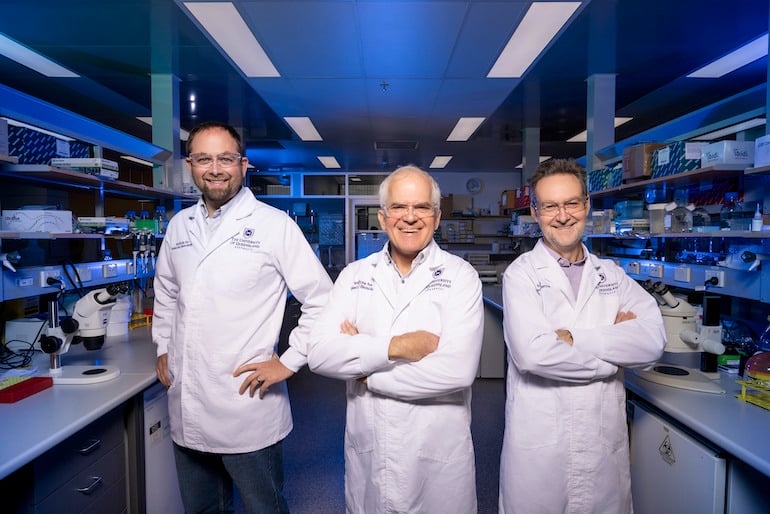 The biotech venture, spun out of University of Queensland, uses a molecule in the venom of the K’gari (Fraser Island) funnel-web spider, as the possible drug solution, called IB001 and discovered by a UQ research team.

The funding will go towards establishing Infensa and developing the drug to clinical trials after the university’s commercialisation company UniQuest licensed the idea.

The startup’s name comes from the scientific name of the K’gari funnel-web spider, Hadronyche infensa. The Sydney funnel-web is consider the world’s most deadly spider, with 13 people dying from bites in the 20th Century before anti-venom became readily available.

“The heart can’t regenerate muscle cells that die during a heart attack, which is why these injuries cause permanent damage and can lead to heart failure, disability and reduced quality of life,” Dr Smythe said.

“IB001 blocks the signals that causes heart cells to die, and when given immediately to heart attack victims could reduce damage to the heart and significantly improve outcomes for people with heart disease, particularly in rural and remote regions.” Professor Glenn King and Associate Professor Nathan Palpant from UQ’s Institute for Molecular Bioscience discovered last year that the drug candidate prevented cell death caused by loss of oxygen to the heart and brain during heart attacks and stroke.

“Infensa Bioscience hopes to start Phase I clinical trials as a heart attack treatment in Queensland next year,” he said.

The company is also planning to raise additional funds to support the development of drugs to treat stroke and extend the life of donor hearts used for organ transplants.