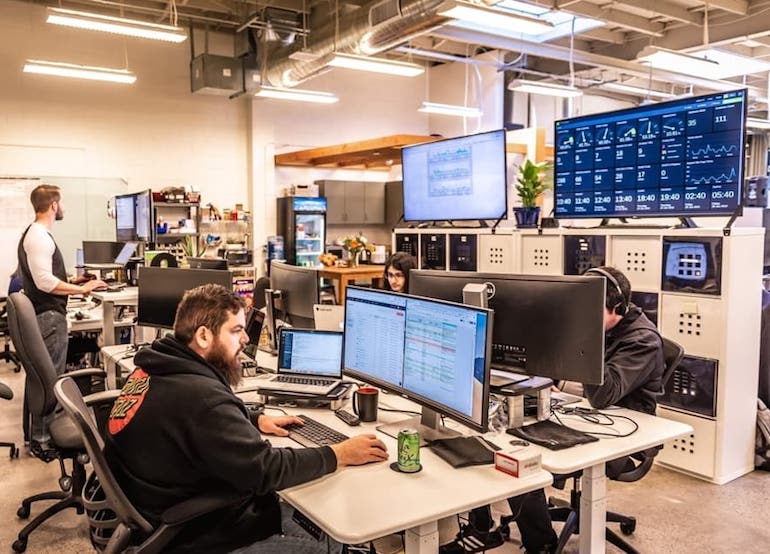 UpGuard's Mountain View office in the US. Source: UpGuard

Firemark was among several investors backing the nine-year-old business once again, including Pelion Venture Partners, Square Peg Capital and August Capital, bringing the total raised to A$59 million, following a previous raise in 2016.

The cybersecurity platform helps businesses assess and monitor the risk of their third-party vendors to reduce data breaches. The company claiming that it has secured more than 2 billion data leaks for companies including Facebook, Amazon, GoDaddy and Tesla.

Co-founder and co-CEO Mike Baukes said that since its last raise five years years ago, the business has seen sales grow at nearly 129% year-on-year. Customer numbers in 2020 are up 179% and they are expected to double by end of this year.

“With third party breaches and supply chain leaks becoming a nearly daily occurrence, monitoring your vendors has become absolutely critical to anyone who manages business risk,” he said.

“We are extremely fortunate to be able to use this investment to continue building fantastic products to protect our customers against this threat, wherever in the world they may be.”

Firemark Ventures is IAG’s strategic $75m venture capital fund and the insurer is best known for the CGU and NRMA Insurance brands.

“We look forward to continuing our investment and partnership with UpGuard as we work together to explore new ways to help customers mitigate and reduce their cyber risk,” he said.

UpGuard has Hobart, Tasmania as its head office, with others in Melbourne, Sydney, Auckland and Bangalore, India, as well as five more in the US.