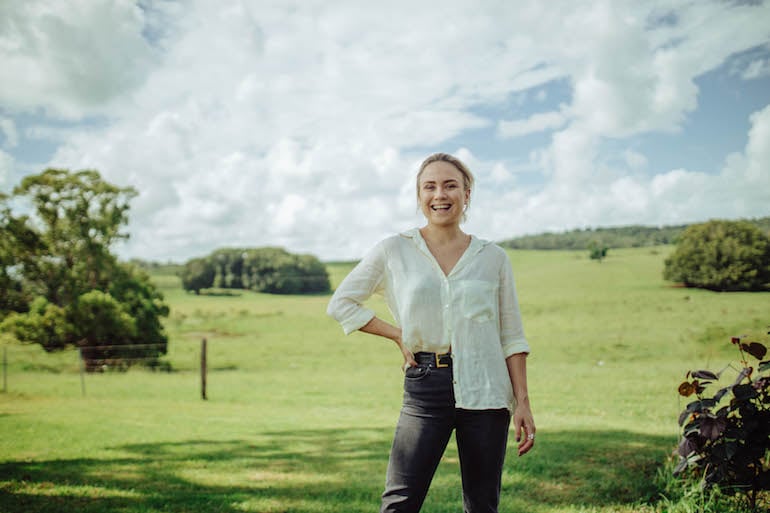 A female-founded wellness management platform for youth athletes has closed a $2.5 million seed round as it looks to help athletes with their mental health.

Brisbane-based iNSPIRETEK was founded by former competitive gymnast Annie Flamsteed to provide athletes with mental health support and the tools they need when they need them most.

The round was led by Sydney VC Investible, alongside tech founders including Vu Tran of GO1, Matthew Browne of Black Nova and David Shein of Our Innovation Fund. Existing backers David and Emma Mactaggart also joined the round and the venture is now looking to open a series A raise to build on interest from US-based investors.

Flamsteed, iNSPIRETEK’s CEO, had her own mental health struggles during her athletic career and said there’s an important correlation between a healthy body and a healthy mind in high-pressure sporting environments.

“Current sporting models that focus on elite athletes are missing a critical time in an individual’s development,” she said.

“Our goal is to drive positive behavioural change for athletes. Performance is just a by-product of that.”

The startup now has close to 20 full time staff across Brisbane and Sydney and is currently scaling up both its APAC and US teams with a view for further expansion beyond Series A next month, with a valuation of more than $50 million being touted.

iNSPIRETEK automates mental health interventions using data-driven technology so organisations can track results, identify trends, as well as engage and educate their communities on a better understanding of holistic wellbeing.

It’s already being used by more than 10,000 school-aged athletes and 40 organisations, from national sporting bodies, to clubs, and schools.

“The sheer speed and level of adoption tells us that this product is not only highly relevant but critical to the future of the sporting industry,” Flamsteed said.

Its advocates include tennis coach Darren Cahill, who coached Lleyton Hewitt, Andre Agassi and most recently Simona Halep to Grand Slam titles and the world No. 1 ranking.

“iNSPIRETEK’s intervention technology addresses mental wellness in sport at a grassroots level, recognising that individual resilience cannot occur when a person is thrust into a rigorous training regime and public scrutiny without the proper tools and support,” he said.

“The importance of this technology has been heightened in recent times, as more professional athletes have put a spotlight on systemic mental health issues affecting all athletes.”

George Mackin, chairman of SmartSports, said his firm backed the venture because it is introducing something unique to sports and health technology.

“Annie is one of the more impressive young founders we have come across, and the company is focused on solving an increasingly important issue in youth sports, and in the world in general,” he said.

“It is as important to focus on mental wellbeing as physical performance which is where global peers fall short,” he said.

“Coupling the broad impact of the platform, the traction to date and the high calibre management team, it is unsurprising to see further investor interest at this early stage.”

iNSPIRETEK is available on both mobile and web-based platforms at inspiretek.io

Previous article COMPUTER SAYS NO: The trouble with chatbots and how to use them better
Next article HungryPanda gobbles up Asian food delivery platforms Easi and Buy@Home
Via Funding
Tags investiblemental healthnewsseed fundingsport