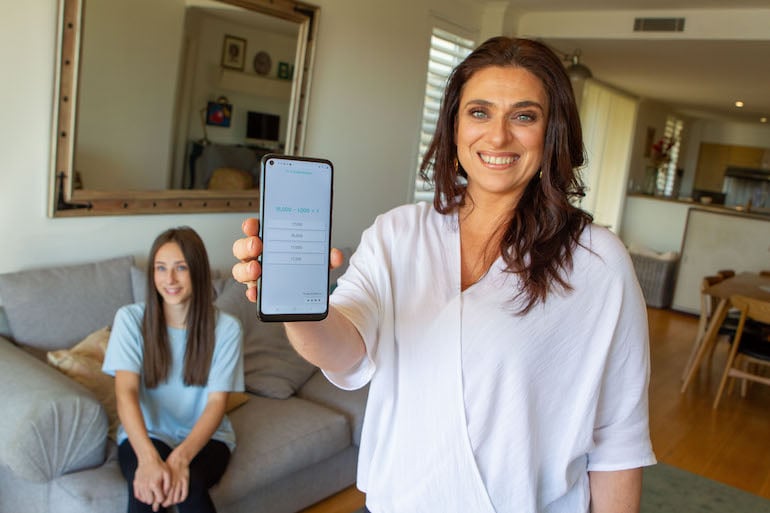 An educational app that helps screen-addicted kids study has raised nearly $2 million in a crowdfunding campaign through OnMarket.

1Question launched in April via the App Store and Google Play and already has over 13,000 downloads.

Ann Elnekave developed 1Question with her husband, Issac. The phone app is designed for children up to age 12 and makes them answer a maths question before they can access their favourite apps.

Parents can also download the 1Question Parent app, which offers an AI driven, real time, dashboard of their child’s progress.

The cash is earmarked to scale the app globally, with the pair encouraged by Apple’s recent announcement that it will release its Screen Time API.

Elnekave said it felt like a double win and she hopes to hit the US market as soon as August.

“1Question is unique in the world of apps – it requires a child to answer a quick study question before they can open their favourite apps, much like flashcards, or a parent helping a child revise by asking random unexpected questions,” she said.

“If you want to open TikTok, yeah sure, but first, what’s 7×8? Engagement is the holy grail of educators and we believe 1Question has cracked the code for students by blending screen time and study to maximise your child’s valuable, existing, engagement.”

During the crowdfunding campaign signed a Memorandum of Understanding with local smartphone and tablets manufacturer IQU Group will see the app preinstalled on its mobile devices.

Elnekave said it was significant because these are the types of phones parents often buy their children.

“They are very affordable and can easily house all the apps kids are using which is a great opportunity to integrate 1Question into their screen time as a revision tool. We’ve already had students asking us to add more content to help them revise for their upcoming exams,” she said.