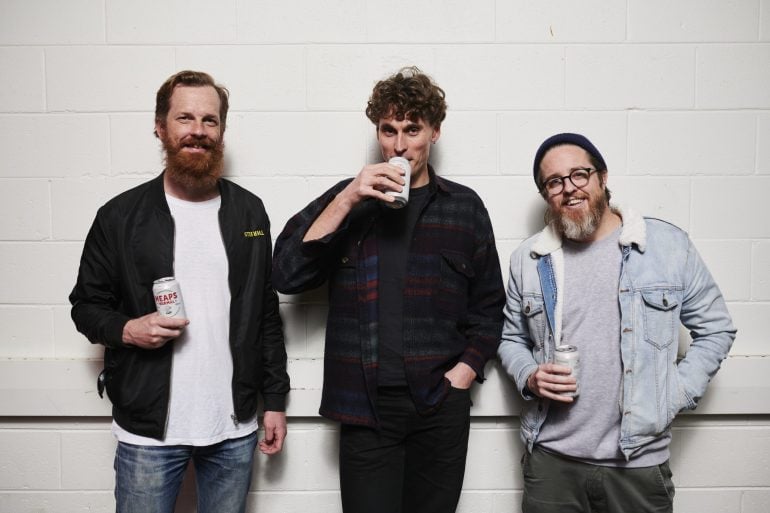 Non-alcoholic beer brand Heaps Normal has raised $8.5 million in a Series A.

“When we launched, we thought there were probably a few people like us who wanted to cut back on the booze, but didn’t necessarily identify as sober,” he said.

“It turns out there’s a lot more people in that camp than we first thought. We’ve spent the last six months selling beer faster than we can make it.”

Plans to build a dedicated production facility – the beer is currently brewed at Brick Lane’s Mornington Peninsula brewery – are now in place with Miller hoping to capture 20% of Australia’s non-alcoholic beer market by 2025.

“Australia is only now catching up to the rest of the world when it comes to great tasting non-alc beer, but we’re catching up pretty bloody quickly,” he said.

“Of course we’ve worked really hard to develop a great tasting beer that can stand up to a full-strength flavour, but we also feel super fortunate to have tapped into a culture shift away from the stigma traditionally associated with cutting back on the booze.

The no- and low-alcohol market in Australia is predicted to grow by +16% over the four years to 2024, with younger generations as a key market.

Miller says the biggest indicator of a behavioural shift is the uptake of Heaps Normal over other alcoholic beer options.

“Retailers with hundreds of beers in their range, like Beer Cartel, Kaddy and Blackhearts & Sparrows are selling more Heaps Normal than any other beer,” he said.

“We get stories that involve someone being able to order a Heaps Normal by name at a venue, and not even have to ask about non-alcoholic options.”

“This is a product and a brand that all beer drinkers can get behind, not just those who are abstaining. That kind of cultural relevance combined with social impact is what excites me the most,” he said.

“I can’t think of an example before now of a non-alc brand that has been cooler than an alcoholic brand.”

Matt de Boer, who, when not investing, plays AFL with the GWS Giants, said the brand resonated with him on a number of levels.

“As an athlete, you’re always seeking out that added advantage by sharpening your performance. I think we’re all becoming more conscious of how we can optimise our own conditions, and the no- and low-alc movement really taps into that,” he said.

“As an investor, Heaps Normal embodies the kind of positive disruption and high-growth opportunity that we are looking to back. The non-alc space has gathered a lot of steam recently, but these guys are leading the conversation.

“When it comes to changing behaviours and mindsets, you have to do two things: create a viable alternative, and know your customer,” she said.

“What Andy and the team have done is build a brand around those two core principles to give beer drinkers a choice that doesn’t feel like a compromise but goes a long way in shifting social norms and expectations.”

Heaps Normal launched in July 2020 and sold out, with all 500 cases snapped up, in its first week of trade. It’s now available in more than 2000 Australian retailers and venues.