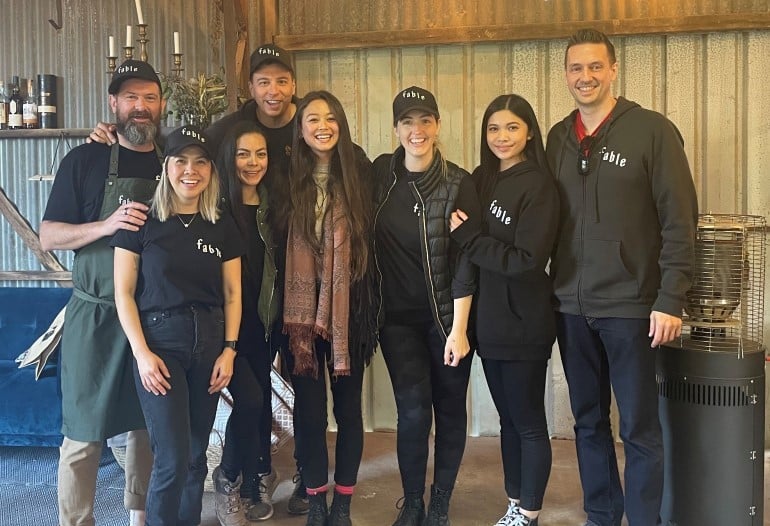 The Intergovernmental Panel on Climate Change report released this week was described as a “code red for humanity”.

We’ve been collectively called upon to drastically reduce emissions in order to stabilise rising temperatures that are already beginning to cause natural events of biblical proportions. Meaningful emissions cuts won’t happen unless we come up with strategies for better land use, agriculture and human diets.

The climate impact of cattle and meat production is a key concern cited by climate scientists, and the alternative meat industry provides a path to mitigating and adapting to climate change. 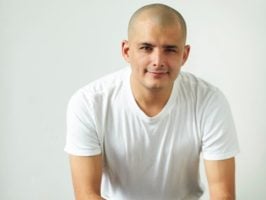 At Aera VC, we take bets on breakthroughs to a sustainable future. The health of our planet and our species is the biggest return on investment that we could hope for.

With that in mind, we are thrilled to announce our participation in Fable Food Co.’s recent AU$6.5 million seed funding round.

Fable is a Brisbane-based startup pioneering a meaty alternative made almost exclusively out of shiitake mushrooms. Founded in December 2019, Fable has already introduced its flagship alternative pulled meat to market with ready meals sold at major supermarkets or featured in restaurants.

We’re bullish on the plant-based meat industry and on Fable’s path to market.

Australians often poke fun at the country’s love of all things meat. Every year, the meat industry comes out with an Australia Day ad suggesting those who don’t throw some lamb on the barbie on Australia Day are being “un-Australian”.

“A balanced Australia Day diet should consist of a few nice juicy lamb chops and beer, and perhaps a bit of pavlova for those with a sweet tooth,” says Sam Kekovich, Aussie sports commentator and “Lambassador” during a classic PSA-style Australia Day ad from 2007. “The soap-avoiding, pot-smoking, hippie vegetarians may disagree with me, but they can get stuffed.”

Yes, meat has a nostalgic place in many Aussies’ (and Kiwis’) hearts, and yet the country appears to be making inroads toward kicking its heavily meat-based lifestyle, or at least embracing a more flexitarian diet. Australia’s plant-based meat industry is on an exponential rise, positioning the country as a potential major global exporter of alternative protein products. Despite the pandemic, retail sales jumped 46% YOY driven by consumer demand for healthier and climate-friendly meat alternatives, and manufacturing revenues increased, doubling to AU $70 million (~ US$27 million to US$54 million).

Admittedly this growth is off a small base but the future is clear and Fable is undoubtedly one of the companies that’s leading the charge.

Veggie burgers and sausages lacking a familiar meatiness texture have been our only options for far too long.

We’ve seen a series of startups using young jackfruit and other options to try to achieve the texture and taste of beef brisket and pulled pork, but nothing has quite achieved a formidable solution and none have yet dominated this niche.

When we’re sorting through the flood of alternative protein startups, we like to look for people who are solving a particular sliver of a massively growing pie.

Mushrooms are already a meatier type of vegetable, packed with nutrition and boasting that “umami” flavour. They’ve packaged well into the company’s ready to eat plates of stroganoff or chili con carne and will be a market hit wherever they’re available.

One of Fable’s key differentiators is its minimal processing.

A lot of plant-based meats and chickens undergo significant treatment to achieve a certain taste and texture. And when you’re trying to save the planet, and the ingredient list gets longer and longer, we will start to question what the tradeoff is for our own wellbeing when in fact what we all want is a healthier alternative that tastes just as good but is also better for the environment and animal welfare.

Another upside of basing a product off mushrooms is that this fungi requires far less space to achieve profitability and volume.

A Cornell University study found that one half-acre of woodland can support a 1,000-log shiitake operation able to produce up to half a million kilograms of mushrooms, with significant gross profit per acre and can also be grown indoors at scale.

At Aera VC, a main mission behind why we do what we do is to back carbon reduction technologies and companies with a pathway to reversing climate change. It’s critical to us that Fable can build a consumer product that’s nutritious, healthy, delicious and has a significantly reduced carbon footprint. If someone happily chooses Fable over a farmed beef option, that’s a win for everyone!

A working prototype and early traction

Fable was already out there making a name for itself before we came on board. Within a year of launching, the company had retail distribution with Woolworths, Coles and Harris Farm Markets. It pivoted well during the pandemic to partner with meal delivery services Marley Spoon and Dinnerly.

Fable’s braised mushroom product is featured on restaurant menus in Australia and Singapore.   Recently, the company launched its proprietary Meaty Mushroom Burger Pattie in partnership with Grill’d and its 136 stores around the country.

Celebrity chef Heston Blumenthal has worked with the company to create a limited edition burger at Grill’d, as well as a range of Fable-based dishes throughout his restaurants in Melbourne. In short, Fable is on the pathway to acceleration.

A great team to work with

Any investor will tell you that the team is one of the biggest determining factors behind investment.

Michael Fox, co-founder and CEO, is a second-time founder. His first company, Shoes of Prey, a high-profile startup that aimed to remove inventory and waste in the fashion supply chain through on-demand manufacturing, didn’t work out in the end but it started with a bold and ambitious vision that got a lot of people’s attention.

Jim Fuller, co-founder and chief science officer, is  a triple threat: chemical engineer, former top chef and a mycologist, or a mushroom specialist.

Chris McLoughlin, the last co-founder, has a background in entrepreneurship but he later co-founded Australia’s largest Certified Organic mushroom farming company. The agricultural expertise, business know-how and earnest commitment to sustainability of the team gave us a lot of faith that the company would be able to keep a handle on its supply chain.

With a team like Fable and the product they’ve started with, we’re excited to watch them grow and take on America and the world by storm.