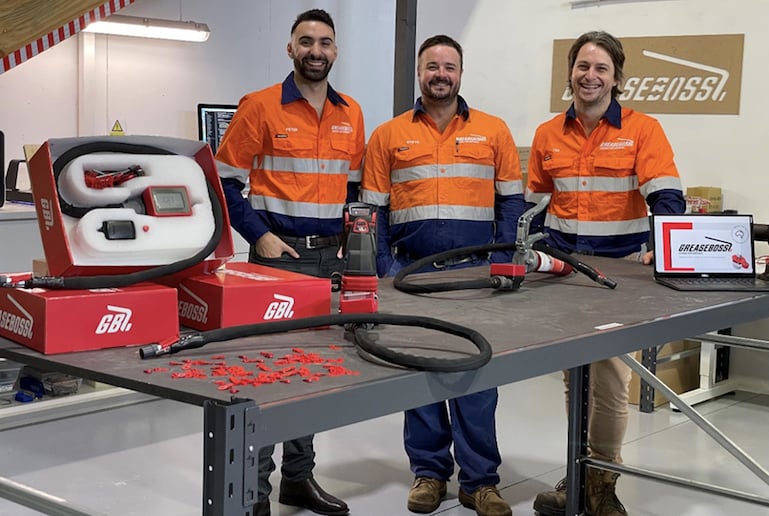 Queensland tech startup GreaseBoss, which keeps the wheels of industrial machinery spinning, has raised $2.5 million in a seed round.

The Sunshine Coast business now counts San Francisco 49ers footballer “Joe Cool” Montana among its investors in the round led by Michael Dempsey from Pipeline Capital, with PioneerVC and Cathexis. GreaseBoss received initial funding from Trent Bagnall from The Melt and Brent Watts from 77 Partners.

The business verifies that industrial machinery has the right lubrication levels to function effectively. Its first installation was with Australian mining giant Glencore and the business now has clients in mining, marine, utilities and manufacturing. The business is eyeing off new markets in Southeast Asia and South America.

The problem they solve costs industry a staggering $50 billion per year. Known as unplanned downtime, it’s when machinery breaks down due to incorrect maintenance and lubrication is a critical issue in that failure. GreaseBoss addresses the fact that there’s often no way of checking whether grease has been injected where it needs to be and regular grease application prone to human error.

Co-founder and CEO, Steve Barnett the majority of unplanned downtime is due to humans incorrectly greasing the equipment.

“GreaseBoss is designed to provide the operator using the grease gun with up to date information. enabling them to complete their job more effectively while greatly reducing the potential for errors,” he said.

“It is not a surprise that heavy machinery will sometimes fail. When we envision this, we imagine a particularly tough rock stopping an excavator in its tracks or an excessively heavy load applied to a crane. The reality is that most of the unplanned downtime is due to humans failing to maintain the equipment. Surprisingly these enormous, expensive and vital pieces of equipment are brought down by the failure to grease them; rather than a dramatic incident.”

After the Hall of Fame quarterback retired in the mid-’90s after 192 NFL games, Montana, also known as “the Comeback Kid”, went on to lead  San Francisco VC fund Liquid2 Ventures.

“Apart from being a legend on the sporting field, Joe Montana now has a similar reputation for picking companies with tremendous upside. It did not take much convincing to get him to invest in us. He got what we were trying to do from day one,” Barnett said.

“GreaseBoss is a globally scalable technology solution to a problem experienced by all industrial operations. Our vision is for GreaseBoss to ensure every grease point receives the right grease at the right time in the right quantity: effectively eliminating lubrication failure.” 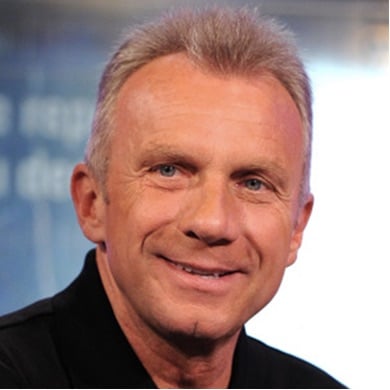 “There’s only one reason for doing anything you set out to do; to become the best. At Liquid2 Ventures, we saw this spark in GreaseBoss and believe they will become global leaders in their field,” he said.

Pipeline Capital director Michael Dempsey, a former mechanical engineer, said he was excited that GreaseBoss was finally solving the age-old problem of ‘have you greased the machines?’

“We’ve all been there when the machinery has seized up and production shuts down. Pipeline Capital is very happy to announce its investment in Grease Boss. We believe it has global applications and will be another Australian Unicorn,” he said.

Mark Friday from Cathexis said the company was a “why didn’t I think of that?” moment.

“This is an experienced team going after a big industry with big machinery and equipment, and we are just excited to have the opportunity to help the GreaseBoss team grow and expand,” he said.

Steve Barnet said they now in the 4th generation system and the cash injection will help them launch new services.

“This capital raise enables us to keep close to our customers, remain agile and build capacity to deliver new products and services they will come to depend on. There are billions of grease points in the world, ensuring they are all greased is just the start for us,” he said.

“We are launching GreaseBoss track and trace technology into the hands of maintenance teams around the world. This will enable safer, cost-effective and more productive industrial operations.”