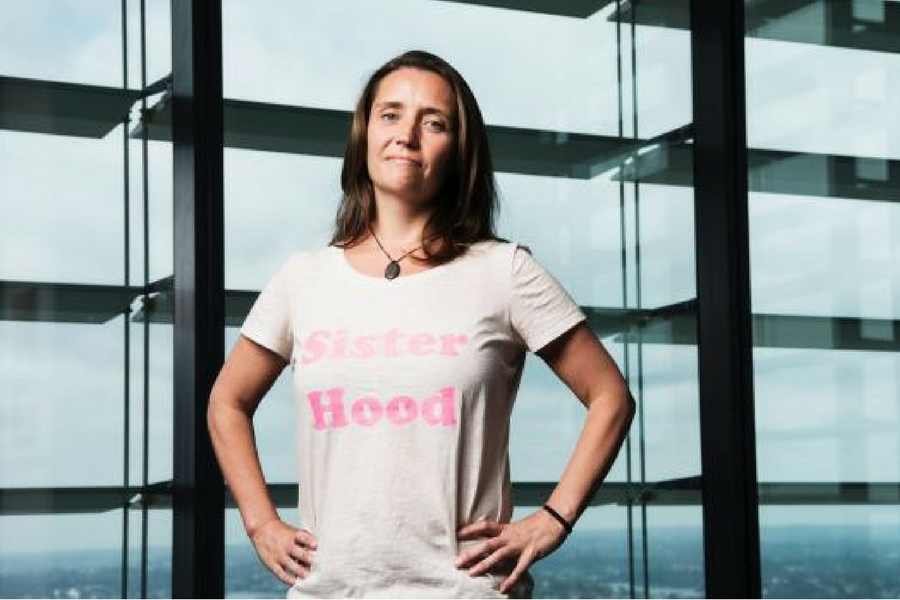 Fresh off the news that it will be moving into the new Sydney Startup Hub, Fishburners has announced that Murray Hurps will be stepping down from his role as CEO, with muru-D cofounder Annie Parker set to take the position of interim CEO in his place.

Hurps, who first took the reigns of “interim CEO” in 2014, wrote in a LinkedIn post that after three years of working to grow the Fishburners community, he felt like his role was “complete”.

“In the three years that followed, I’m incredibly proud to have grown our community to 845 startups, and secured new spaces for our community in Brisbane, Shanghai, and Sydney,” he wrote.

“We’ve grown the Fishburners team from one incredible person – Pandora – to 13 incredible people, and I’ve had the honour of working with the best chair any CEO could hope for, Katherine Woodthorpe. In this moment, I feel like the future of Fishburners is secure, my role of ‘interim CEO’ is complete, and I’ve decided to move on and find my next challenge.”

Hurps’ tenure saw Fishburners progress through numerous stages of growth, with the organisation branching from its initial Ultimo location in Sydney to locations in Brisbane, Shanghai and, in the coming months, the $35 million Sydney Startup Hub backed by Jobs for NSW.

The organisation also formed a number of integral partnerships under Hurps, working beside NAB and, recently, Indigenous-focused accelerator Barayamal.

“I’m incredibly proud of what the Fishburners team and our members have achieved in my time and the fact that I’ve led the organisation through this period of growth and success,” added Hurps.

Before going onto thank a huge list of people, Hurps wrote that he would be looking for positions which are “similarly rewarding” to the CEO role at Fishburners, inviting others to send any “referrals” his way.

Hurps added that he would also be “putting more time” into the Startup Muster 2017 survey, an initiative which he cofounded in 2013, and for which he currently acts as CTO.

Taking over in the role of interim CEO at Fishburners will be Annie Parker, who will begin her tenure this coming Monday.

Parker said she was looking forward to carrying the community through its next stage of growth.

“Fishburners has nurtured some amazing startups in the last few years and the ongoing interest from new startups in being part of the program it runs speaks to the successes it has created,” she said.

No stranger to the startup space, Parker launched Telstra-sponsored accelerator muru-D in 2013 before announcing her departure late last year to create Lighthouse, a tech precinct that was to be housed at the Barangaroo precinct in Sydney.

Parker said at the time that the decision was made after seeing a “potentially huge overlap” with Fishburners’ new home, the Sydney Startup Hub.

“As the weeks and months passed by, it became obvious that the overlap, particularly on the physical location side, was too large and there was simply not enough demand to cover two big locations – property was an integral part of our offering,” she explained.

Speaking about the upcoming move to the hub, where Fishburners will be an anchor tenant, Parker said she is anticipating the space to be “very likely full” close to launch.

“The new space in the Hub allows us to not only focus on early stage startups, but gives a home to them as grow and mature without losing the DNA that the Fishburners’ community provides,” she said.