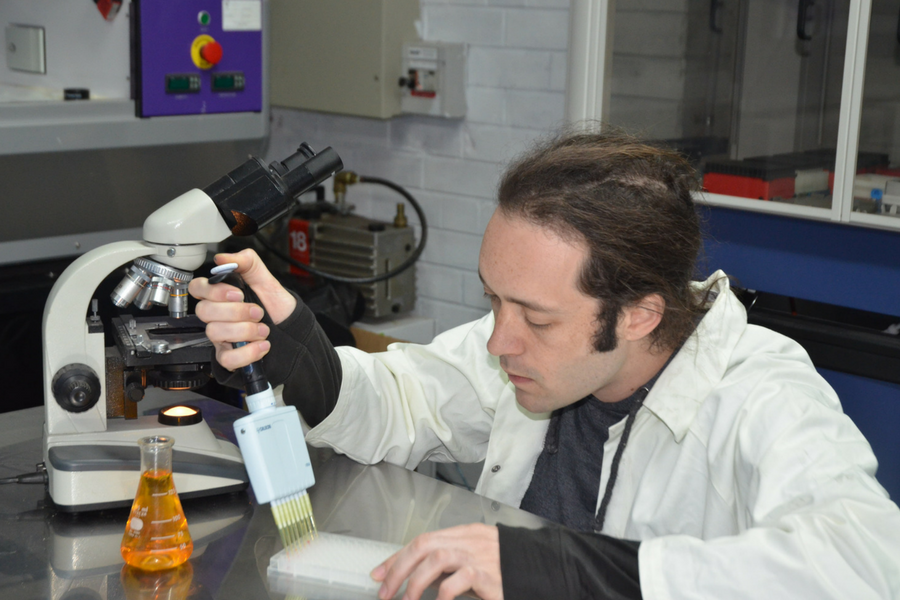 What appeared on the surface to be an open-shut case between a public transport user and Transport NSW on Monday at Newtown Local Court has turned into what could become the first legal case in Australia about human cyborg rights in March 2018 if both parties choose to proceed with their current course of action.

The plaintiff, Meow-Ludo Disco Gamma Meow-Meow, is a biohacker and cofounder of Biofoundry, the first community lab for citizen scientists set up in Australia. Meow-Meow also happens to be running as a Science Party candidate in the upcoming by-election for the seat of New England on December 2nd.

In June of this year Meow-Meow implanted the chip from a New South Wales Transport Opal card under the skin of his left hand, allowing him to travel Sydney’s public transport system in a seamless fashion, fumble-free. Although the concept of implanting technologies into the human body seems like the stuff of science fiction movies, and for some in society perhaps even a little “out there”, the practice of enhancing the human condition via tech is nothing new.

HealthTech creations such as the cochlear implant, the pace maker, and the insulin pump for individuals with diabetes are already common. Apple announced earlier this year it was bringing out its own hearing aid completely controlled by an app on your iPhone or watch device – and the hardware, like current cochlear implants, would need to be inserted into the human body.

As a society it raises an important question, why are we able to accept implantable technology when it comes to improving human health, but when it comes to enhancing the human life experience / daily efficiencies, morality becomes an issue?

“Something like this is pretty radical, and some people think it goes too far,” said Meow-Meow.

Like Meow-Meow, I can appreciate that line of thinking, but it does raise a very important set of legal questions, which is why the case between Meow-Meow and Transport NSW is scheduled to be heard in March 2018 – does a human have a right to choose what they implant into their own body? Is it a human right to own a technology once it is inside of you?

Right now, because Opal cards are the property of New South Wales Government, it is not clear whether or not Meow-Meow owns the arm his Opal chip is implanted in, or whether it is owned by the Government.

“The Government shouldn’t have control over what we choose to implant into our bodies,” said Meow-Meow.

But right now, at least one individual within Transport NSW thinks that they do have that right ,because after seeing Meow-Meow make a television appearance on Channel Nine earlier this year where he spoke about his modification and the general biohacking movement which he is pioneering in Australia, they decided to go into the Opal card system, find a card that was registered to Meow-Ludo Meow-Meow and cancel it, rendering it useless.

As it turns out, it was not the card Meow-Meow implanted but what if it had been? Does the Government have the right to force a person into having a surgical procedure? Because that is what would have needed to happen to remove the deactivated hardware from Meow-Meow’s body.

This case is not about Opal cards, it is about the sovereignty an individual has over their own body.