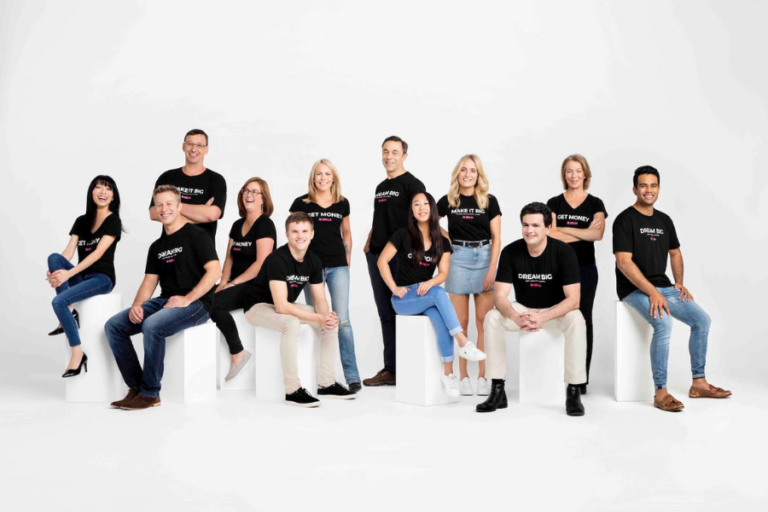 Neobanks and fintech lenders such as Xinja, Judo, Get Capital, Society One and Volt Bank dominated Australian startup sector funding in the first quarter of 2020 in a boom-time beginning to the year.

Startup sector analysts Techboard hve been monitoring Australian startup and tech sector growth since 2017 and the March quarter 2020 was the second highest in that time with A$1.75 billion in funding secured. That level is only surpassed by the March quarter last year at $2.739 billion, but that figure included the A$1.6bn PEXA acquisition, so this year has been strong ahead of covid-19’s sting.

Several very large rounds by five neobanks and fintech lenders accounted for 70.4% of the funding raised and the 2020 March quarter set a record for private investment captured by Techboard at $1.2 billion captured. The vast majority of that private investment went to fintech (79%), and in particular, the top 3 private investments for Xinja, Judo Bank and Volt Bank totalled $903 million of the $962 million raised by fintechs.

The highlights for the quarter include:

But there were downturns, with IPO and post-listing raises dropping by more than 40% down from the average quarterly levels in 2019.
However, the good news continued in April according to Techboard CEO and co-founder Peter van Bruchem, with $1 billion raised – have of that figure coming from the Commonwealth Government allocating $500 million to Judo Bank for lending to small businesses hit by covid-19.

“So given the strength of funding in the first four months of 2020, we can deduce that were it not for covid the strong underlying growth we had been seeing would continue.”

Nonetheless, van Bruchem says that when you break down the data, a less rosy picture starts to emerge and that reinforced by talk of many companies planned funding events not going ahead.

“While we can take some positives from the data, it could have been much better news had we not been hit with coronavirus,” he said.

“Over the last year or more we have been observing a number of trends that we have reported on previously the most notable have been the downwards trend in the number of published deals and the general increase in deal size.

van Bruchem said that matches what they are hearing anecdotally.

It seems that in the absence of covid-19, we would have seen a continued growth on what we had seen in previous periods,” he said

He’s now working on the May data to release it as soon as possible, along with the annual funding report for the 2019-20 financial year. 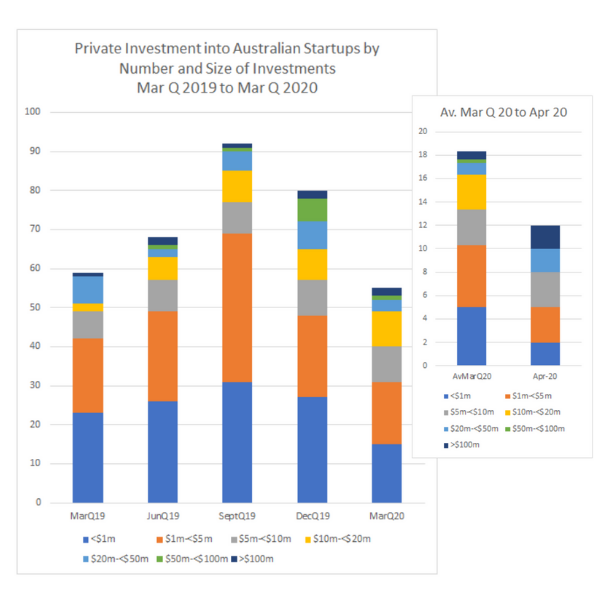 Private investment in the March quarter 2020, by deal size and number. Source: Techboard