THE FINNIES: Here are the best fintech businesses in Australia 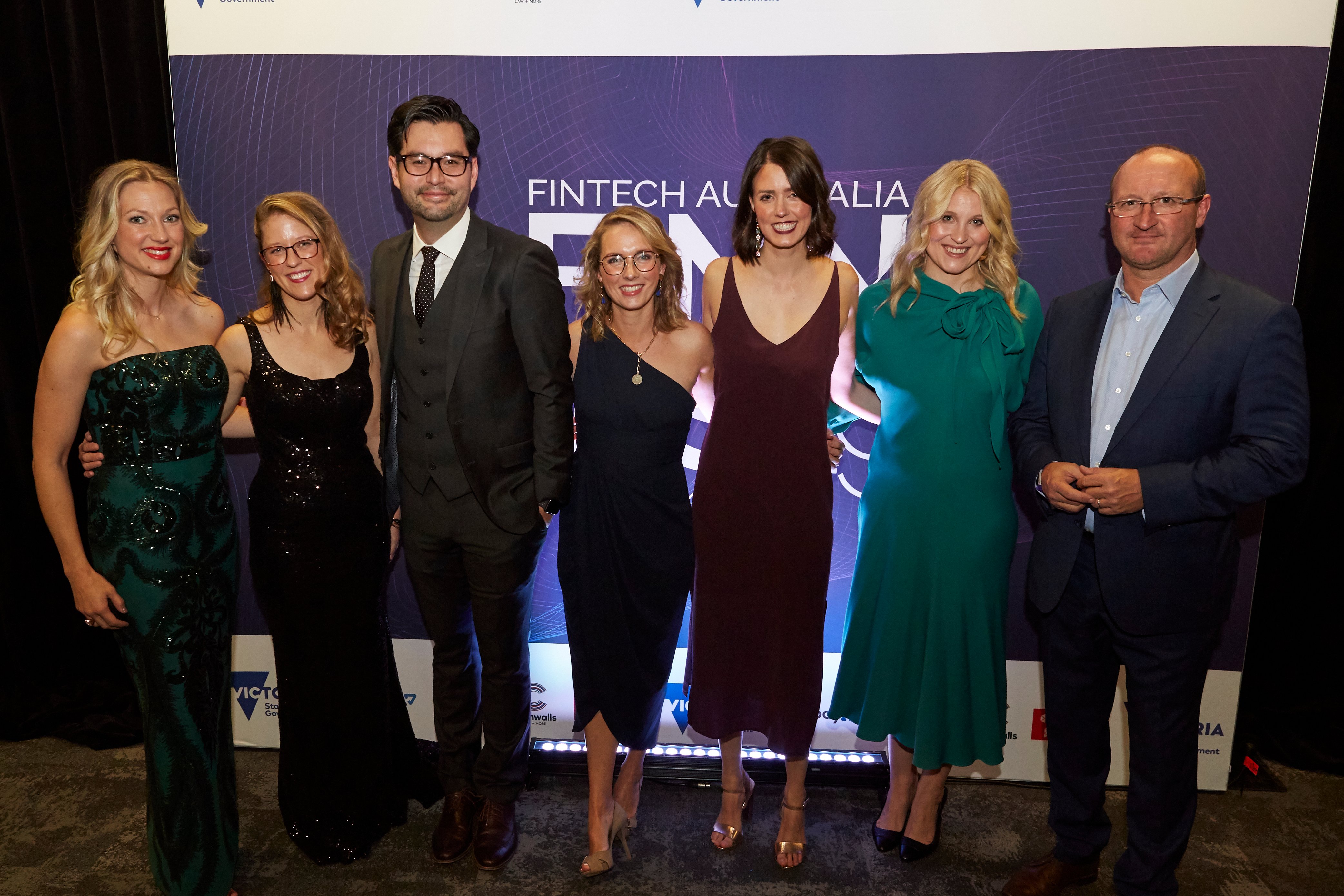 Up Bank, Airwallex and Afterpay are among the major winners of the 2019 FinTech Australia Finnie awards, announced in Melbourne last night.

Afterpay was named Fintech Organisation of The Year for the third year in a row – the entire history of the awards – while Airwallex scored three awards, including Biggest Raise of The Year for its $141 million March round, which turned the company into Australia’s latest tech unicorn.

Up Bank and AfterPay both took home two awards each.

FinTech Australia General Manager Rebecca Schot-Guppy said the 2019 awards were a massive success, with entries increasing by 30% on last year. There were a total 237 submissions this year across 19 categories.

“I want to offer my congratulations to all the winners of this year’s Finnie Awards, this group of companies represent the best of our ecosystem and our achievements to date,” she said.

“Airwallex, Up Bank’s and Afterpay achievement also can’t be understated, given the calibre of all of the entries.”

The sold out presentation night at the Victorian Innovation Hub in Docklands saw 15 businesses recognised all up.

Stuart Stoyan, founder and CEO, MoneyPlace, with his Finnies award for deal of the year

Schot-Guppy said the popularity of The Finnies reflected unprecedented growth in the fintech sector in the past year and the quality of entries in the partnership category was indicative of the growing importance of collaboration between fintechs and banks, especially in the wake of the Hayne banking royal commission.

“All of this remarkable innovation and the pace of change showed in the calibre of this year’s entries. We can’t stress enough how tough it was to select the finalists and how proud companies should be for even making it into shortlist,” she said.

“We saw the emergence of our first fintech unicorns in Airwallex and Afterpay. Over the next 12 months we will see the continued rise of neobanking in Australia, the launch of Open Banking and perhaps another of our winners will achieve unicorn status.”

Stuart Stoyan, founder and CEO, MoneyPlace, which was awarded deal of the year after the three-year-old consumer lending business was acquired by on-bank lender Liberty has purchased MoneyPlace,

“MoneyPlace and Liberty’s shared values in financial wellness meant this deal was a natural fit for us to really start to scale-up and grow our team.

“We’re now doing for personal loans what Liberty has done for mortgages over the last 20 years, giving customers access to cheaper, better loans than the big banks.

“The startup journey can be challenging, but this deal has set MoneyPlace up for success and we’re really proud of our team and the work we’re doing to disrupt the personal loan market in Australia.”

Startup Daily sponsored The Finnies and AJ Koch, managing director of our publisher, Pinstripe Media, said it was a thrilling night for all involved.

“It was an incredible room to be in full of big thinkers, challengers, and businesses very quickly becoming household names,” he said.

“It’s such an exciting time in innovation, to be witnessing this current revolution in consumer finance led by the people present last night. Congratulations to the winners as well as all the finalists, especially Up who won the Startup Daily award for excellence in collaboration and partnerships.”

Home loan disruptor Athena won Emerging FinTech Organisation of the Year. Co-founders Nathan Walsh and Michael Starkey said it was incredibly humbling to win so early in their journey.

“We are so proud of the team we have built and the mark we have made on the home loan sector in such a short time,” they said.

Here are the winners of the FinTech Australia 2019 Finnie Awards:

FinTech Organisation of the Year: Afterpay

Emerging FinTech Leader of the Year (under 35): Jessica Ellerm, Zuper

Best Partnership of the Year: Up (Bendigo and Adelaide Bank, and Ferocia)

Biggest Raise of the Year: Airwallex

Deal of the Year: MoneyPlace

Excellence in Industry Collaborations & Partnerships: Up  Banking (Bendigo and Adelaide Bank, and Ferocia)

Sponsored by The State of Victoria Department of Jobs, Precincts and Regions

Startup Daily was a sponsor of the 2019 Finnies awards.

Previous article There’s a week left for NSW-based startups to apply for MVP funding worth up to $25,000
Next article Australia’s money-laundering cop is worried about fintech startups such as Afterpay
Via Fintech
Tags Afterpayairwallexawardsfinniesfintech australia