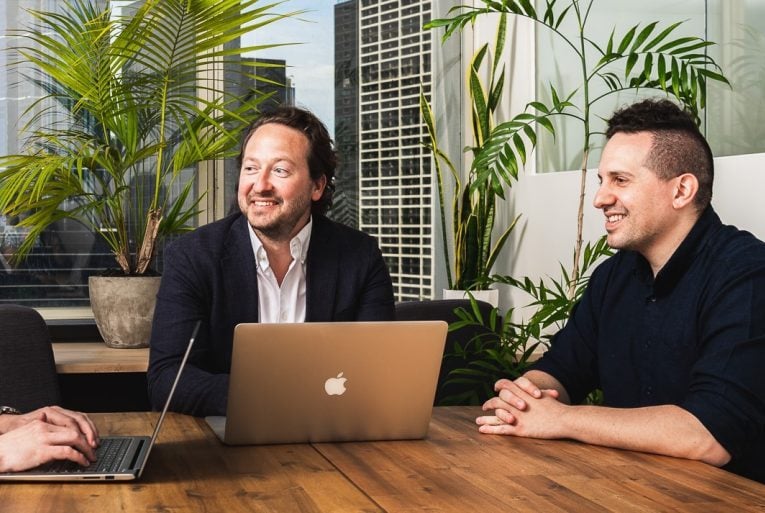 The validity of the idea of simplifying the bulk of company’s financial administration through automation – co-founder Michael Nuciforo calls it “a CFO in your pocket” – saw the raise hit its maximum target and close early after just three days.

Nuciforo and co-founder Ben Winford launched Thrive in response to what they saw as the lack of support that SMEs received from banks and accounting packages to manage finances.

“The average small business spends over 6 hours a week and uses five different tools to manage their money. We have created a simple, intuitive and automated solution that completely reimagines how a product can improve the financial wellbeing of a business,” Nuciforo said.

Their tech also combines a smart business account and a debit card facility – Thrive announced a partnership with Mastercard the week before the campaign launched and has also inked an unannounced deal with an Australian bank.

Available via a monthly subscription, Thrive collates data to determine borrowing capacity and the likelihood of loan repayment, delivering a ground-breaking new way to provide working capital to a business.

Nuciforo says the Thrive team of 12 have been building the tech on sweat equity for over a year.

“It’s taken blood, sweat and tears to get to this point, and finally now we can start growing our team and set the wheels in motion to start rolling out our product to market”.

The Birchal campaign received 860 Expressions of Interest, including 350 SMEs among a waiting list of 7,500 small business owners awaiting Thrive’s product, with more than 500 investors backing the raise.

“It is remarkable for a pre-launch, pre-revenue startup to burst out of the gates and raise as much as Thrive did so quickly. Thrive’s success highlights the calibre of the team they have assembled, to tackle a common pain point felt by millions of SMEs in Australia and globally,” he said

“A successful Birchal campaign requires a lot of hard work, meticulous planning and impeccable execution. Thrive nailed it all.  Raising $3 million in 3 days sets the bar very high for crowd-sourced funding in Australia. It’s a record that we suspect may take a while to beat.”

Michael Nuciforo said that after closing the raise on Friday, they congratulated each other, and then went straight back to work.

“The funding is important, but hard work is what will make this business a success,” he said.

“The response to our campaign was unbelievable. To put $3 million raised over 3 days into context, that’s a staggering $41,667 raised per hour. To reach the maximum in only three days has been gobsmacking for the team.”

Nonetheless, Nuciforo says the $3 million target was “an audacious goal”.

“Unfortunately, the offer was heavily oversubscribed, and many investors missed out. Only 547 investors were able to snap up shares in Thrive before the offer closed,” he said

Nuciforo said the best aspect to the campaign was that “many of the investors are also business owners who want to use Thrive when it launches. This level of backing for what we are building is unprecedented.”

His first startup was Parkhound, an “Airbnb of parking”, which he bootstrapped to $1 million turnover and 100,000 members by the time it was sold in 2017.