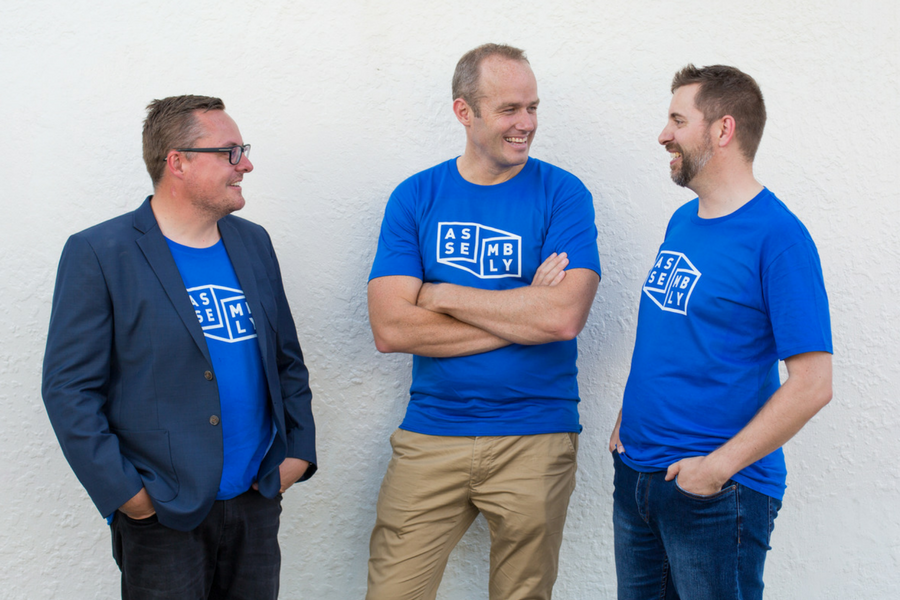 Melbourne fintech startup Assembly Payments has announced today the city will serve as its global headquarters as it gears up to hire more than 60 new team members over the next 12 months.

Founded in 2013, the startup formerly known as PromisePay has already brought on former Xero marketing director Kylie Kneale and Julia Bearzatto, previously tech lead at IBM and CPO of SecurePay.

With 64 employees spread across its offices in Melbourne, Sydney, Manila, and St Louis, Assembly was exploring the idea of heading offshore before the Victorian government offered support in the form of a cash grant.

Simon Lee, CEO of Assembly, said that while the company has a global team, it is committing to make Melbourne its biggest base.

“The local ecosystem and environment are hugely important to us. We think Melbourne has the potential to be one of the most important financial technology centres of the world; it’s one of the most diverse, creative and forward thinking cities in the region, and those are the exact traits we search for in our people, so we think some of the best tech talent in the world can be found right here at home,” he said.

Lee added that the startup doesn’t see staying put rather than heading overseas as “a sacrifice”.

“Silicon Valley companies sell all round the world, as can we. A couple of years ago people would ask why we don’t move to San Francisco or London, but now we’re seeing other Aussie tech companies build international offices but keep HQ at home, so it’s becoming more normal.”

It comes just a few months after the startup signed a deal with the eBay-owned classifieds platform Gumtree to power its Gumtree Connect platform. The service will enable customers to post jobs for tradies, who will then submit quotes, with Assembly taking care of the payment side once a job is done.

Gumtree is one of more than 100 companies using Assembly globally, with the likes of Carsales, Airtasker, and hipages also customers.

Described as a flexible payments platform, with client companies able to manage things like escrow and fraud detection, the startup last June raised $14 million in a Series A round led by Carsales, with participation from other investors including Rampersand,Westpac’s Reinventure, and 99Designs cofounder Mark Harbottle.

Assembly is just the latest company to get support from the Victorian government to base itself in Melbourne.

The government has over the last few years splashed the cash to get global names including Zendesk, Square, and Slack to open offices in the city; Melbourne-founded logistics software startup GetSwift also returned down under after a stint in New York thanks to a push from Victorian Minister for Innovation Philip Dalidakis.

Chairman Bane Hunter said at the time, “We met with [Dalidakis] in the US, where he delivered a pretty compelling pitch as to Melbourne should be our first choice for a move back home.”

Taking a slightly different approach to luring companies to its state is Queensland with its Hot DesQ program, which offers international startups and Australian startups outside Queensland a grant and free coworking space to relocate to the state for six months.