Everything you need to know about Victoria’s earthquake, including staying safe from aftershocks 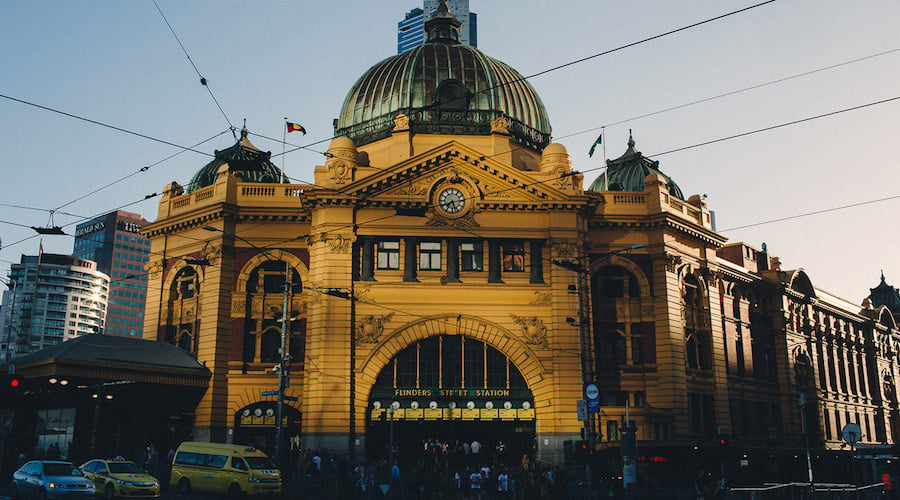 A magnitude 5.8 earthquake has struck about 115 kilometres east of Melbourne in Victoria, causing damage to buildings and forcing residents to evacuate across the city.

The quake, which started near Woods Point at a depth of 12km, was also felt in Sydney, Canberra, Adelaide and even as far as Launceston, Tasmania.

I and the co-author of this article, Dee Ninis, work as earthquake scientists at the Seismology Research Centre. Researching earthquakes is our life’s work. Here’s what you need to know to understand why Wednesday’s earthquake happened, and the geological conditions that triggered it.

Where was it exactly?

On-ground sensors distributed by the Seismology Research Centre have confirmed the earthquake was of a 5.8 magnitude, with an epicentre about 60km south-east of Mansfield in Victoria. The preliminary focal mechanism of this earthquake is strike-slip, meaning the rocks likely slid past each other laterally on what is probably an east-west oriented fault.

Australia experiences fewer earthquakes than plate boundary regions, such as New Zealand. Many of Australia’s suspected neotectonic faults (faults which have hosted earthquakes in recent geological times) have not been thoroughly investigated, commonly due to lack of funding and resources for earthquake research.

However, earthquakes basically happen for the same reason in Australia as they do in New Zealand: there is a buildup of elastic strain energy in the crust, which eventually needs to be released. And most of this energy release occurs due to the rupture of weak zones in the crust, called faults.

Geoscience Australia hosts a database of what we think might be active faults across Australia, but few of these faults have been studied on the ground.

Most of the neotectonic faults near today’s earthquake were identified from remote elevation data — and this alone doesn’t reveal information such as when, how big and how often previous earthquakes on these faults occurred.

What we look for here is displacement at Earth’s surface, formed by movement during previous quakes. Such displacement is only caused by moderate to large earthquakes relatively close to the surface.

If it’s deep enough, it’s entirely possible for a quake to happen at a fault that never ruptures the surface — so we can’t see evidence for it. At a magnitude of 5.8 and a depth of 12km, we don’t expect today’s event to have an associated surface rupture, although it is remotely possible.

Is this an unusual event?

While some early reports suggested today’s earthquake was the “largest on-land earthquake in Australia since 1997”, this isn’t the case. Australia has an earthquake of magnitude 6 or higher every six to ten years, on average. That’s based on an instrumental record going back about 150 years.

The 2016 Petermann Ranges earthquake in the Northern Territory was a magnitude 6.1 quake. And while Australia is not a tectonic plate boundary, it is still quite seismically active.

This morning’s earthquake was the largest onshore quake ever recorded in Victoria. Other recent earthquakes include two magnitude 5 quakes: one in 1996 near Mt Baw Baw, and one in 2012 near Moe.

But just because we haven’t seen such a high-magnitude earthquake in our time doesn’t mean they don’t happen. For instance, there is geological evidence for a possible magnitude 7 earthquake occurring sometime between 70,000 and 25,000 years ago, on the Cadell Fault near the Victorian town of Echuca.

Read more: The earthquake that rattled Melbourne was among Australia’s biggest in half a century, but rock records reveal far mightier ones

For instance, the Tennant Creek earthquake sequence in 1988 saw three separate shocks erupt within 12 hours, with magnitudes of 6.2, 6.3 and 6.6 (the main shock).

We do expect the region around today’s earthquake epicentre to remain active, and we will probably have more felt events in the next few days. In fact, we would expect aftershocks to continue up to decades afterwards, although through time most of these will become too small to be felt (the Tennant Creek earthquake sequence of 1988 is still ongoing).

If, under unfortunate circumstances, we experience an even larger earthquake soon — then that will become the main event, and the quake from this morning will be designated a “foreshock”.

So we all have to stay alert. Even if the aftershocks aren’t as intense in magnitude, smaller quakes can still be incredibly damaging depending on their depth and location. In the 2011 Christchurch disaster, it was an aftershock of magnitude 6.3 which wreaked the most havoc, and led to many people’s deaths.

In terms of personal safety, the best thing to do during an earthquake is drop to the ground, take cover and hold on. If you’re inside a house or other building, try to crawl under something sturdy to protect yourself, such as a solid table. This will help save you from anything that might fall.

If you experience a quake while you’re outside, make sure you’re as far away from buildings and other structures as possible, as these too can fall on you. You need to be in an open area. Victoria’s State Emergency Service has more recommendations on what to do, including:

Finally, if you’re considering any activities that might put you at risk, such as roofing, gutter cleaning, and other activities that involve the use of ladders, it is prudent to reconsider whether these are essential in the short term.

Acknowledgment: this article was co-authored by Dee Ninis, who works as an earthquake geologist at ESS Earth Sciences’s Seismology Research Centre based in Richmond, Victoria.