Crowdsourced delivery company Go People, the startup formerly known as People Post, has rebranded and revamped its technology platform, announcing it has raised over $2 million in the last three months to offer yet another service in the competitive logistics space.

Founded by Wayne Wang in 2014, the courier service has spent the last two years trying to capitalise on the need for on-demand delivery services. Wang believes the recent raise and surge in customer demand marks a significant turning point for the company.

“Since I started the business in 2014, I believed the courier model could be much more efficient. We went to market to change the delivery industry and disrupt legacy delivery and courier rules, resetting the benchmark of how deliveries can be made,” said Wang.

Go People is joining a tough line of competition with Sendle, Shippit, Temando and Sherpa all working in the logistics market. Startups like Sendle and Shippit have already formed numerous strategic partnerships, with Shippit aligning itself with Australia Post and Sendle with Toll.

However Wang said he is not fazed by the number of players in the market. He believes Go People can even compete with similar models that are expanding into the delivery industry.

“Parcel delivery can be much more complex than other on-demand services. That is because a Runner, our name for a courier, needs to be able to deliver parcels to multiple locations in the simplest and most efficient manner,” explained Wang.

“That’s where our proprietary routing and grouping algorithms set us apart. We work out the best routes and the best locations for them travel, to make their life easier and, in turn, make them more money.” 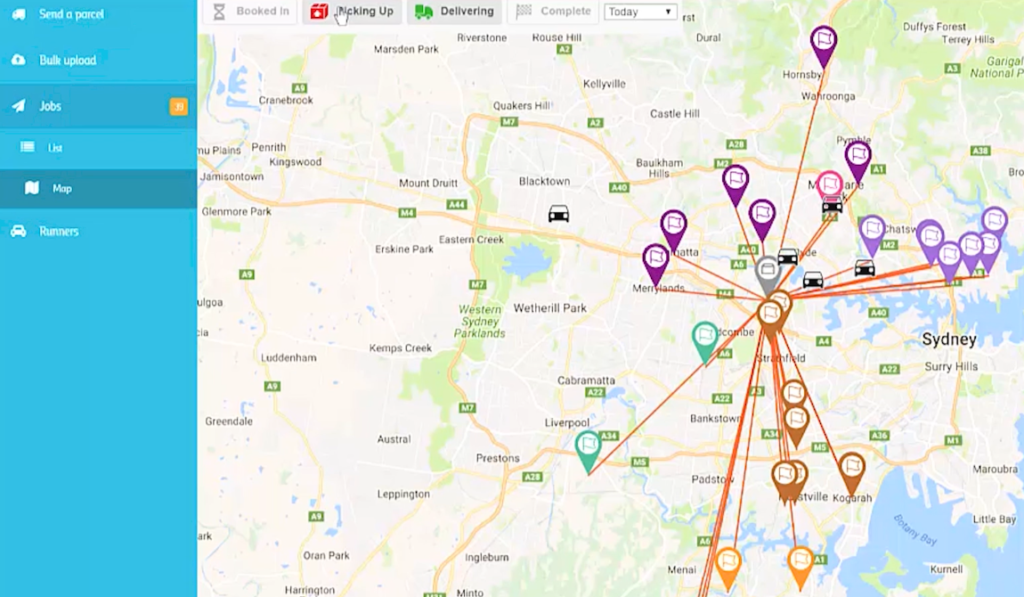 Last month Sydney startup Sherpa released a new platform called Sherpa Fleet to customise and automate delivery routes, giving customers real time information on where their driver is in terms of the delivery process. Sherpa is involved in the area of last mile delivery and is also offering a service that can manage a company’s existing fleet.

“Most people think that Sherpa went out there and became a little crowdsourced delivery business, but in reality of course we always had much bigger dreams,” said cofounder of Sherpa, Ben Nowlan at the time.

While Go People is still looking at the crowdsourced delivery market, others like Sherpa are looking at the bigger picture and creating platforms that will one day be able to plug into other technology, like drones and automated cars.

With Go People continuing its focus on crowdsourced delivery, the startup reported it is experiencing 83 percent month-on-month growth. To date more than 10,000 deliveries are being made each month, and because of this Wang believes it is time to expand into new markets both domestically and internationally.

In speaking on the rebrand, Wang admitted that the startup needed to better reflect its business and place more emphasis on its runners and senders, the bones of the business.

“We chose Go People because ultimately we’re in the business of empowering people and giving them more choice. Whether that be the choice of when and where they work or who you use, we want to make deliveries simple and easy for everyone,” said Wang.

In looking at the new technology, Go People’s app and web platforms show an improved routing and grouping algorithm that will provide customers with better real-time tracking information. In systemising the delivery process, Go People also hopes to provide runners with better routes for bulk and on-demand jobs so they can fit more deliveries into their day.