How Australia can become an artificial intelligence powerhouse

In recent years, artificial intelligence (AI) has shifted from being something in a science fiction novel to reality.

Every day, AI-powered tools are playing an increasing role in our lives and undertaking tasks once the exclusive domain of humans.

The pace of AI development is also increasing. Led by large technology firms such as Google, Amazon and Facebook, researchers are making rapid advances and pushing the technology’s performance further than ever before.

However, activity is not the exclusive domain of the tech giants. There are myriad smaller firms that are just as focused on AI and are creating tools that can deliver real value to users.

Investing in the future

This rapid evolution is also attracting the attention of investors, keen to claim a stake in the technology’s promising future. During 2019, venture capital investment in early-stage AI companies reached a record $US10.8 billion. 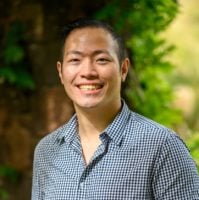 Even during the COVID-19 restrictions, early-stage AI investments in the second quarter increased 19% from the same time last year, up $US2.1 billion to $US2.6 billion.

It’s clear realisation is dawning that AI technology is reaching a point where it has useful applications in a wide variety of scenarios.  An estimate from a 2020 PWC study found that AI could be worth $22.17 trillion to the global economy by 2030.

However, in Australia, there is a very different picture emerging. During the same period as global investment surged, the amount of VC money pouring into AI actually decreased. Indeed, early-stage AI investments decreased by 82% in the second quarter of this year, from $US22 million in 2019 down to $US4 million USD in 2020.

A recent report by CSIRO’s Data61 outlines the potential that AI has in this country. Its authors stress that industry and government must work more closely together to develop greater numbers of AI specialists. According to the report, Australia will need up to 161,000 more AI experts by 2030 to meet forecast demand.

AI also represents the type of sector that will underpin the national economy in the years ahead. This is important at a time when traditional areas of employment, such as manufacturing, are in decline domestically. Interestingly, a 2018 AlphaBeta study found digital technologies, including AI, would potentially be worth $315 billion to the Australian economy by 2028. For this reason, building AI skills and capabilities within Australia has never been more important.

Australia already has some encouraging AI projects underway that provide a solid base for future growth. AI tools are being used in areas such as accounting to automate low-level tasks and streamline workflows. They are also being deployed in a number of innovative ways in areas such as agriculture, food technology, and clean energy generation.

Investment levels are also rising. Australian venture capital firm Artesian currently has 35 existing AI investments within its portfolio. This makes the firm one of the most prolific investors in the AI sector across the Asia-Pacific region.

Artesian is also backing investment program Boab AI. This program is leading the investment charge for local AI firms, investing $300,000 per company with up to $5 million in follow on funding available.

Boab AI focuses its investments in early-stage firms that are in ‘scale-up’ mode. These firms have already established traction in the market however require additional funding to expand globally.

To support its efforts, Boab recently received a $1.5 million grant from Victorian organisation LaunchVic together with an additional $8 million in investment funding from Artesian.

Boab plans to raise an additional $50 to $100 million in an Australian AI focused fund during the next 12 months. The organisation has opened its applications process for AI scaleups, seeking to invest a minimum of $A300,000 in each company with a total of $A1.5 million invested by the end of 2020.

Such investments will do much to help grow AI capabilities within Australia. With world-class capabilities within the nation’s universities and a group of highly talented researchers and developers already in place, the future for the sector is bright.

Clearly, the time to invest in the AI sector is now. By nurturing growing firms and providing the financial backing they need to succeed, Australia can position itself as a global AI powerhouse and reap significant benefits in the future.