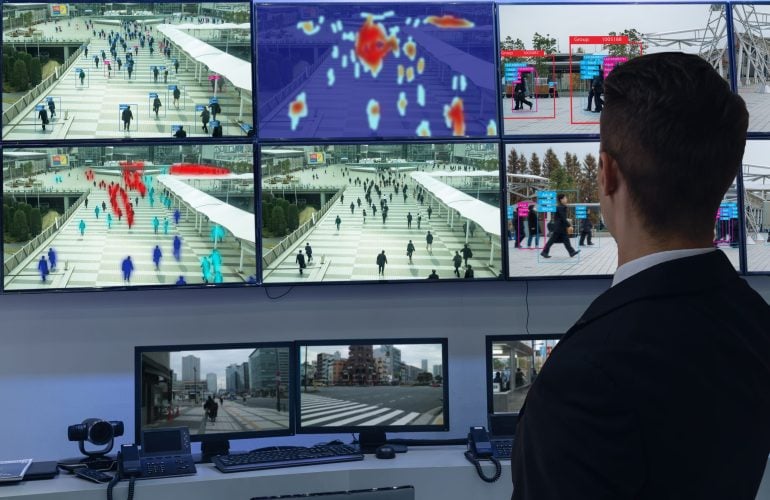 Hardware giant Bunnings, Kmart and The Good Guys are capturing facial recognition data. CHOICE asked 25 Australian retailers whether they use facial recognition technology, and analysed their privacy policies. Those three companies appear to be the only ones analysing video images to capture the unique facial features of customers to develop an individual “faceprint”.

CHOICE consumer data advocate, Kate Bower said that the use of facial recognition by Kmart, Bunnings and The Good Guys “is a completely inappropriate and unnecessary use of the technology”.

Its use by private firms, governments and police has been controversial and came to the fore with Clearview AI, the US-based tech company founded by Australian entrepreneur Hoan Ton-That.

Last month Clearview AI agreed settled legal action brought by the American Civil Liberties Union in a US Federal Court deal that saw the company agree it will no longer sell its facial recognition technology to most private firms in the US.

Clearview AI  claims it will 100 billion face prints in its database within a year, meaning “almost everyone in the world will be identifiable.  They’re scraped from publicly available online photos around the world. Its practices were exposed in 2020 amid a major data breach of the company’s image database. The New York Times published a major expose of the secretive company in late 2021.

CHOICE’s Kate Bower said the use of the tech by retailers was made worse by the fact that they found in a survey that 76% of Australians aren’t aware its happening.

“Using facial recognition technology in this way is similar to Kmart, Bunnings or The Good Guys collecting your fingerprints or DNA every time you shop. Businesses using invasive technologies to capture their customers’ sensitive biometric information is unethical and is a sure way to erode consumer trust,” she said. 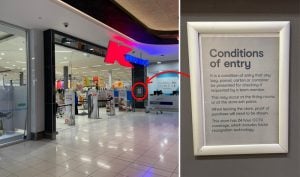 The sign at Kmart Marrickville that reveals to customers that the store is using facial recognition technology. Photo: CHOICE.

The advocacy group is referring the retailers to the Office of the Australian Information Commissioner (OAIC) to investigate potential breaches of the Privacy Act, and calling on the Federal government to implement a modern regulatory framework that protects consumers from harmful and unfair practices.

“CHOICE is concerned that Australian businesses are using facial recognition technology on consumers before Australians have had their say on its use in our community,” Bower said.

“With the government currently undergoing a review of the Privacy Act, now is the perfect time to strengthen measures around the capture and use of consumer data, including biometric data.”

A CHOICE survey of shoppers revealed their concerns about the use of biometric data by retailers. The key findings included:

Previous article A VC partner reveals how to avoid a down round for your startup – and what to do next if it happens
Next article 17 seriously cool (and free!) tech talks from the City of Sydney’s visiting entrepreneur program
Via Data
Tags AIdata privacyfacial recognition