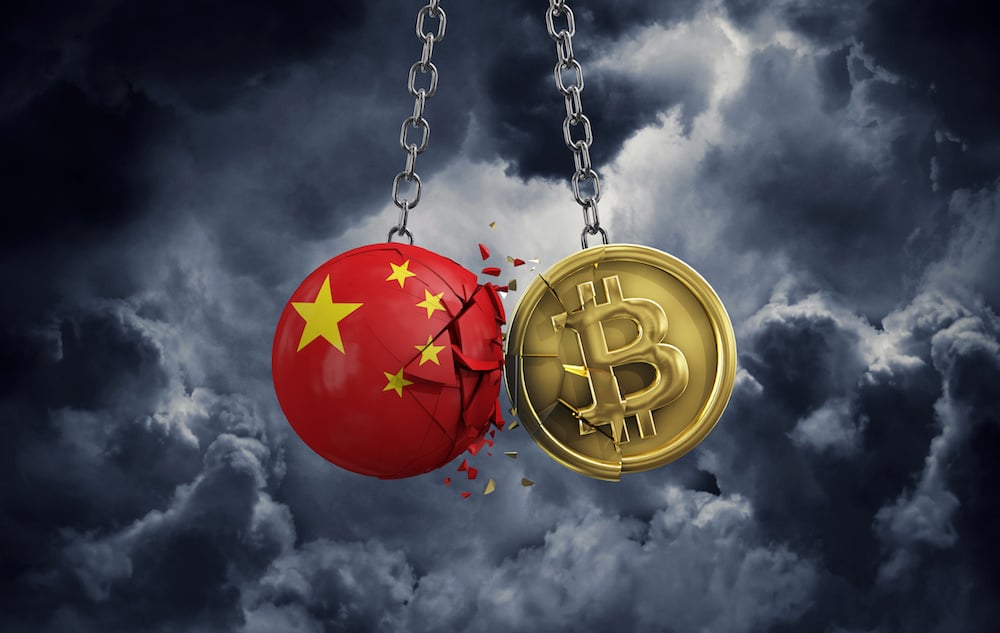 Cryptocurrencies account for less than 1% of the investment portfolio of high-net worth (HNW) people in Asia-Pacific, despite considerable holdings in alternative assets.

New figures from data and analytics company GlobalData found that alt investments account for 12% of the average HNW APAC investor’s portfolio, but after interest in crypto peaked in 2020, they offloaded it last year so it makes up just 0.7% of their assets.

Government crackdowns in countries such as China are believed to be one the key reasons HNWs have ditched crypto.

APAC HNW investors gradually begun to include cryptocurrencies in their portfolio prior to the COVID-19 pandemic. However, the share of cryptocurrencies shot up in 2020 as the value of other asset classes declined.

Siddharth Agarwal, Director of Financial Services at GlobalData, said that despite bitcoin more than 60% of its value in the last year, it’s still 20-fold higher compared to the early 2017 price.

“As a result, bitcoin and other cryptocurrencies have emerged as one of the popular alternative investment assets for high-risk modern investors in recent years,” he said.

“However, the share of cryptocurrencies in the portfolio composition of HNW individuals in Asia-Pacific shrank in 2021 as regulatory restrictions in some of the Asian countries materially affecting its desirability as an investment vehicle.” 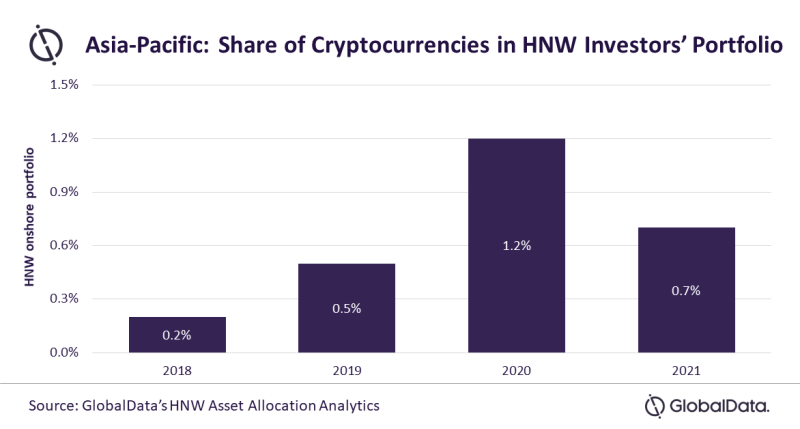 Agarwal said China effectively banned all transactions in cryptocurrencies in September 2021, and its phased banning, arguably started in 2019, has choked off both a key source of demand for many currencies and a main centre of mining to mint new coins.

An outright banning of transactions in all forms of crypto in China in 2022 clearly had an impact on HNW investment portfolio, with a notable decline in the overall share devoted to cryptocurrencies, while current shifts in economic pressures such as inflation are likely to pay against additional interest,

“Furthermore, the recovery in stock prices and optimism in the first half of 2021 also played a role. Higher stock prices have increased the share of equities in the HNW portfolio, already its largest component,” he said.

“GlobalData predicts HNW investors in Asia-Pacific to load up on alternatives in 2022 to counter the impact of rising inflation. However, it is unlikely to materially boost the share of cryptocurrencies back to 2020 levels.”