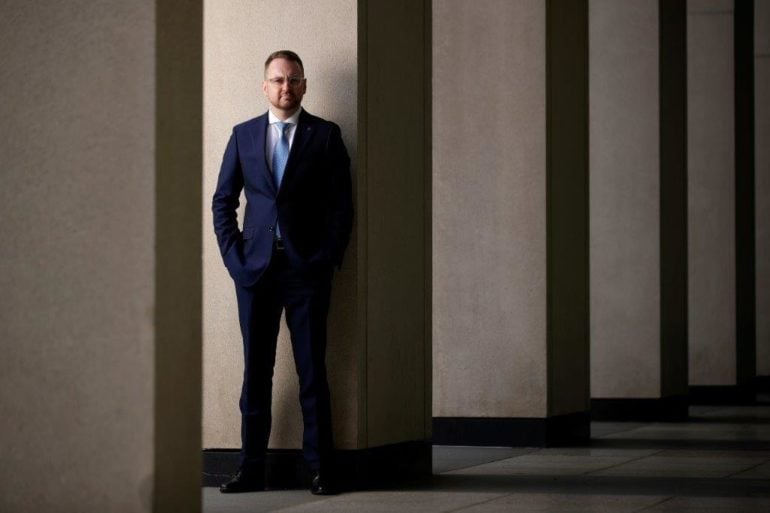 Before Mark Zuckerberg politely pointed out that they run advertisements.

Just last month US Senator Ted Cruz’s speech went viral when he claimed less than 5% of his colleagues had a genuine understanding of cryptocurrency.

For people who work tirelessly in this space, I understand it would be frustrating to be at the helm of what will likely be one of our biggest industries, and have politicians not taking it seriously enough – or not investing the attention it deserves.

Well, I can assure you I am staying up to date and I am keeping abreast with your industry as much as I can. Because I see real opportunity in it.

And believe it or not, I’m not jumping on the bandwagon given the recent hype in the domestic media.

I have been involved in finance for most of my adult life. And my passion for digital assets and cryptocurrency has developed throughout that time.

At the time, we had just finished our inquiry into FinTech and RegTech, and were getting ready to hand down our recommendations.

Over the course of that inquiry, we touched on the opportunities being posed by digital assets – assets contained on a secure blockchain. What became apparent was that we could not, in good conscience, have finished our work without taking a more detailed look.

This was for two reasons: First, digital assets constituted altogether a unique form of property right. The opportunities – and threats – for our economy are limitless. Second, blockchain assets did not exist under a clear, contiguous, and flexible policy framework.

We knew that we needed a comprehensive framework, a framework which would maintain the careful balance between certainty, stability and adaptability.

Since then, El Salvador adopted bitcoin as legal tender, Afterpay announced a $39 billion merger with Square – which has significant cryptocurrency exposure – and the US state of Wyoming became the first jurisdiction to recognise Decentralised Autonomous Organisations.

From the macro to the micro, we have held six months of inquiries on this issue. I’ve chaired three public hearings, received and examined nearly 100 submissions, and engaged in countless meetings.

By the end of October, the Select Committee will hand down our third and final report.

While I can’t preempt what the report will recommend, it is clear from our investigations that we need a robust policy framework for digital assets, guided by three objectives: consumer protection, investor promotion, and market competition.

There is a strong case for a new system. The content and structure of that system will be contained within the final report. However, I can provide three preliminary observations based on our inquiries.

First, we will give you a plan next month which is what I promised back in April. The plan will be guided by some key principles.

These principles are: protecting consumers, providing a competitive marketplace on a level playing field and promoting investment in a dynamic economy.

But we need to leave space for those objectives to be pursued. As we’ve seen, technology can change beyond our current imaginings.

Second, we should not attempt to reinvent the wheel. But we should not be seeking to destroy the advantages and new competition which digital assets bring against the sometimes complacent incumbent financial institutions.

There has got to be a balance between bringing digital assets into the regulated world while preserving their dynamism.

One example I know you agree with is that exchange and custodial services need more regulation – but they should be regulated as stock exchanges or traditional custody services.

What I mean by this is we can bring digital assets under the Treasury portfolio, but we don’t have to use the exact systems, structures and licences which exist today.

Third, we are not going to squib it and recommend a dozen new processes. I want us to recommend hard policy changes which can be legislated over the next 12 months.

We cannot continue the cycle of reports, committees, taskforces and inquiries which often dogs the work of government in areas which are new and emerging.

You have taken risks to advance your industry. You have delivered new choices and new competition for Australians. Next month, I will take a risk for you and set out a clear plan for digital assets.

I am ambitious for Australia. If I wasn’t, I wouldn’t be in this job. That’s why I think we should be aiming for a framework that is at least as good as Singapore. We want to capture the extraordinary potential of this sector.

But if we are going to be a hub for crypto, we need to be a net-zero hub. Emissions from crypto mining must not be allowed to eat the grid, especially whilst we have residual fossil fuels providing Australian electricity.

Australia will be getting to net zero. That will be our position at the COP26 Climate Change conference in Glasgow.

And we need to be looking at every single opportunity to reduce our emissions. We are not about to undo all the progress we’ve made thus far.

Already I know the committee has served its purpose. To help us learn and listen to industry so we can better align our regulatory framework.

I want to hear your feedback. I want to know your ideas.

Which is why I make every effort I can to make real connections and have real conversations with people on the ground who will be directly affected by the legislation we create.

As I said at my speech in April, we have a golden window of opportunity: competitor economies are progressing at different stages. If we seize the initiative, we can be a hub for this next iteration of international finance. If we don’t we will get left behind.

With our competitor economies rapidly seizing the initiative, time is of the essence.

While that window is closing every day, I do still believe Australia can be one of the biggest players in the game.