CORONAVIRUS LATEST: Here’s what you need to know on Monday 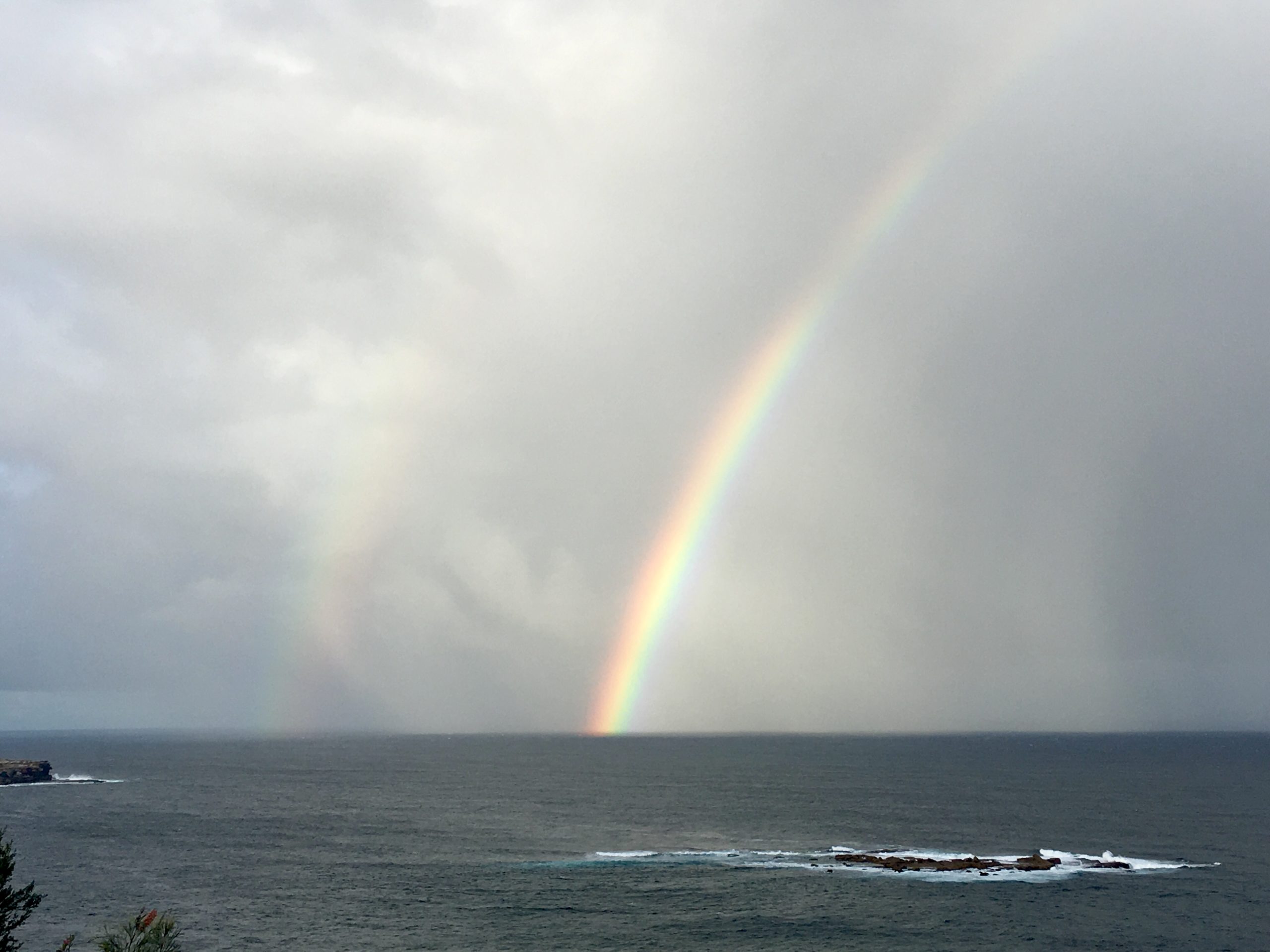 This too will pass. Photo: Simon Thomsen

Hello and welcome to March 16.

We’ve split things into five sections: Advice, Business, Cancellations, Global, Response to help you find what you’re looking for, with the latest news in each section at the top.

On Sunday Prime Minister Scott Morrison announced people arriving in Australia from overseas must self-isolate for 14 days. The law came into effect from midnight on March 15. The NSW government is threatening people with $11,000 fines and six months in jail to people who fail to comply.

Gatherings for more than 500 people have also been upgraded to a ban, and cruise ships visiting from international ports have been blocked for at least 30 days.

Not sure about what’s right and wrong. The NSW Department of Health’s advice is here, but we picked out 35 of the most commonly asked questions about coronavirus, answered by their experts.

The federal Dept of Health has a series of fact sheets here. They published how to protect yourself today here.

We also commend the advice from entrepreneur Carrie Kwan, founder of Mums & Com, on what you need to do personally to prepare for what’s likely to happen next.

Oh, and how to work from home. And how to communicate with your teams as you deal with coronavirus.

The terrible news in NSW is 37 more confirmed cases have been diagnosed in the last 24 hours, taking the total in the state to 171. That’s well up from 22 yesterday. 67 came from overseas.

NSW Health Minister Brad Hazzard said 1,282 cases are under investigation. More than 25,000 people have been tested.

Anyone who visited the Oakvale Winery in the Hunter Valley, March 4-13 and Tumbling Waters Retreat at Stanwell Tops on March 6, should be alert if they experience  fever or breathing problems in the fortnight after their visit.

Air New Zealand is looking to cut 30% of its workforce – around 3000 jobs as the global airline industry grinds to a halt.

The AFL, a  $794 million business, will reduce the 2020 season to 17 rounds, with all teams playing each other once. A decision on whether the opening round kicks off this Thursday night is expected in the next 24 hours.

After brief sunshine on the ASX last week, when a late rally on Friday left the All Ords in positive territory, it was another red wedding today, with the ASX closing 9.5% down. That’s around $165 billion in value wiped off today. The worst one-day fall on record, beating a 2008 GFC plunge that had the title.

The beleaguered All Tech Index (ASX: XTX) fell another 10.35% on Monday and is now down at 1,367.10, having lost close to a third of its original value in just three weeks. The All Tech Index features 46 of the country’s biggest tech companies, including Xero and Afterpay.  Let’s end with a glimmer of hope. WiseTech (ASX: WTC), the Sydney logistics software company, finished the day nearly 1% up at $13.75.

Crown is switching off half the poker machines at its Melbourne casino in a bid to reduce risk of infection spread.

Less than a week after the Morrison government announced a $17.6bn stimulus package and the RBA cut rates, the government is preparing another round of stimulus, the Nine publications are reporting, with details set to be revealed this week.

Corporate regulator ASIC intervened on the ASX, introducing trading limits after a fortnight of record trading volumes. The corporate cop was concerned about both volumes and “exponential increases in the number of trades executed”, which it says “will put strain on the processing and risk management capabilities of market infrastructure and market participants”.

Directions under the ASIC Market Integrity Rules now require large equity market participants, limit the number of trades executed each day until further notice, cutting the number of executed trades by up to 25% from March 13’s levels.

“We do not expect these limits to impact the ability of retail consumers to execute trades,” ASIC said.

RBA governor Dr Philip Lowe said today that the bank “stands ready to purchase Australian government bonds in the secondary market to support the smooth functioning of that market, which is a key pricing benchmark for the Australian financial system.” That’s quantitative easing (QE), which some call printing money.

The central bank will announce further measures to support the economy on Thursday, with the ever-sunny Lowe declaring “Australia’s financial system is resilient and it is well placed to deal with the effects of the coronavirus.”

The Reserve Bank of New Zealand cuts the cash rate to a new record low of 0.25% for 12 months and flagged it still has a shot in the locker, QE – buying bonds to inject cash into the market – if more stimulus is needed.

ANZAC Day services, including marches, have been cancelled across Australia. Victoria was the last to fall into rank after WA announced the sad news first.
NSW RSL acting state president Ray James said: “We simply cannot allow such large gatherings as we see each year on ANZAC Day to go ahead.”
Victoria will run some low-key commemorations with select dignitaries, but without the public being invited.

Lord Mayor Clover Moore has called off the Sydney Climate Action Summit, due to run March 31 to April 2 at Sydney Town Hall, the summit was set to include several large-scale events at Sydney Town Hall, involving mayors from around the world, local businesses, community, industry, and Indigenous leaders, and school students.

The Economist Space Summit this Thursday in Sydney will not launch. Innovation Minister Karen Andrews was due to attend. With guests coming from overseas this week, they simply lost the talent in a potential 14-day quarantine.

The legendary Byron Blues Festival at Easter is off after a 30-year run.  “We are heartbroken,” said exec chairman and founder Peter Noble. “We are now working through how to move forward and to give you details.”

Cultural institutions across the country have shut their doors effective immediately, with all performing arts organisations suspending their seasons until further notice.

Opera Australia, the country’s largest arts sector employer, cancelled the remainder of its summer season, including Handa Opera on Sydney Harbour. Vivid Sydney in June is also cancelled by the NSW government.

Sydney’s City Recital Hall, where a range of orchestras and singers perform, including the Australian Chamber Orchestra, Australian Brandenburg Orchestra and Flash Mob Choir perform, shut its doors and will offer refunds automatically.

“City Recital Hall is working with its presenters to reschedule cancelled events where possible. Ticket-holders for rescheduled events will be contacted directly once the arrangements are finalised,” the venue said.

There is a bright spot. While the Melbourne Symphony Orchestra has canned all concerts until April 13, you can watch their performance of Scheherazade on their YouTube channel tonight. And they have plans for more live stream concerts.

The live performance industry estimates the cost to the sector at $500 million – that’s the NRL’s annual revenue – over the next three months.

The NRL is planning to hold round two of its season this weekend, but without crowds. CEO Todd Greenberg is seeking a government handout and may cut player salaries. The NRL made a $30 million profit last year.

The US Centers for Disease Control and Prevention (CDC) has lowered the bar considerably on gatherings, compared to Australia’s ban of crowds of more than 500.

The CDC says that for the next two months, events attracting 50 or more people should be cancelled.

New: Starting immediately and for the next 8 weeks, CDC recommends cancelling all events of 50 or more people. Full recommendation here: https://t.co/LrjUt4rl7B #COVID19 pic.twitter.com/OroIqhTYJo

New York Mayor Bill de Blasio is closing the Big Apple’s bars and restaurants, except for delivery and pickup services.

“Our lives are all changing in ways that were unimaginable just a week ago,”  he said.

His move comes 24 hours after France shut down its restaurants and cafes. In Denmark, Noma, the former Best Restaurant in the World, has also decided to close until at least April 14.

The US Federal Reserve cut its benchmark interest rate to zero and flicked on the QE switch, spending US$700 billion (AU$1.1 trillion) on Treasury bonds and mortgage-backed securities.

Sydney’s UTS is pausing all coursework for one week , from March 17-24, “to enable redesign of face-to-face delivery to modes which support social distancing and remote support”.

Parliament is putting itself into lockdown when sittings resume next week. MPs will get in, along with key personnel, but not the public, including this week. Committees have also been told to think about whether they need to proceed this week. School visits and other events have been stopped.

Aged Care Minister Richard Colbeck said restrictions on visits to residential aged care sites were being encouraged. The nation’s chief medical officers are gathering today to decide what course of action to take to protect high-risk groups.
Supermarket giant Woolworths will open its stores for an hour at 7am every morning this week exclusively for the elderly and for people with disabilities as it seeks to provide equal access to all amid panic buying. Other grocery retailers such as IGA, are making similar announcements, but on an individual basis.
Woolies said: “From [Tuesday] until at least Friday, we’ll be opening exclusively for them to shop from 7-8am, where permitted”.

We’re launching a dedicated shopping hour in our stores to help support the needs of the elderly & people with disability in the community. From tomorrow until at least friday, we’ll be opening exclusively for them to shop from 7-8am, where permitted.

The retailer will also close all 1000 stores nationwide on Wednesday night in an effort to replenish the shelves fully amid ongoing panic buying. It has also limited home deliveries with some complaining that they can’t get a delivery spot until the end of March.