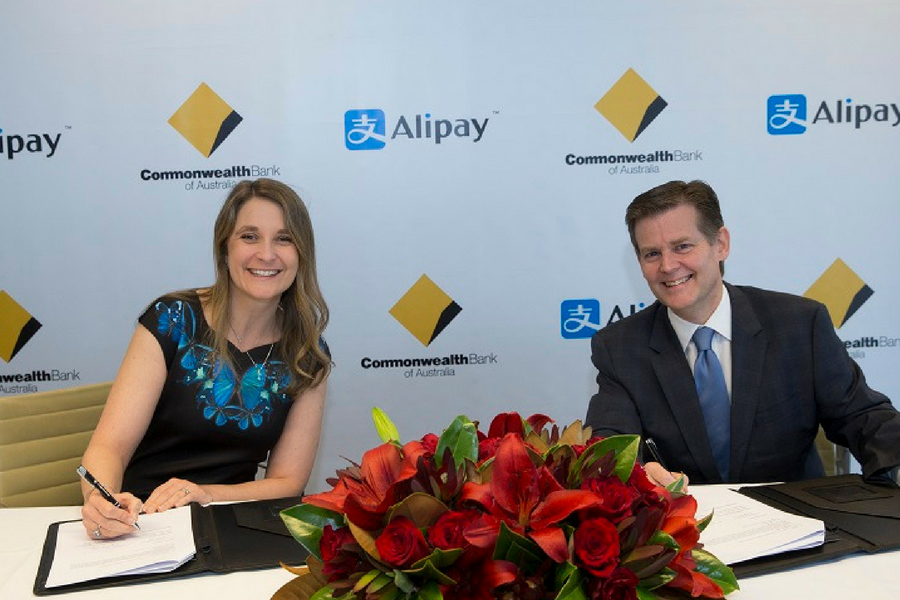 The Commonwealth Bank of Australia (CBA) has today announced the signing of a Memorandum of Understanding (MoU) with Ant Financial Services Group’s mobile and online payment platform, Alipay.

Founded through Alibaba in 2004 and spun out as an affiliate of the company three years ago, under the MoU Alipay and CBA will look to make it easier for Australians to shop through Alibaba Group’s ecommerce websites via CBA’s existing payments infrastructure.

This means that consumers shopping through AliExpress, a platform allowing Chinese retailers to sell to international customers, will be able to make purchases with existing payments methods rather than having to exchange foreign currency.

The organisations will also work together to create a simple payment solution that will allow Chinese tourists and students to use Alipay for in-store payments at Australian retailers; the deal will allow Ant Financial to leverage CBA’s payments systems, including its point of sale tablet Albert.

Douglas Feagin, senior vice president of Ant Financial Services Group and head of Alipay International, said, “Australia is a popular destination for Chinese travellers and Chinese students studying overseas. We want Alipay users to enjoy the kind of convenience they are used to at home. We are working with regional and global partners like CBA to make this happen.”

Given the potential for the deal, Kelly Bayer Rosmarin, group executive of institutional banking and markets at CBA, said the bank is “thrilled” to be the first Australian bank to collaborate with Alipay.

“We are constantly working on payment solutions that offer flexibility and choice for our customers so the prospect of bringing them closer to a globally leading mobile payments provider, and its 450 million active users, is truly exciting,” she said.

The deal comes just a few months after Ant Financial raised US$4.5 billion at a valuation of $60 billion, the largest private funding round for an internet company.

The MoU is also the latest signal of Alibaba’s intent to do business in Australia; gearing up to open a local office in Melbourne, Alibaba in September signed a collaboration agreement with Austrade to spur business between Australia and China.

The agreement will see dedicated services provided for Australian companies looking to sell in China, with Austrade and Alibaba in particular looking to encourage SMEs to become first-time exporters. The agreement will also see the creation of a dedicated promotional channel for Australian companies on video platform youku.com.

A growing number of Australian businesses are already exploring the potential of Alibaba. The company reported in July that there are over 1,300 Australian brands on Tmall and Tmall Global, 80 percent of which entered the Chinese market for the first time through these platforms.