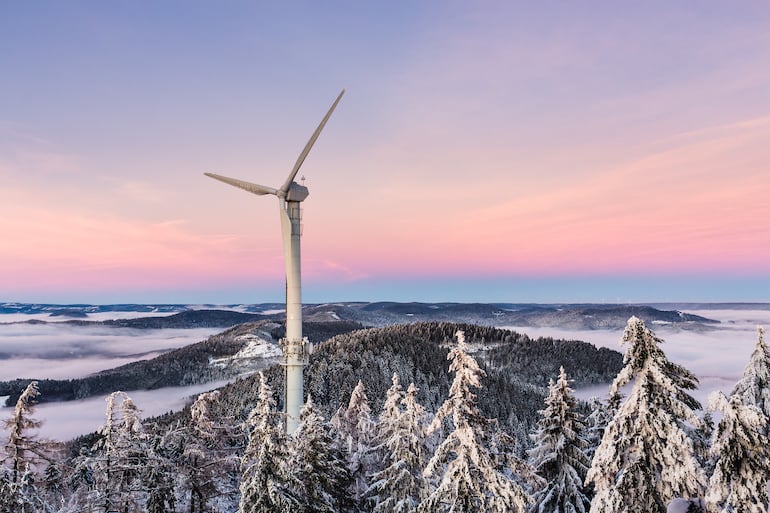 Acoustics data startup Ping, which monitors the sounds from wind turbine blades to detect problems and prevent damage, has cracked the Scandinavian market with its groundbreaking ice detection system

The Adelaide startup developed the solar-powered Ping Monitor to analyse the sound generated by turbine blades as they rotate, delivering real-time data from any device remotely for wind turbine operators. It attaches magnetically to a turbine tower base in less than a minute and can begin working immediately. So far Ping has installed 600 installations on wind turbines in 15 countries.

Ping CEO and co-founder Matthew Stead said the business has since gone on to develop its ice detection system to help tackle a major problem in colder climates.

“We developed the ‘Ping Monitor’, a world-first device that continuously monitors the sound of wind turbine blades to detect and notify any damage in real-time, using advanced acoustic analysis.”

Stead said Ping’s Ice Detection System is a software upgrade to the standard Ping system, which continuously monitors blade damage, significantly reducing maintenance costs by 25 to 30% over the life of the turbine.

Atmospheric icing on blades can reduce energy production by up to 30%. Severe icing can damage blades and is considered a safety hazard. Catastrophic blade failures can cost up to $10 million. With tens of thousands of turbines globally lacking sensitive ice detection systems, it can lead to them being shut down for longer periods and subject to a dangerous ice load resulting in revenue and energy shortages.

The startup is based at the Stone & Chalk innovation hub at Adelaide’s Lot Fourteen.

Stone & Chalk Group CEO Michael Bromley said that with climate change continuing to have major impacts around the world, helping to address issues like this is a priority for the organisation.

“Climate tech is rearing its head as a way to address this immediate need and at Stone & Chalk, we are dedicated to fostering companies like Ping on their mission to create impact for good,” he said.