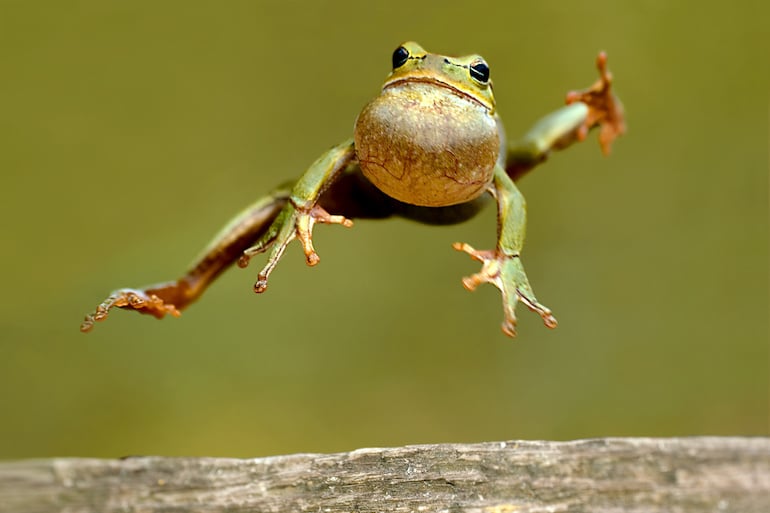 A 10x leap(frog). Impact venture’s journey is well-tracked by the journey of LeapFrog Investments, one of the OG impact funds.

Founded 15 years ago, LeapFrog aimed to impact the lives of 25 million low-income people by investing into businesses that empower them.

This year, Andy Kuper, LeapFrog’s Founding Partner, mused that they’d impacted over 250m people, 10x their target and more than 5% of the world’s low-income population, as well as facilitating over $2 billion invested into their companies from institutional investors. The power of big plans.

Where is it all heading? Our Managing Partner Will Richardson shared reflections from a decade in the impact venture space, noting that empathy has become a key currency for investors to be able to understand founder needs. He’s also seeing more impact founders giving back to the space with mentorship and capital, starting a flywheel effect that will only accelerate emergence of new impact companies.

Healthtech hiring. Two healthtech pioneers behind such unicorns as Allscripts and Livongo shared their insights in this podcast. Some choice advice, “hire low, fire high”. If you only compete for talent with bigger pay packets, you’ll attract people who care about the money, not the mission. And fire people generously – chances are they’ll stay in the ecosystem alongside you, giving their side of the story.

Land to mouth. If we changed our diets to non-animal based foods, we’d need just 25% of land currently being used to feed the world.

Phil Morle of Main Sequence, who have backed alternative protein companies including Eden Brew that makes milk without the cow, laid out the characteristics of a “slam dunk” food tech opportunity in a bubbly market. It comes down to consumer buzz, matching the mainstream price, and friendly governments.

Check out our Giant Leap Fund jobs board for over 100+ available positions. There’s even more jobs at ethical companies on the global B-Work job board.

As global VC investment dollars continue to grow like the hockey stick companies they intend to back, there’s been almost $270m of new impact capital announced in Australia in 2022.

Main Sequence and Minderoo both announced $100m funds respectively to invest into deep impact solutions. Meanwhile, for For Purpose Impact Partners announced it had closed $67m to back later stage impact organisations with a private equity model.

New research indicates that young people in developing countries like India and China are even more sustainability-oriented than others. A Nielsen study found more sustainability driven purchasers and more suspicion of corporate “net zero” claims in these Gen Z cohorts, noting a potential cause being their greater exposure to climate change.

For many Australians living with a disability, it was an inspiration to see Dylan Alcott be awarded Australian of the Year earlier last month. That was especially the case of Loop+ Founder Claire Conroy’s son Evander, who followed Dylan’s footsteps winning his local council Young Australian of The Year Award.

If you find yourself confused by the “net zero” commitments of companies and their seemingly infinite (often greenwashy) interpretations, this is an excellent resource to understand the different carbon credits available to achieve sustainability goals. Bottom line is, put more weight in commitments to buy carbon removals rather than just carbon offsets.

Thanks to tiny bits of waste plastic ending up in our food system, Australians eat a credit card worth of plastic every week. That exposure is linked to metabolic disturbances, neurotoxicity, and increased cancer risk in humans, adding to the strong case for switching to materials like bioplastics that break down into organics when they’re thrown away.

Happy year of the Tiger! With the lunar new year upon us here’s a montage of some incredible tiger pictures to kick it off. The good news is that the effort that we’ve put in to conserve the species is starting to pay off according to a recent WWF report.

Keeping on the conservation front, meet Methuselah, another endangered species and the world’s oldest aquarium fish. The Australian Lung Fish is a whopping 90 years old (the average fish has a lifespan of five years) and is being kept in an aquarium in San Francisco.

And finally, when you look below the surface, giant leaps aren’t really giant leaps at all. They’re a series of compounding ordinary choices that suddenly become noticeable. If you look for the magic moment, you’ll miss how ordinary becomes extraordinary.