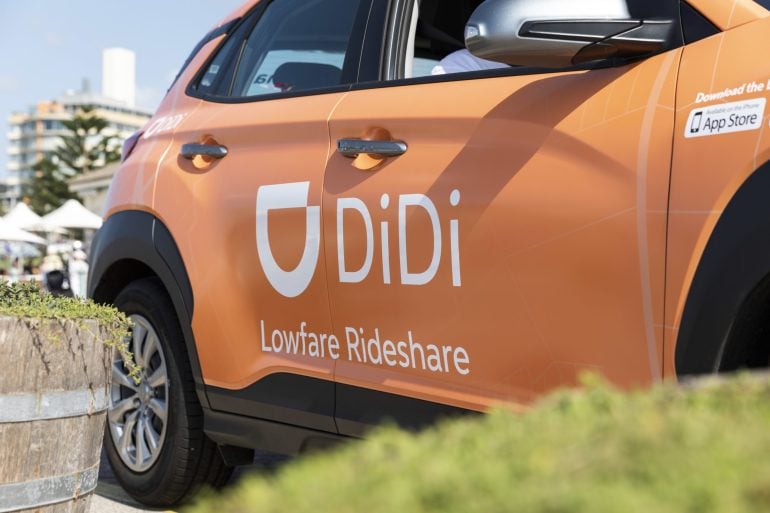 Chinese ridesharing giant Didi will finally land in Sydney next month, nearly two years after it first landed in Australia, taking on US firstmover Uber and Indian rival Ola just as the honeymoon period for growth in the sector in the unprofitable sector appears to be coming to an end.

Didi’s Sydney operations will begin on Monday, March 16. The business first launched in Geelong in regional Victoria in May 2018 before expanding into Melbourne in June that year. It now also operates in Newcastle, Brisbane, the Gold and Sunshine coasts and Perth, offering three services: Express, carpooling offering Share, and its 7-seater Max service.  The company says two million riders have used Didi since then.

But the Sydney roll out comes at a time as a review into “point-to-point” (taxis, rideshare, hire cars) transport in NSW concluded the double digit growth ride-sharing had enjoyed since Uber first began operating illegally in Sydney in 2013. The NSW government legalised ridesharing in the state in December 2015.

A 2019 annual review by the Independent Pricing and Regulatory Tribunal (IPART) into P2P services in NSW found that that  “after a period of consistent growth, numerous indicators in the 2019 survey suggest a slowing or flattening of rideshare growth in the last 12 months. While the number of rideshares eclipsed taxi rides for the first time, the plateauing of growth “may be reflective of a natural balance point that is being reached” and “suggest the period of constant growth may be coming to an end”, the IPART concluded.

The Beijing-based global transport company has a stake in Ola and Taxify, while Uber has a stake in Didi after selling its Chinese operations to the company in 2016.

DiDi is attempting to lure both drivers and riders to the Sydney service with range of incentives, letting drivers who sign up first pocket 100% of the first 28 days of fares, while users will get half-price fares for the first four weeks and $20 vouchers for friend referrals.

A DiDi Driver Hub has opened in North Strathfield ahead of the launch.

DiDi Australia General Manager Lyn Ma said the company’s DiDi’s entry into the Sydney market was “a huge milestone for our continued expansion across Australia”.

“We are eager to work alongside local stakeholders in the Sydney transportation industry, along with using leading AI technologies and local operational expertise, to innovate and build a better, trusted product with the aim to be Sydney’s preferred ridesharing platform,” he said.