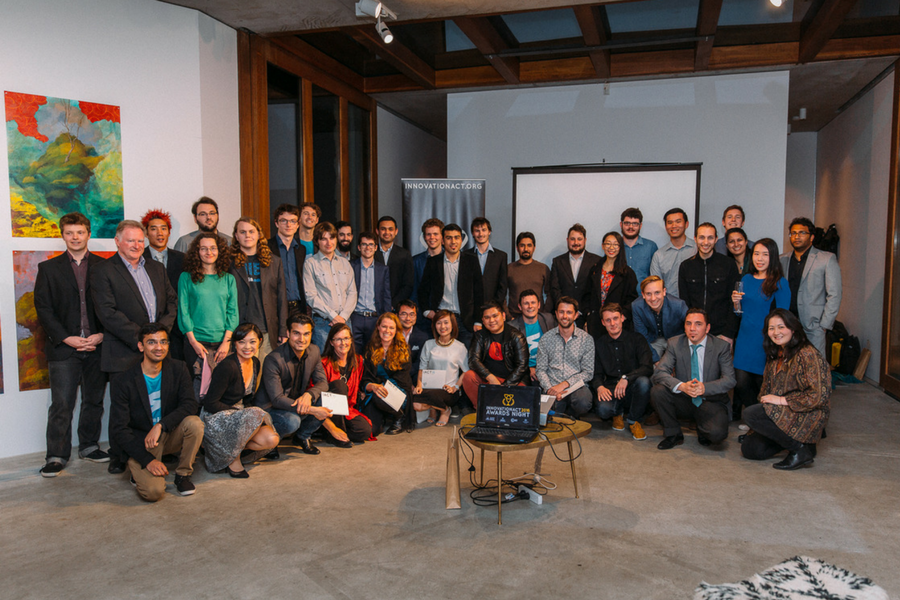 Canberra’s InnovationACT this week announced the six winning startup teams that will share a $50,000 seed funding pool to help them kick start their ideas. InnovationACT is an initiative of the Australian National University and is Canberra’s largest innovation program, running over an intensive 10 weeks.

InnovationACT is now in its ninth year, with this year being its biggest one yet. A total of 51 teams participated in the program and the top nine teams were given the chance to pitch their ideas to a panel of judges. From those nine teams, six teams received grants.

The program has been open to all levels of entrepreneurs from students, to staff and graduates from Canberra’s major tertiary institutions.

“This year’s program was our biggest year yet, and we were blown away by the quality of all the pitches. It’s incredible to think that many of these teams only met one another at the start of the program ten weeks ago and have come so far in that time,” said InnovationACT program manager, Vicki Stanley.

“We’re quite lucky in Canberra to be supported by a thriving ecosystem of tertiary institutions, government and industry. It’s a great time to be a startup in Canberra.”

The six winning teams include:

The Canberra startup landscape has been steadily growing. One of the biggest startup success stories to come out of Canberra, and arguably Australia, is payment provider eWAY. Earlier this year the Canberra startup was acquired by US company Global Payments for US$50 million.

The startup was first developed out of Canberra in 1998 as a new payment platform for customers and merchants to process credit card transactions. Today eWAY has become one of Australia’s leading providers of payment solutions to developers and software partners, and states that it covers approximately 25 percent of the online marketplace.

CEO of eWAY Matt Bullock told The Canberra Times earilier this year that the deal with Global Payments was a tough decision, and he would be “watching it forever” as a consultant for the company. He said he has no plans to move from Canberra as the acquisition by Global Payments just goes to show what can be achieved from a smaller city in Australia.

“It is a beautiful place and there are a lot of smart people here, which is why I’m going to stay and build something even bigger and better than eWAY,” he said.

Canberra is also well positioned to develop data and cyber security startups as in June this year IBM revealed its plan to establish a new National Cyber Security Centre [NCSC] in the ACT.

The new NCSC, to be located at IBM’s existing site in Canberra, will connect Australia to IBM’s international network of more than twelve security operation centres, which manage an estimated 20 billion events per day for more than 3,700 clients.