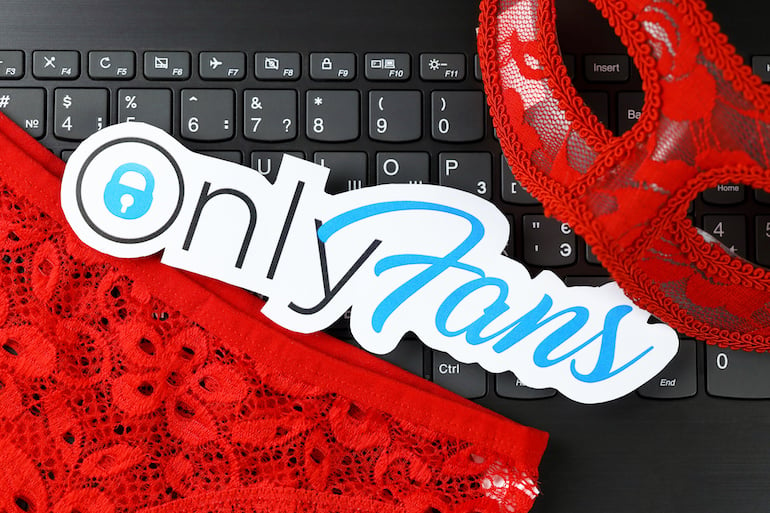 The saga over subscription-based social media platform OnlyFans, which announced it would ban sexually explicit content only to reverse that decision a week later, has highlighted just how quickly such a platform can move the goalposts for those relying on it for an income.

Yes, the most successful “content creators” on OnlyFans can reportedly make more than US$100,000 a month. But they are the minority. Most barely make enough to justify the hustle, with the median income estimated to be US$180 a month.

Strip away the sexy marketing and what you have is just another digital platform facilitating another form of gig work, substantially no different to ride-share drivers or food-delivery couriers.

The increase in popularity of OnlyFans during the COVID-19 pandemic is mirrored by the growth of the gig economy more generally. With the pandemic hitting other forms of part-time and casual work, the attraction of the income-earning activities provided by digital platforms has increased.

Some of these activities outside of the traditional, long-term employer-employee relationship may even appear desirable, offering flexibility as child care and other demands have increased during lockdowns.

Though precise estimates are complicated by differences in definitions of work and the way statistics are counted, the data suggests at least 10% of the labour force in industrialised economies now rely primarily on gig work for their income. They may be called freelancers, independent contractors, temporary workers or consultants. More than a quarter of the workforce participates in the gig economy in some capacity.

Shifting risksGig work is rightly controversial. It continues to be accused of driving inequities, exploitation and issues around workplace and occupational health safety. While there have been a few significant legal wins this year for some gig workers over employment status and rights, platforms still largely have the whip hand.

Key to platforms’ power is how they avoid responsibilities and transfer risks to gig workers, by positioning themselves legally as intermediaries between customer and service provider.

This is achieved via the terms and conditions users agree to when they sign up. These terms and conditions can be changed at any time. While users are generally given notice, they are often unaware of changes because they don’t bother to read notifications before agreeing to updated terms.

Read more: The rise of the ‘porntropreneur’: even hustlers need side hustles in the gig economy

In the case of OnlyFans, its “standard contract” gives subscribers permission to access content produced by a creator, and also implicitly obligates a creator to produce and provide content over time. The contract is just over 1,500 words — theoretically short enough to read, though it’s likely few do so entirely.

The contract does permit for the expiry of the licence where the creator removes content. It also includes a “no guarantees” clause that mostly protects the creator with regard to the removal or unavailability of content. These clauses superficially seem to give creators some protection from disgruntled fans. But in reality they are a trap for the unwary.

If things go wrong, consumer protection laws generally give customers rights that create liabilities for creators. For example, under Australian Consumer Law a court could strike out the “no guarantees” clause in the OnlyFans standard contract, making creators liable for non-delivery to fans.

Had OnlyFans banned sexually explicit content, subscribers could well have have been entitled to demand their money back from content creators. The platform would not have been liable.

The OnlyFans case thus highlights the precarity of gig work, and some interesting legal, social and governance challenges for the future.

2021 has delivered some landmark court rulings in Britain, the Netherlands and Australia rolling back the ability digital platforms such as Uber and Deliveroo to dictate the terms by which they engage and pay drivers and riders.

But these were limited wins, not applicable to all gig workers even in those jurisdictions. There is still more work to be done.