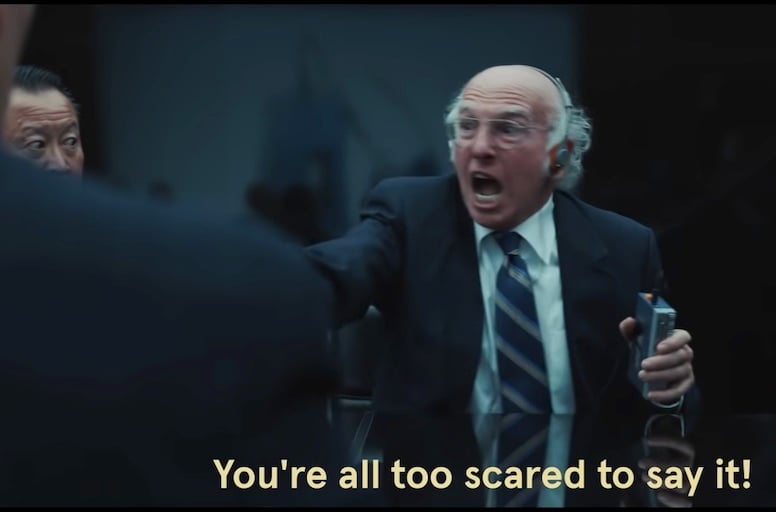 Larry David in a prescient FTX ad
Welcome to Ignition Lane’s Tech Wrap, where they cut through the noise to bring you their favourite insights from the technology and startup world.

Sunrise. ICYMI, the big theme at Sunrise 2022 (one of the best conferences in startupland) centred around preparing for slower economy and expensive capital:

$250m capsize. The ASX has (finally) abandoned a 7-year, $250m project to upgrade its clearing and settlement system to a blockchain-based platform, following a review by Accenture that showed “major deficiencies in the design of the software, developed by a company in which ASX has a stake, and questioned its ability to ever launch.” A classic case of corporate IT project problems + sunk cost fallacy, perhaps?

Crypto crackdown. ASIC launched court action against two crypto firms, Block Earner (offers a fixed-yield for crypto) and BPS Financial (issued Qoin tokens, a digital wallet and exchange), alleging they should have had a financial services license to offer their crypto products. Expect regulation to ramp up, particularly after the recent crypto-related meltdowns.

The Adventures of Tin200. The annual NZ Technology Investment Network (TIN) Report is out. The report benchmarks* the performance of what it categorises as NZ’s 200 largest globally-focused tech companies. It found:

The Clean Energy Finance Corporation will administer a new $500m sub-fund on behalf of the federal government to commercialise and scale up technologies designed to cut emissions.

Samsara Eco, who have created a plastic-eating enzyme, raised $54m to build its first plastic recycling facility in Melbourne. It also took out two awards at the second annual InnovationAus Awards this month, including the Australian Hero and Energy & Renewables trophies.

Uluu raised $8m to make a plastic replacement from seaweed.

Greener raised $4m to help customers find greener brands, and offset the carbon for their purchases.

Kite Magnetics raised $1.85m to halve the size and weight of electric motors by 2030. The main use case for its tech is in aviation.

Amber Electric raised $13.5m to further develop its automation software that will allow customers to automatically charge solar battery and EV devices when electricity prices are low and sell power back into the grid when prices are high.

Dumpsterfire. Almost 30k Australians are caught up in the collapse of FTX, once the world’s second largest crypto exchange valued at US$32bn. FTX plunged into bankruptcy “holding just $900m in easily sellable assets against $9bn of liabilities the day before it collapsed.” According to FTX’s lawyer, a “substantial amount of assets have either been stolen or are missing.” The fallout quickly rippled across crypto markets:

Speaking of fraud. Elizabeth Holmes, the Theranos founder and former CEO, was sentenced to 11.25 years in prison for defrauding investors in her failed blood-testing startup.

Because the real world isn’t enough drama. Apple is rumoured to start producing a mixed reality headset with a chunky US$1k price tag next year. Meta continues to pour billions into its VR and metaverse projects, despite cutting 11k jobs globally.

Bye Alexa. Amazon is gutting the team behind Alexa. The voice assistant is costing Amazon billions a year, and user and developer engagement beyond simple use cases (setting timers, asking the weather, playing music) has been limited.

End of an era-note. The once-great note-taking app Evernote has been sold to an Italian app developer.

Chief Twit. We won’t recap the entire chaos at Twitter. Instead, here’s our unsolicited take: Twitter needed a shake up. Elon has an incredible track record of ruthlessly getting teams to achieve commercial and engineering feats at a staggering pace. Do back him to turn the ship around? Yes. Do we agree with his management style and would we want to work for him? No. Are we worried about his conflict of interests? And the danger he poses having so much control and influence? Certainly.

For now, Twitter is a huge experiment. Can a slow incumbent turn back into a startup, and if so, at what cost? Is it possible to (very publicly) move fast and break things at scale, without completely breaking the beast or alienating your customers? Can you price new products by negotiating with a billionaire author??

Daily usage may be at an all time high, but only time will tell if Elon will succeed in the long term.