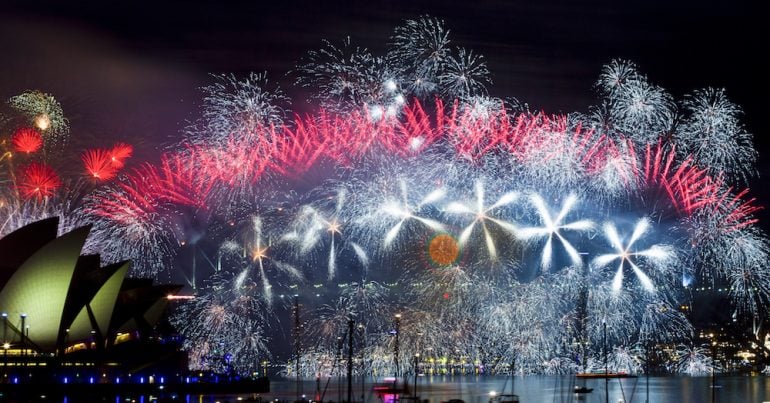 Sydneysiders and Melburnians will be forced to have quieter ends to 2020 with new restrictions being announced by both states.

Victorians have just six hours to adapt to changes kicking in at 5pm on New Years Eve, with the number of people at private gatherings at home halved to 15 visitors, with mask use indoors also mandatory unless people are eating and drinking.

Victoria’s two-month run of no locally acquired cases ended yesterday with with three Covid-19 cases identified from the Smile Buffalo Thai restaurant where a NSW traveller dined on December 21. Three more cases were found today taking the Victoria total to six and close contacts have been identified in areas including  Melbourne, Barwon Heads and several other locations over the following week.

The list is on the Dept of Health and Human Services (DHHS) site here.

The DHHS has contacted 52 close contacts of the first three cases.

Acting Premier Jacinta Allan said people with New Year’s Eve gatherings with 30 guests will now need to halve the guest list to comply with the new rules. The figure includes anyone over 12 months old.

The good news is the residents of the house do not count in the 15 – that’s the visitor cap.

If you are planning to leave your home – take a mask and it needs to be worn anytime you’re inside apart from when you’re eating or drinking.

We all need to be COVID Safe – don’t go into the city unless you have a booking, wear a mask indoors, practice good hand hygiene.

“You do not want to be caught on the wrong side of a rapidly evolving situation.”

People who’ve been in the Blue Mountains and Wollongong regions will be barred from entering Victoria from midnight on January 1.

Victoria has already shut its border to people from the Northern Beaches, Greater Sydney and NSW Central Coast regions and the minister said more restrictions may be introduced to deal with a “very serious situation”.

Three new cases in Melbourne, which aren't in one place. Reportedly linked to the Sydney outbreak. It beggars belief after all we have learned & endured that NSW is still not going harder in suppressing the current outbreak. You don't play games with #COVID19Aus. pic.twitter.com/G4yJKOD23w

Meanwhile, NSW Health has recorded 17 positive Covid-19 infections, including 10 local infections and six linked to the new “Croydon cluster”. All six cases are members of an extended family who had close contact over Christmas.

NSW recorded 10 locally acquired cases of COVID-19 in the 24 hours to 8pm last night, with an additional seven cases in returned travellers in hotel quarantine. This brings the total number of COVID-19 cases in NSW to 4,734 since the beginning of the pandemic. pic.twitter.com/BgkIDqKZfB

“The Croydon cluster is of concern because there are no direct links at this stage,” she said.

“We anticipate because of the nature of that extended family’s movements that there will be more cases from that cluster.”

NSW Chief Health Officer Kerry Chant said the six cases — three adults and three children — were from three households in the south and inner west of Sydney.
In response, NSW has halved the number of people now allowed to visit a home from 10 to five (including children). Outdoor gatherings have also been reduced from 50 to 30. Details on the current restrictions are available here.
The Sydney fireworks will proceed, along with they Sydney test match.

NSW Health Minister Brad Hazzard has encouraged anyone with even minor symptoms to come forward for testing and urged people to remain at home or limit visits wherever possible.

“Anybody who is having friends around, make sure that no more than five people come to your home,” he said.

“And I would say, I mean, it’s obvious that when we have someone come into our home that they tend to be close to us and therefore we take chances in terms of kissing and cuddling and so on, but don’t do it. Don’t do it for the moment.

South Australian premier Steven Marshall has also ramped up his state’s response to the NSW infections, introducing a hard border closer with the state from midnight on New Year’s Eve.

We are enforcing a hard border with NSW from midnight tonight.

Only South Australians returning from NSW & people permanently relocating to SA can enter. They must self isolate for 14 days.