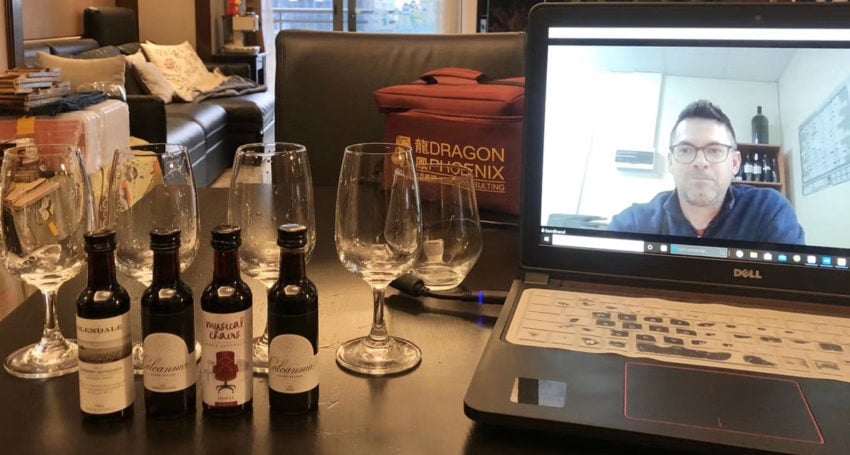 An Adelaide-based startup that began sending miniature wine samples direct to potential wine customers in China in 2018 has opened a production facility in South Australia and expanded into the education, trade and event sectors.

The onset of COVID-19 and the inability to hold in-person tastings has fast-tracked the Trust in Taste business, which is set to also open a production facility in Texas in April.

The initial business model invited Chinese wine drinkers to sign up for an in-home tasting where wines marketed by Trust in Taste in 60ml bottles were delivered for a cellar door style tasting. When scanned, the QR code on each miniature bottle takes the taster to the Trust in Taste WeChat store where more information on the wine is provided, including a video with the winemaker.

Australian wine brands were originally targeted but that was later expanded to a range of global wines from countries including Argentina, Chile and Portugal.

Trust in Taste’s IP centres around the development of technology to transfer wine from regular wine bottles into the small tasting samples without affecting wine quality.

Batches as small as 50 miniature bottles extracted from four 750ml bottles of wine can be ordered.

Co-founder Peter Evans said the big change in direction for the business happened when it partnered with Chinese wine education provider Dragon Phoenix to be used at Wine and Spirit Education Trust online tastings for students and then into the trade.

“That began really as COVID began in February 2020,” he said.

“They needed a solution to get wines to their students who couldn’t come into classrooms anymore and that really grew. 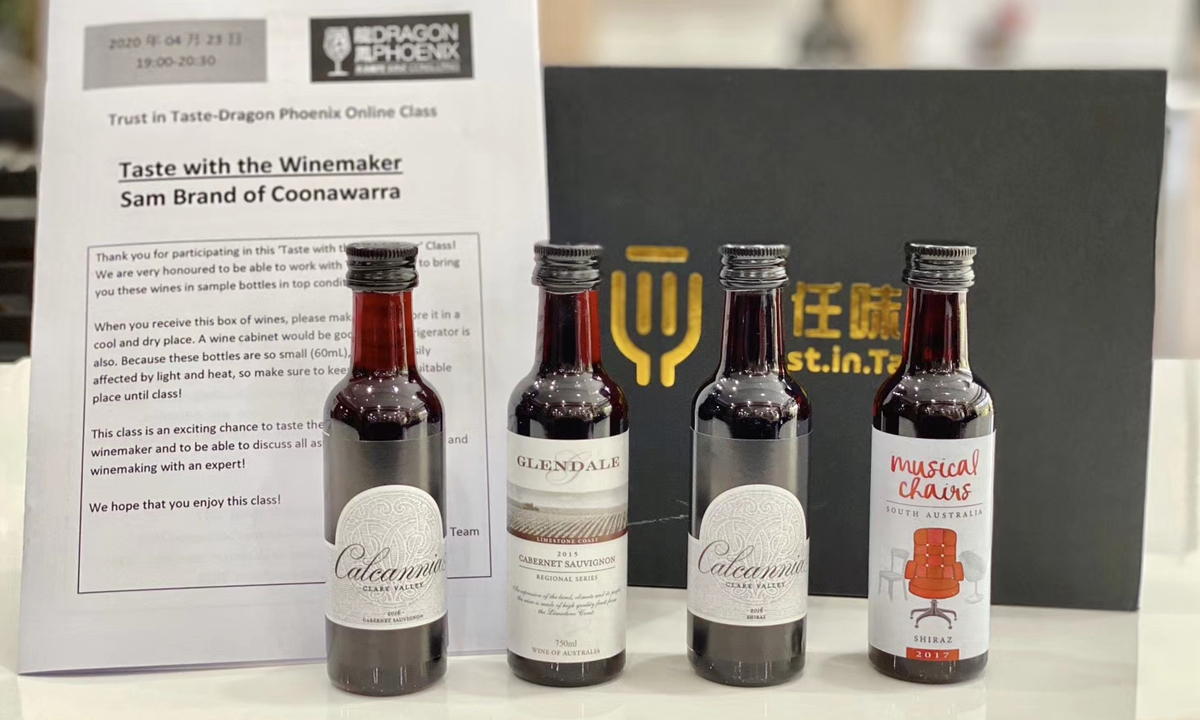 “From that we did tastings to students who were at home doing online courses and that led to trade tastings using the head of that school who is a Master of Wine and it really provided a big boost for our business.”

Trust in Taste also won contracts in China with wine brands from Argentina, Chile and Portugal that allowed it to move away from just doing Australian wines before the imposition of tariffs of up to 212 per cent kicked in last November.

Evans said Australian wine now made up less than 10 per cent of the company’s portfolio in China.

“We certainly didn’t see the tariffs coming but we were concerned about becoming too reliant on one region, particularly with the virus around, so that’s really what drove it,” he said.

“The cost of acquisition on the consumer road in China, as anywhere, is very high so being able to find a partner who already has consumers was really important.

“That’s what we’re focusing on now is finding those partners who have their own consumers and then we offer them the full service.

“They get the little bottles and they can scan them during the tasting, which is often a blind tasting, and we release what the product is and they can buy the full bottles at the end of the class.”

Trust in Taste commissioned its small bottle facility at a warehouse in Adelaide, South Australia in November and has so far shipped out about 2500 little sample bottles around Australia for various PR firms and the Institute of the Master of Wine course.

Evans said the concept had also generated interest from some of Australia’s biggest wine industry players.

He said the business model now targeted four main groups: educators, wineries that wanted to send samples directly to customers; importers, distributors and sommeliers in the trade; and, event planners and corporates.

“We’ve been doing that in China and that’s been working really well and now we’ve brought that model to Australia and we’ve got a really strong order book this year across those four areas,” he said.

“We’ve developed a stack of IP over the past few years and a lot of that is around the logistics such as the temperature-controlled packaging and logistics to get it there quickly.

“A winery or the educator can come to us and say ‘here’s my wine, here’s a list of names and addresses of the people we want it to go to and here’s the date of our session’ and we do everything from there – putting the wine into bottles, creating the graphics and QR codes and getting the samples to the customer.

“We can educate 300 Dan Murphy store managers in one half-hour slot using an online experience.”

Trust in Taste will open a US facility in Texas in April and is working on plans to establish others in the UK and Europe.

Evans said the coronavirus pandemic had fast-tracked the business plan, which was originally drafted to be rolled out beyond China after five or 10 years.

“This demand during the pandemic has sped it up but we believe the demand will still be there afterwards, it will drop back a bit but there has been a change in buying behaviour and sampling behaviour and there’s been real interest.

“We believe there will be a structural change around sampling – we’re betting on it – and our projections are based on just five per cent of samples that are currently sampled remaining online or remote after COVID and that’s still a huge number.

“Nothing’s going to beat a winery experience but if you can’t get there at least you can get the wine and have that visual and audio experience.”

Previous article The rise Dogecoin, the cryptocurrency that began as a joke, reveals how memes can move markets
Next article Your 90-second guide to the day in tech
Via Business
Tags contributor postnewsSouth AustraliaThe Leadwine