Melbourne delivery service YourGrocer is the latest startup to go under 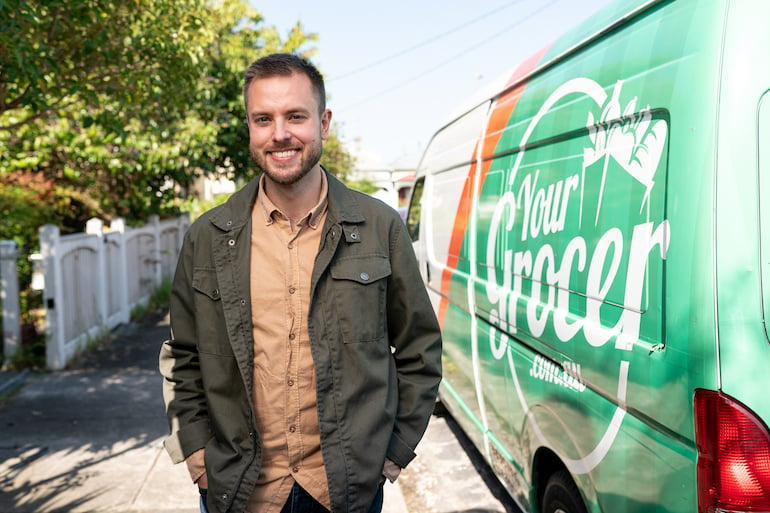 Longevity has not been enough to save nine-year-old Melbourne delivery service YourGrocer, which shuttered its doors on Friday, just weeks after seeking to raise more than $1 million via crowdfunding.

YourGrocer CEO Morgan Ranieri, a cofounder of profit-for-purpose venture, Thankyou, launched his grocery venture in 2013, taking a more boutique approach, working with around 85 independent grocers, fruiterers, butchers and fishmongers to supply Melbourne. The business had around 60 staff and last month launched a crowdfunding campaign on Birchal.

The campaign did not meet its $1 million threshold for success funding, attracting around $225,000 from 60 willing backers, and did not proceed.

Last week Ranieri wrote to customers saying “with a heavy heart” that YourGrocer was “closing down for good”, last Friday, December 16.

“As hard as we’ve tried, we cannot keep the company going any longer so have been forced to cease operating,” he said.

“We sincerely apologise for the inconvenience and disappointment.”

YourGrocer had a strong and loyal following across the city, generating $9.2 million in sales in FY 2022, for a gross profit of nearly $2.9 million, but posting a loss for the financial year of just over $680,000.

The average customer spend was $158 per order, 4% higher than the average weekly grocery spend for an Australian household.

The prospectus for the Birchal campaign, which was seeking up to $1.5 million, acknowledged that the company is not yet profitable. YourGrocer did well during the pandemic and lockdowns, generating its first profit, but reinvested those funds into expanding its engineering business development capacity.

Ranieri was a minor shareholder in the business with a 16.8% stake.  He was 23 when he founded YourGrocer.

Its collapse follows the recent closures of Sydney grocery delivery startup Voly, which ceased operations last month, just 12 months after its launch, and Send, which shut down in May.

The Australian arm of global meal delivery business Deliveroo went into administration last month after its London Stock Exchange-listed parent company withdrew its support for local operations. Last week it emerged that Deliveroo was losing around $3 million a month locally, with revenue sliding this year in the wake of 2021’s pandemic lockdowns.