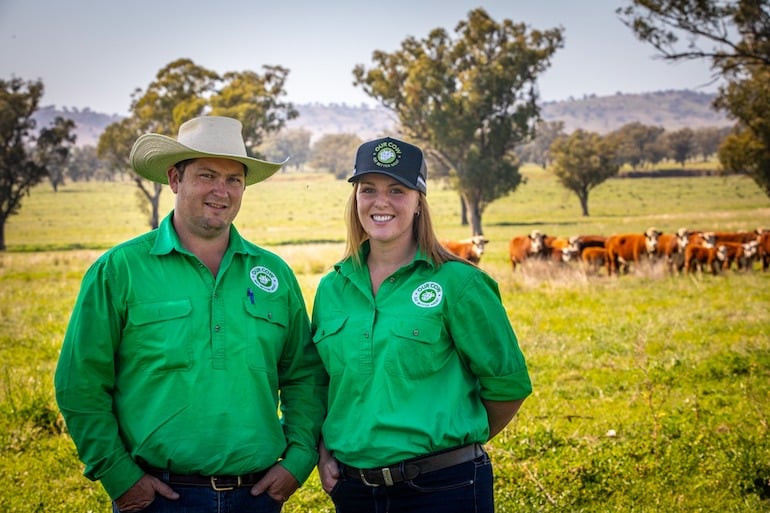 Northern NSW subscription butcher service Our Cow has snapped up the brand and other assets of failed Sydney grocery delivery startup Voly.

The deal was finalised before Christmas, ahead of a second Voly creditors meeting on December 23. Our Cow bought the database, app and brand, hoping to grab a bigger slice of capital city customers..

Voly, the trading named of Milko Grocery Pty Ltd, collapsed in November after failing to attract additional capital and was placed in voluntary administration with Hall Chadwick.

Cofounder Thibault Henry publicly confirmed the demise of Voly on November 18, a week after the company ceased operations.

The Sydney-based online supermarket launched in July 2021 with the promise of grocery delivery 15 minutes or less.

“The sudden changes in macro environment, unstable geopolitics and high inflation have made it extremely difficult to attract new capital despite the support of our current investors,” Henry said.

112 people lose their jobs, with administrators Hall Chadwick backing a deal to pay all employee entitlements, with creditors, owed $17.7 million in total, receiving between 15 cents and 27c in the $1.

The administrators painted a concerning picture of Voly saying it s “may have been trading whilst insolvent from its commencement”.

Voly raised $18 million in a Seed round led by Sequoia Capital India alongside Global Founders Capital and Australian-based Artesian Capital less than 12 months earlier in December 2020. The business had a net loss of $13.6. million last financial year to June 30, 2022.

But the prospect of legal action over the insolvency concerns was viewed as throwing good money after bad in the view of Hall Chadwick.

“It is also our understanding that the directors and the holding company are likely to defend any insolvent trading claim should it be pursued by a liquidator,” their report to creditors said.

Around 80,000 Sydneysiders had used Voly during its brief lifetime and Our Cow founders Bianca Tarrant and Dave McGiveron, farmers near Casino, 80km west of Byron Bay, are hoping those customers also have an appetite for meat delivery.

If they do, it would be a dramatic scaling up for Our Cow, which has around 50,000 customers on its books Australia-wide and 4,000 regular subscribers.

Tarrant and McGiveron came up with the idea of selling their beef directly to consumers over Facebook after literally nearly losing farm in droughts and then the Black Summer bushfires.

The idea took off, aided by the tailwinds of pandemic lockdowns, and in April 2021, the subscription service launched. It now turns over around $20 million annually, with the company nearly tripling in size in 2022. Our now employs 40 people, has a processing plant in Casino, and works with a network of 150 farms.

Last April the business raised $2.38 million on a $3m target through an equity crowdfunding campaign with VentureCrowd. It was the fourth largest crowdfunding raise of 2022.

Our Cow is now gearing up to tap the crowdfunding market again with an expressions of interest campaign already underway on Birchal. The business is hoping to raise up to $2.5 million.

Previous article Summer podcast binge: The founders of leading Australian startups reveal the secrets behind their success – and the lessons from failure
Next article Payments fintech Alii hits $10 million valuation with $2.5m pre-Series A raise
Via Business
Tags mergers and acquisitionsVoly