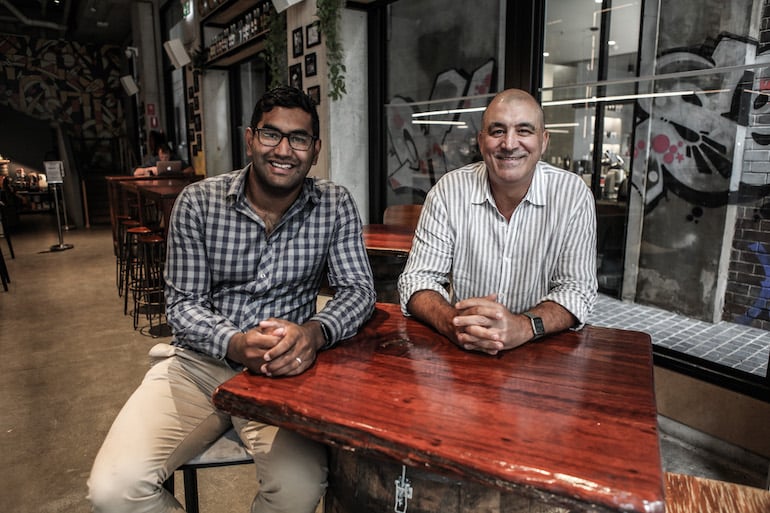 In an early sign that merger and acquisition activity is about to ramp up in the startup sector in order for companies to survive, Sydney-headquartered courier delivery service Drive Yello has merged with the cafe payments platform Hey You.

The merged entity is known as 4You Innovation, and hopes to hit up the market for more cash in the new year, seeking up to $15 million.

Drive Yello last raised $1.5 million in a Series A from Tidal Ventures in 2018, and amassed $7.7 million in venture capital in total since its launch in 2014. Hey You began life in 2012 as Beat the Q before merging with Posse, and E-Coffee Card in 2014, then rebranded in 2015 after raising $5 million. It most recently $2 million in a Series B in 2016 and counts Reinventure, Artesian, the Scaleup Mediafund and Alium Capital among its backers.

Hey You founder Adam Theobald went on to found Ordermentum, which raised $6.2 million in July this year.

Drive Yello founder Steve Fanale will lead 4You Innovation alongside co-CEO Asheesh Chacko. The leadership teams from both companies will remain with the group.

Fanale said the new business believes it can achieve $100 million in turnover in FY23, with revenue representing around 13% of that figure. His courier business has posted 150% year-on-year growth on average over the past two years, with clients including retailers Woolworths, Endeavour Drinks and Coles. The merger gives them 5,000 active vendors, 5,500 couriers, 10 million orders and 100,000 active customers.

“By merging Drive Yello and Hey You into one powerhouse, we will provide a single local ecommerce enablement experience for retailers that delivers best-in-class technology, services and products,” he said.

“This will help retailers keep up with consumer expectations.”

Hey You chair Peter Hammond said the merger “absolutely makes sense”  because of the “many synergies” between the payment app’s business model and Drive Yello.

“Bringing our teams together will enable us to develop new services to our established client base and expand our total addressable market.”

The merger of Drive Yello with Hey You follows the departure of meal delivery company Deliveroo from the Australian market last month, with the local arm of the UK-listed business placed in voluntary administration, a week after the collapse of  local grocery delivery startup Voly after burning through $18 million in VC funding; and Send falling into voluntary administration in May.

Previous article How a $40 investment changed Luke Cook’s life and the 5 things his new startup, Cuppa, taught him
Next article Husic gets cracking on the government’s new $15 billion ‘reconstruction’ fund for renewables, fintech, AI, robotics and quantum
Via Business
Tags Hey Youmergers and acquisitions