Australians are increasingly taking a break from social media, except for millennials 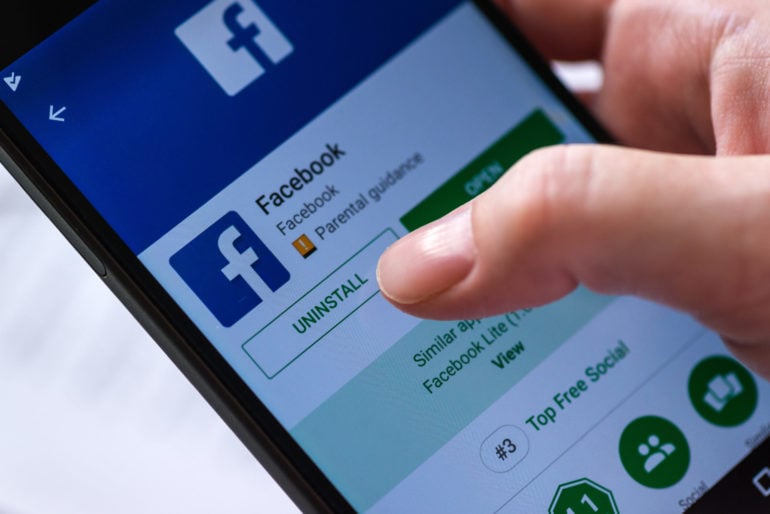 A recent nationally representative survey has shown Australians are willing and able to pull the plug on social media.

But it turns out the generation you were born in, as well as your level of education, will likely have a bearing on whether you do. This is important, as recent events have set the precedent for tech giants to pull or change content at any time.

Short-lived as it was, Facebook’s removal of Australian news raised interesting questions about our dependence on social media and whether we can do without it.

Read more: Google is leading a vast, covert human experiment. You may be one of the guinea pigs

Twitter users got #deletefacebook trending, while news columns called on Australians to consider distancing themselves from the platform. But it’s difficult to know exactly how many did.

The Australian Survey of Social Attitudes (AUSSA) is one of few studies uniquely placed to provide a balanced view on Australians’ social media use.

Results from the 2019–20 survey show many Australians have either cut back on social media, or quit it altogether. Half the respondents had reduced their use at some point.

People disconnect from social media for various reasons. These include concerns over privacy, an “always on” digital culture, pressure from being on display to the public and pressure from comparing oneself to others.

Others hold practical concerns such as wasting time, being too busy to use social media, losing interest or being bored. The majority (52%) of AUSSA respondents cited “boredom” and “time wasting” as the main reasons for limiting social media use.

Considering this, Facebook’s threat to become news-free may have constituted self-sabotage; it would have made the platform a blander, less informative and more disposable space.

Australians registered other concerns too, but in lower numbers. For instance, 18% cited frustration with online personas (such as excessive social comparisons and inauthenticity) as their main reason for disconnecting, while 15% cited privacy concerns.

Meanwhile, 14% of respondents had never used social media and 36% continued to use it consistently.

Past research has raised concerns over “internet addiction”, which refers to becoming so embedded in social media it becomes difficult to exit.

And the AUSSA survey reveals some of us seem more likely (and possibly more able) than others to disconnect from digital life.

This rose to 51% among those with a high-school or post-school certificate — and to 56% among degree holders.

The link between higher education and social media use speaks to a certain “privilege of disconnection”, whereby the choice to disengage is easier for those with certain resources.

For example, when tertiary-educated people give up social media, they may be better placed to replace the networks and information lost with other sources of connection and capital.

There were also notable differences in social media use between generations, although usage generally increased as generations became younger.

At 62%, Gen X (41-56 years old) led the way in social media reduction and disconnection. They were significantly more likely to have used and disconnected than baby boomers (57-75 years old).

But the rates of reduction and disconnection among millennials (25-40 years old) decreased, before increasing again for Gen Z. Millennials were also much more likely than Gen X to have never reduced their social media use at any point.

This group may simply not have found a good reason to disconnect. However, since millennials were raised with social media strongly integrated into their teenage and adult lives, it may harder for them to kick the habit when needed.

The slight increase in disconnection among Gen Z is telling here, as it suggests the generation to follow may have developed a little more critical awareness of the downsides of making social media omnipresent in one’s life.

The survey findings suggest social media use is indeed ubiquitous among young people.

But they also suggest claims of a widespread rise in “internet addiction” are excessive, since the majority of respondents from Gen X onward had either reduced or halted their social media use.

This is good news. Tech platforms at times have shown an ethically questionable willingness to sacrifice our privacy and agency for personal gain, with both Facebook and Google guilty of covertly experimenting on users in the past.

These survey findings suggest we have some agency of our own. Tech giants can’t rely on user loyalty, or inertia and certainly not addiction.

Users may happily switch platforms — or switch off altogether — if they continue to be treated like bargaining chips in business deals. Big tech, take note.