Atlassian’s income grew by a third in a year, but quarterly losses continue as the revenue outlook falls 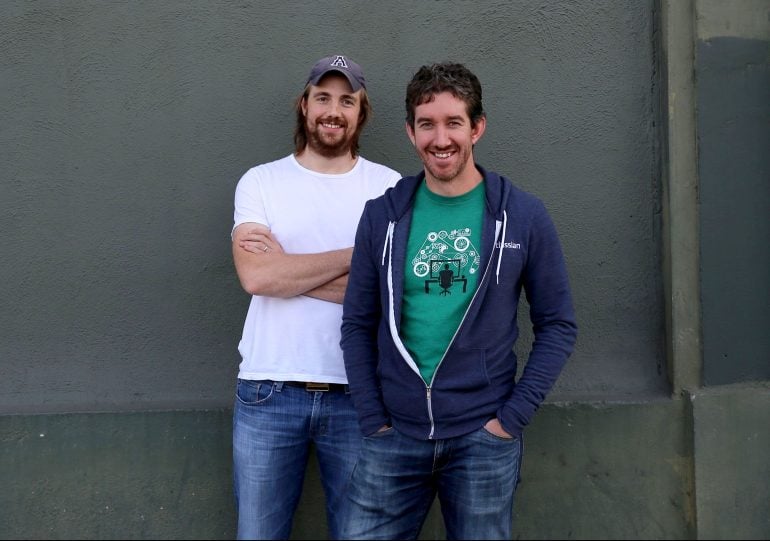 US-based Australian tech giant Atlassian has seen revenue rise by nearly a third (31%) to US$807 million in the first quarter (Q1) of the 2023 financial year, but the 20-year-old business continues to post losses as growth begins to slow.

Quarterly subscription revenue grew by 50% on 12 months ago, to US$651 million, but the company posted an operating loss of US$34 million for Q1 FY23, compared with operating income of $56.5 million. The net loss was $13.7 million, compared to a $411.2 million loss for the September quarter last year.

Total customer count, on an active subscription or maintenance agreement basis, sat at 249,173, adding 6,550 net new customers during the quarter.

Operating margin was (4)% for the quarter, compared with 9% for the same period in FY22.

Quarterly cash flow from operations was $92 million with free cash flow of $76 million. Cash and cash equivalents, plus short-term investments at the end of Q1 totalled $1.5 billion. 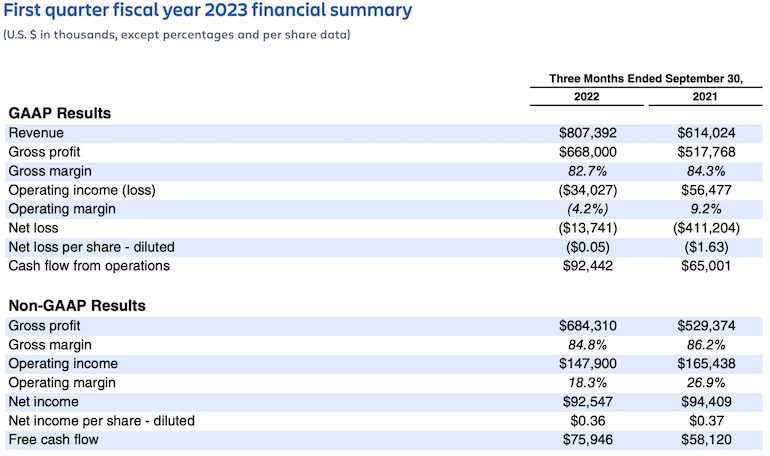 Atlassian re-domiciled its parent company from London to the US in September and now no longer reports financial information under IFRS (International Financial Reporting Standards), instead using GAAP (Generally Accepted Accounting Principles).

Atlassian cofounder and co-CEO Scott Farquhar said they are proud of the Q1 results, but the company will lower its revenue outlook for FY23 based on global economic headwinds.

“Despite the turbulent macroeconomic environment we find ourselves in, we have conviction about the incredible long-term opportunities in front of us and our ability to capitalise on them.,” he said.

“We have the right products, the right leaders, and the right strategies in place to come out of this downturn in a much stronger market position.”

In their letter to shareholders, Farquhar and cofounder Mike Cannon-Brookes said the issues the issues they identified last quarter continued in this one, including a decrease in the rate of Free instances converting to paid plans.

“That trend became more pronounced in Q1,” they wrote, adding that “This quarter, we started to see a slowing in the rate of paid user growth from existing customers”.

The co-CEOs said they’re not seeing changes in the company’s competitive position or in inherent demand for it products.

“The above two trends are the result of companies tightening their belts and slowing their pace of hiring. In other words, Atlassian is not immune to broader macro impacts. Our outlook assumes these trends will persist, but we’ll monitor, respond, and keep you updated accordingly,” they said.

“Turbulent markets provide an opportunity to shake up the leaderboards, and we are poised to play offence in this environment. Buoyed by the secular tailwinds of digital and cultural transformation, Atlassian is incredibly well-positioned to capture additional share in each of our three massive markets – agile/DevOps, IT service management, and work management – and we’re working to do just that.

The duo said they see “huge opportunities” in cloud migrations, serving enterprises, and IT service management.

The business added 989 net new staff, including around 200 new college graduates, to end the quarter with a total headcount of 9,802.

Total revenue is expected to be in the range of US$835 million to $855 million in Q2, with the operating margin position expected to worsen to approximately (20%) on a GAAP basis.

Gross margin is expected to “decrease modestly “in FY23 due to the continued business mix shift to the cloud and investments to support cloud migrations.

Operating margin will be in the mid-teens % for FY23,  but free cash flow is expected to be impacted, on a comparative basis, due to the lower operating margin in FY23 versus FY22.

More on the results here.