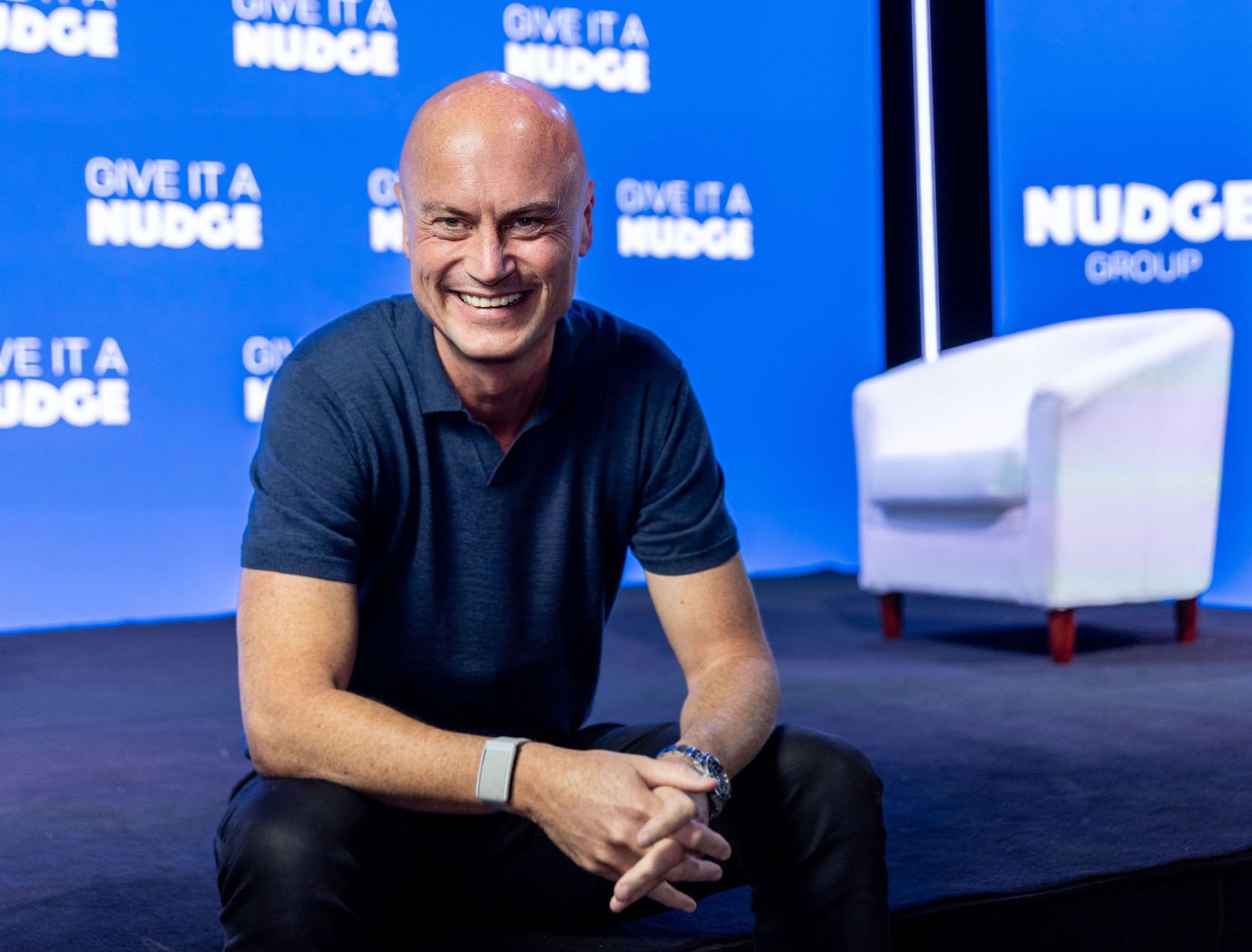 Steve Grace, CEO of Nudge Group, one of the first tenants at Tech Central's Scaleup Hub

The new Stone & Chalk-run Scaleup Hub at Tech Central opens its doors next month in July, and has signed up 7 companies for its initial roll-out

As founders think about hybrid work and how to bring their teams together Stone & Chalk Sydney General Manager Marie-Anne Lampotang said that companies looking to set up at the Scaleup Hub are thinking about how to use the space, rather than just desks for everyone.

The hub, at 477 Pitt Street, offers private office suites, meeting rooms, event spaces and spillover workspaces for companies scaling their operations, as well as being a landing pad for international businesses entering the Australian market.

The site will ultimately have room for around 60 companies across an 8,000-square-metres flexible workspace over six floors.

“Our first residents include companies from a diverse range of sectors ranging from electronics to edutech – these companies will help Stone & Chalk achieve its goal of transforming Australia into a more sustainable technology-driven economy,” she said.

Nano Dimension country manager Omer Tangi said they wanted to hit the ground running in Australia – and beer on tap also had appeal.

“Being in the centre of an environment that not only offers you access to industry experts but also puts you in close proximity to leading institutions such as the University of Technology Sydney (UTS), who is actually one of our first customers in Australia, will set you up for success,” he said.

“We are using advanced 3D printing technologies to disrupt, reshape and redefine the future of electronics production, creating an eco-friendly and intelligent on-demand process.”

The Scaleup Hub gives founders the opportunity to rub shoulders with other Tech Central residents including Atlassian, Commonwealth Bank, University of Technology Sydney, Cicada Innovations, The University of Sydney as well as a number of Venture Capital firms located in Surry Hills including AirTree.

Stone & Chalk Group CEO Michael Bromley said the Scaleup Hub is a notable step forward in realising a national ambition to establish itself as a global leader in innovation and technology in Sydney.

“Prior to the development of Tech Central, local and international emerging technology companies did not have access to the curated scaleup environment required for expansion,” he said.

“The NSW Government recognised the existing potential within Sydney to fill this gap through Tech Central, which will bring 25,000 innovation jobs to the workforce and help future-proof our economy.”