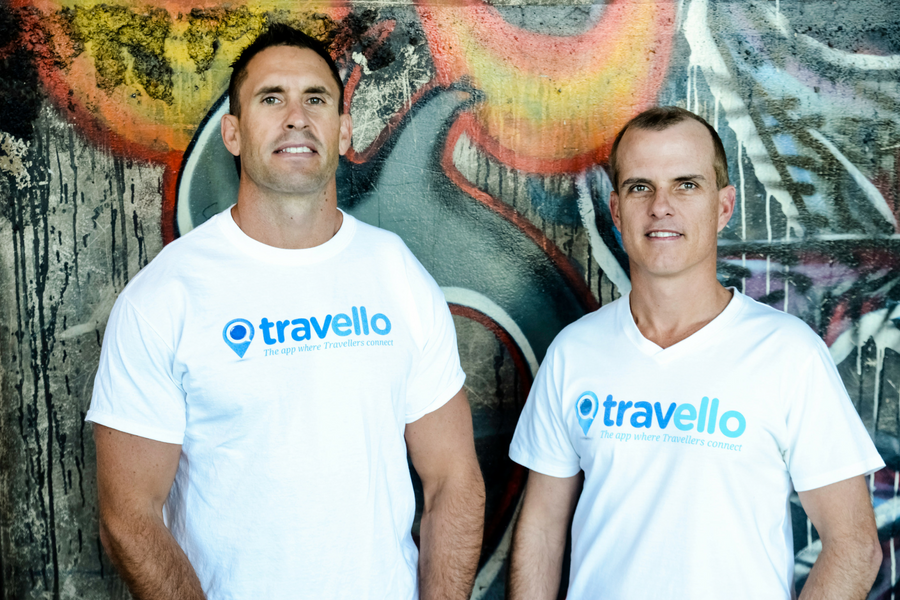 Brisbane-based travel startup Travello has raised $5 million in funding from private investors to grow its app for travellers and further the development of its new software-as-a-service (SaaS) marketing platform BlueTee.

Founded by Mark Cantoni and Ryan Hanly as Outbound in 2014, Travello’s core service operates as a social network for travellers in over 180 countries, helping them find others with similar interests with whom they can link up to discover and attend events and match travel plans.

The startup reported that the Travello app is now being used by more than 350,000 travellers, with 1.8 million events recorded on the Travello feed this past July.

Hanly, CEO of Travello, said the startup’s growth has come in large part thanks to its being able to grow a “connected tribe of passionate travellers”.

“We’ve done this via an unrelenting focus on the community and the product – making sure we give our users what they want. This has led to a significant amount of ‘organic network effect’. Having an engaged community of travellers is, and will remain, at the very core of what we do,” he said.

“I think timing has played a role too. The adoption of mobile technology, particularly in travel, has grown exponentially even over the last three years. Travellers aren’t using tablets or PCs, it’s all mobile. So I think our timing was on-point with what was happening in society, which has led to greater adoption. Who knows, if we launched five years earlier it just may have been too soon.”

Travello is now looking to further its growth with BlueTee, a marketing platform allowing travel companies to connect with their customers in-destination.

Through BlueTee, Hanly explained, companies can create their own geofences and customer segments to ensure they are sending the right message to the right traveller in a specific place and time.

“Until now, these companies inevitably lost touch with their customers as soon as their trip started, leaving a multi-million dollar revenue hole. We give them back their customers, enabling them to connect throughout the entire journey,” Hanly said.

The tech behind BlueTee was originally developed so Travello could communicate with its own users, with the startup then realising it would be of use to other travel companies and spinning it out as a new platform of its own.

“Once we realised we had a [business-to-business] SaaS play, we wanted to separate that from Travello, to keep the community feel sacrosanct. Travello is basically another social extension for these brands, but we give them much more control over their own customers than the likes of Facebook and Google,” Hanly said.

The fresh funding round, which brings the total raised by the startup to date to $6.4 million, will go towards further developing BlueTee and pushing Travello’s growth internationally.

“We’ve built a large community of travellers who engage within our platform around the globe on a daily basis; that was our initial goal and we wanted to take Travello to the next level,” Hanly said.

“What was key for us, and the growth of the company, was finding investors who understood the vision, our strategy and could add more than just money. That was hard to do – consumer facing apps are a hard pitch in Australia.

“But thankfully, the investors in this round all understand exactly what we are trying to achieve. They think big and can all add incredible strategic value. So the intangible value of the $5 million is worth a huge amount more.”