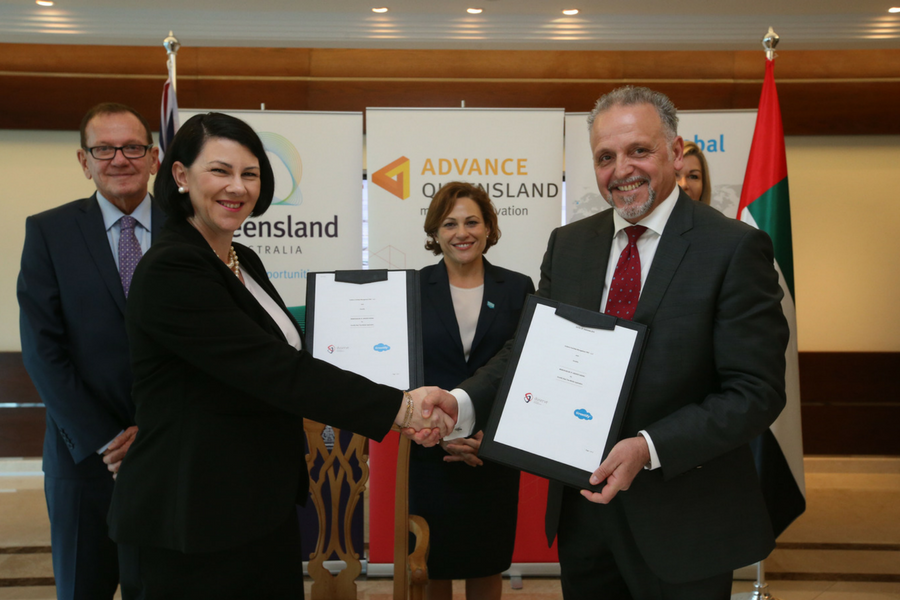 Brisbane startup Gruntify, which looks to help governments and other authorities make data-driven decisions through its geospatial mapping and reporting platform, has announced the signing of a Memorandum of Understanding (MoU) with Duserve, the facilities management arm of the Dubai Government.

Duserve has been commissioned to help build and maintain Dubai South, a new satellite city expected to become home to one million residents, as well as an airport.

The MoU signed between Duserve and Gruntify, winner of the Square Peg Capital and MYOB awards at this week’s Tech23 event, will see the startup provide maintenance and security solutions for the company.

Founded by Igor Stjepanovic in 2014, Gruntify evolved out of parent company GIS People after a Pilot Open Innovation Challenge the team attended. Hosted by the Queensland Department of Science, IT and Innovation and PwC, the event asked attendees to come up with a solution for a problem the Department of Transport and Main Roads was having with graffiti.

Users can post images, videos, and audio reports from the field in real time, with all this feeding into a control panel that allows businesses collecting the data to manage, map, and action it. It allows organisations to identify hotspots and better plan their responses.

Gruntify CEO Jamie Leach said the MoU was made possible through the signing of a trade agreement on October 1 between Deputy Queensland Premier Jackie Trad and executive chairman of Dubai Aviation City Corporation and Dubai South, Khalifa Al Zaffin.

Leach said the MoU with Duserve now opens doors for a long partnership moving forward and expansion across the Middle East and Africa.

“With this week’s Dubai South announcement opening a pathway into the greater Middle East, increasing our revenue and global expansion are both unquestionable outcomes for the business,” Leach said.

The announcement is the latest in what has already been a busy year for Gruntify. The startup was earlier this year chosen to take part in Microsoft’s BizSpark program, which provides startups with a range of free tools to further accelerate development.

Licensed for use by a variety of government agencies and departments and private companies, particularly in the utilities and environment spaces, Gruntify is currently working on a streamlined app for more general use.