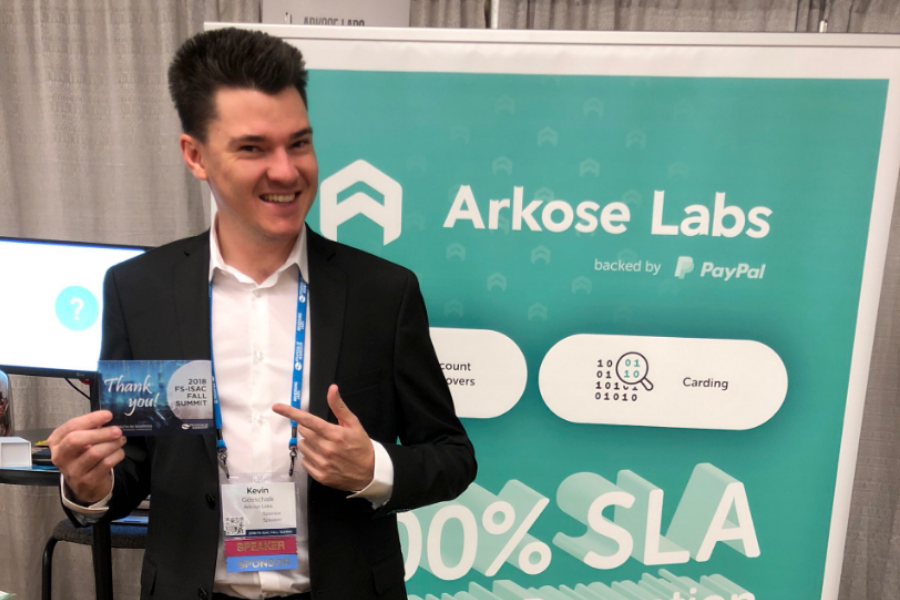 Arkose Labs, a fraud and abuse prevention startup, has secured a strategic investment from PayPal.

Based in San Francisco with an office in Brisbane, Arkose Labs was originally born out of a Brisbane Startup Weekend as FunCaptcha. Founded by Kevin Gosschalk and Matthew Ford, its first iteration sought to replace text-based captchas with, well, fun image-based captchas.

Writing in a blog post, Gosschalk said the investment is a “moment in our timeline that is significant for several reasons”: validation, momentum, and strength.

“It signals to our customers, the industry and any future competitors, that we are not only committed to helping organisations combat the growing online fraud epidemic, but we have the confidence, support and backing of major industry players,” he said.

“When it comes to ecommerce, PayPal is the grandfather and titan of the industry. Their team has recognised the power of the Arkose Labs solution and we are thrilled to have their support.”

According to Gosschalk, Arkose Labs has prevented over US$100 million of fraudulent activity within its customer base over the last 12 months; among its customers are Singapore Airlines, EA, roblox, and Kik.

In turn, he said the backing from PayPal is “gratifying” to the whole Arkose Labs team.

“We have come a long way in the last two years. The journey is exciting, and we are poised to solve the challenges of online fraud and abuse which our customers are facing head-on.”