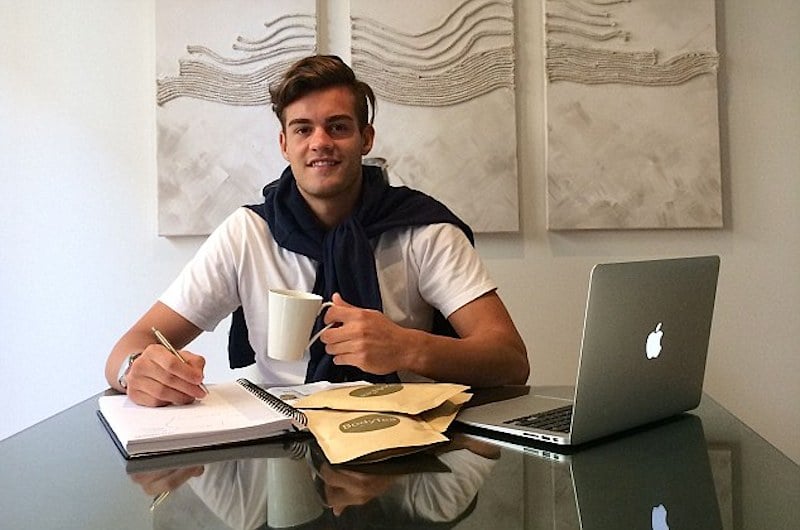 As of last Tuesday, BodyTea’s Instagram account with an 80,000-strong follower base has been hacked. According to Taylor Dow, Founder of BodyTea Australia, the perpetrator has been featuring special offers via Instagram such as ‘Follow us, and you’ll get a year’s supply of BodyTea’. These false offers have come with a malicious link that could potentially harm customers’ computers and gain access to their personal details.

The perpetrator, which according to the police is a US-based company, has also been unresponsive to customer queries, while being intentionally “rude” to others.

“I tried to log in and upload a picture on Instagram but I was logged out. Then I re-logged in to reset the password through a link, and realised that the emails were changed to quite rude names about myself, including a few swear words. I knew something was up,” Dow tells us.

BodyTea’s PR representative, Tina Zafiropoulos, informed us that the perpetrator also set up a Twitter account @BodyTeaUSA, in an attempt to portray themselves as a sister company.

From her knowledge, the hacking took place because one of BodyTea’s team members accidentally clicked on a malicious link sent to her email, which appeared as if it was from Instagram. The link redirected her to a copycat site, and prompted her to provide login details. What happened after is uncertain.

Dow says Instagram’s support department has been contacted on numerous occasions, and is yet to respond.

The seventeen-year-old suspects that there may have been unauthorised access to their servers because they weren’t receiving any emails for a period of 24 hours – this is unusual given they have a rapidly growing customer base.

Mod Media, a Melbourne-based web development company responsible for the design of bodyteaaus.com, confirmed this morning that the startup’s Instagram account was compromised – however, weren’t aware of any unauthorised access to BodyTea’s servers.

Dow prefers not to reveal the company that hosts their servers, so we are unable to confirm anything. He feels that disclosing this piece of information will lead to further hackings.

This debacle has had a negative impact on the startup’s reputation. Customers have communicated their frustration about BodyTea’s bad customer service and non-arrival of products.

Dow assures that customer service has been a priority since the company’s inception in 2013, and all recent negative experiences are a result of the hacking.

“It’s all a big drama. It hurts that these people are giving my company a bad name,” he says.

Ever since Dow became a hop topic in Australia’s mainstream and independent media, his company has been subject to scepticism and harsh criticism – particularly from Australians who haven’t consumed the product.

We at Shoe String don’t believe that these are consequences of a bad product – but of flawed marketing.

Dow says they’ve been marketing BodyTea as an “anti-bloating and detox tea, that can assist with weight loss when accompanied by exercise and a healthy diet”, not necessarily “just a weight loss tea”.

However, on the company’s website, as you can see in the screenshot below, “weight loss” is mentioned multiple times and even in bold.

BodyTea has been promoted primarily through social media using ”before and after” pictures – a marketing strategy commonly associated with diet food products and exercise equipment.

We have been assured that BodyTea is different to other competitors in the marketplace, which have chemical laxatives. Dow says BodyTea is made of natural and organic ingredients – and is sourced and manufactured in a high-profile chemist factory in China.

The ingredients are Hyacinth Dolichos flower, Citron, Chrysanthemum, Puer Tea, Green Tea and Dried Jasmine. These ingredients have been used in various tea blends since the 1600s.

What makes BodyTea unique is not necessarily its ingredients, but the quantity of each ingredient used per tea bag. Dow says other companies have tried to copy their formula, but have been unsuccessful because they don’t know the measurements required for each ingredient to have a positive effect on the body.

The BodyTea mixture was not something Dow came up with on his own, but with the help of naturopaths and dieticians in Australia and pharmacists in China.

BodyTea is not the miracle weight loss product we all dream of; it’s simply herbal tea – much like other ones you can buy from supermarkets and health food stores, except mixed together in one blend.

There may, however, be incorrect perceptions floating around regarding the product. People are often comparing BodyTea to another Australian brand SkinnyMe Tea, which caused serious side effects and even one hospitalisation mid-2013, according to the Sydney Morning Herald. It’s important to note that BodyTea and SkinnyMe Tea are different brands selling different products with different ingredients.

One BodyTea customer we have spoken to, who didn’t want to be named, said she “had no issues with the tea at all.” She did not experience any laxative effect, and says she generally feels healthier drinking the tea. She has a BMI of 24 (normal) and has lost two kilos in two months.

“I’ve altered my diet slightly – I’m not having any more soft drinks or Burger Rings. I’ve lost a little bit of weight, but the main reason I wanted to try BodyTea is because I get bloated a lot – and also because I love herbal tea,” she said.

We’d also like to point out that in a former article, we mentioned that Dow was delivering $10,000 worth of profit every week. This is not entirely accurate.

Dow says $10,000 is what he delivers on a “bad week”. He is delivering an average turnover of $25,000 per week, with a maximum of $45,000. Of these numbers, approximately 75 percent is profit. The remaining 25 percent is spent on manufacturing, packaging and advertising.

When asked about how he feels about the criticism he has received, Dow says, “No matter how well or how badly you do, there are always going to be people who hate you.”

“It might be jealousy. It might be the fact that people are nervous about buying online. I don’t know exactly what it is. But what I do know is that I have to be the bigger person. I can’t let it affect me, I’m going to keep moving forward and handle things as they come.”

Previous article Australia vs. Silicon Valley: Replicating a culture of innovation
Next article Interior Secrets continues to claim the title of one of Australia’s fastest growing startups
Via Advice
Tags BodyTeaBodyTea AustraliahackstartupTaylor Dow