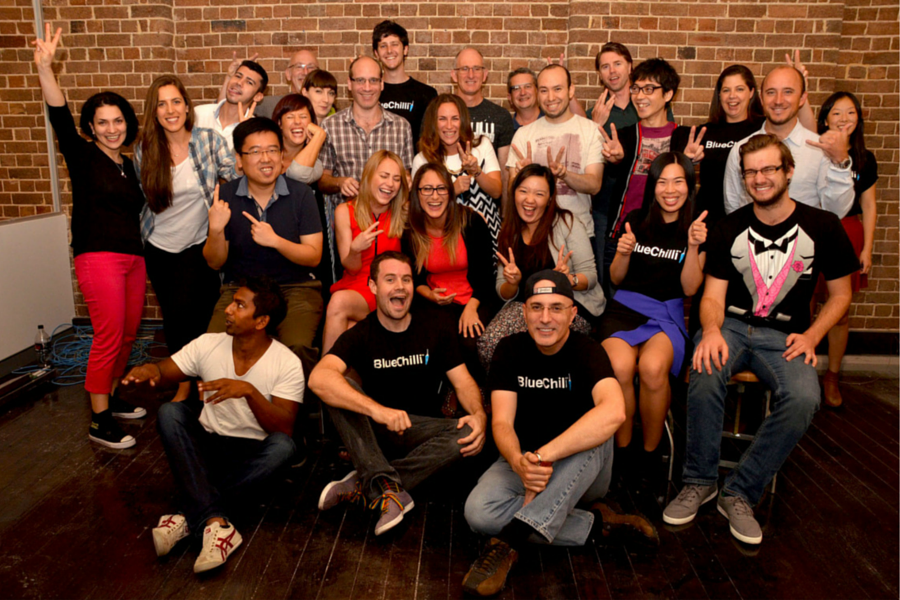 BlueChilli has announced the launch of SheStarts, a female-focused accelerator that will fund and mentor 10 female tech entrepreneurs who are launching their startups this year.

Announced at yesterday’s International Women’s Day champagne breakfast event held by Like Minded Bitches Drinking Wine, the program has come together through a collaborative effort with Springboard, Heads over Heels, Jane Lu and Gen George’s Like Minded Bitches group, City of Sydney, Committee for Sydney, NSW Department of Industry, Data61 and Piivot. Corporate partners will be announced soon.

“There are inspiring and successful groups already supporting women entrepreneurs and this program will give them all a voice,” said Colette Grigic, general manager at BlueChilli.

Each chosen team will receive $100,000 in seed funding, however the amount of equity being exchanged is not locked in and will be announced upon the official launch of the program in the coming weeks.

The journey of each idea to launch stage will be captured in both a web and T.V. series documentary, with the aim of helping the world understand the diverse meaning of the title ‘tech entrepreneur’. Grgic said the program and delivery of the series will amplify the success of startups and inspire more women to join the startup space, with now the best time to be involved in the tech ecosystem in Australia following the government’s ‘ideas boom.’

The idea for the SheStarts accelerator and focusing on the journey of women entrepreneurs is a personal initiative for Grigic. She said she was slammed on Twitter last year following one of BlueChilli’s competitions because only 10 percent of the accelerator’s finalists were women. However, she said, only 13 percent of applicants were women, which just goes to show how underrepresented women are in the startup space.

“Although I have no problem picking the best of the best irrespective of gender – we have no ‘targets’ to fill – only having 13 percent female applicants is a problem that needs to be addressed. Apart from the obvious STEM education piece, we believe the low participation is because we have a lot of women out there working on tech, digital, and online startups but they don’t label themselves as tech founders. So we need to change that broader perception and that’s a key reason we invited a film crew to document their journeys,” explained Grigic.

As such, Grgic said the documentary aspect of SheStarts will play an important role in demonstrating to women that it’s possible to startup a lean business even if you lack the knowledge and know how in certain areas of business and development.

“All it takes is getting started, and you will learn as you go,” Grgic said.

Grigic admitted that while a program focused on women should have been done years ago, now BlueChilli is in a great position to find problems in the market and use the innovative ideas of women to fix them.

“When we started talking to potential partners at the start of the year, we received such overwhelming support that there was no way we couldn’t do it. It’s really snowballed, which is testament that it’s time to stop whinging and just get it done,” Grigic said.

She also highlighted the fact that all three general managers at BlueChilli are women, which shows that the company has grown into a genuinely diverse business not only in terms of gender, but representation of racial and ethnic minorities, ages, and cutlure.

BlueChilli is currently working its their partner organisations to bring on various members to the program. The accelerator has opened up expressions of interest for mentors and will later be reviewing the 10 chosen entrepreneurs to determine which pool of mentors will be best places to help guide and grow the startups ideas and businesses.

Grgic said that program applicants don’t have to be technologists themselves, but should be using technology in smart and innovative ways to create viable, valuable and scaleable businesses. As such, she said the types of applications received will determine the flavour of the program.

SheStarts will join a number of female-focused accelerator and incubator programs that have launched in Australia over the last few years. SheStarts partner Springboard Enterprises is one of the oldest of the lot, last year running its third annual program, while New Zealand’s Lightning Lab last month announced the intake for its first female-focused program, Lightning Lab XX.

Entrepreneurs are also being supported by a growing number of specialised investment programs, with the likes of Forming Circles Global and Scale Investors focusing on women-led businesses.

Applications for SheStarts will open in the coming weeks.