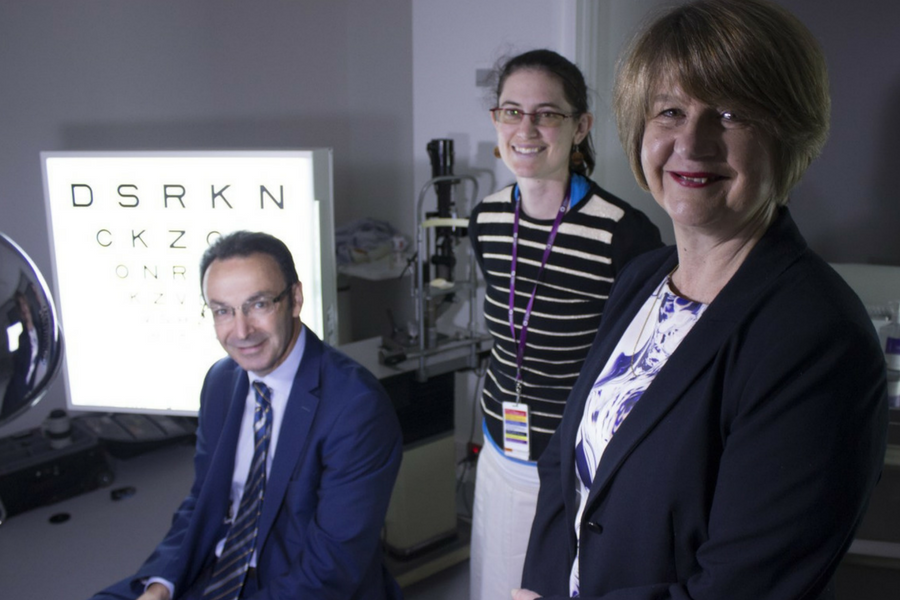 Bionic Vision Technologies (BVT), a company working to create a ‘bionic eye’, has raised US$18 million ($23.5 million) from Hong Kong investors China Huarong International Holdings and State Path Capital, which will go towards helping the company transition to commercialisation.

The development of the company and its technology thus far had been funded by a five year, $50 million grant administered by the Australian Research Council through the Special Research Initiative.

The funding will see the company manufacture devices and begin a human clinical trial of its bionic eye implant; the implant looks to help patients with an inherited degenerative condition called retinitis pigmentosa, the most common cause of inherited blindness, affecting more than 1.5 million around the world.

Placed at the back of the eye, the implant works by stimulating the surviving the surviving nerve cells in the retina with electrical signals created from images that are collected by an externally-worn camera, or smart glasses.

As well as clinical trials, Robert Klupacs, executive chairman of BVT, said the funding will help the company work towards securing regulatory approval and commercial launches in key markets; it’s estimated by the US National Eye Institute that 1 in 4,000 people worldwide have retinitis pigmentosa, with a higher number of cases in China and India compared to other countries in the developed world.

“This investment is an important milestone for our unique Australian technology and an endorsement of our approach to making a positive impact on global health. These new funds will help create an innovative, solution to potentially help improve the lives of blind people,” Klupacs said.

“There is currently no treatment for conditions such as retinitis pigmentosa and our new investors recognise BVT has developed a world-leading solution with potential to make a significant impact patient’s sight and lifestyle.

Alastair Lam, chairman of State Path Capital, said, “Given BVT’s commitment to developing and delivering a revolutionary solution for vision loss, we believe its bionic eye technology has the potential to transform the lives of millions of people and meet a large unmet need. Our investment support will help move the current product closer to market and the communities who will benefit.”

The commercialisation of research conducted at universities and research institutions such as the CSIRO has been a particular focus for the government, which last December launched the $200 million CSIRO Innovation Fund, dedicated to commercialising research generated at the organisation and other publicly-funded bodies.

The government has also launched the $500 million Biomedical Transformation Fund to invest in new biomedical innovations, with $250 million in government funding to be matched by private sector funding.