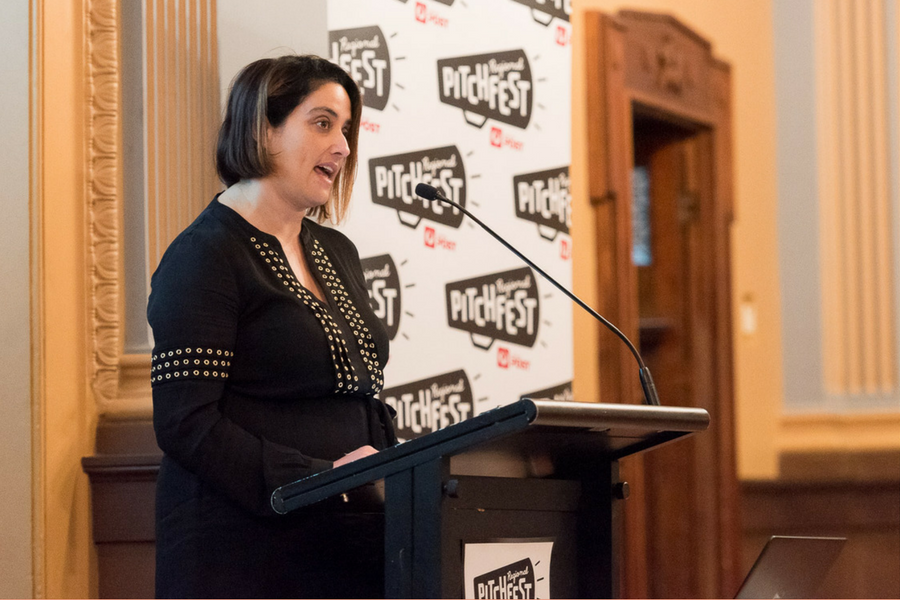 Applications have today opened for Bendigo’s Regional Pitchfest, calling upon regional innovators and startups to help build a culture of entrepreneurship outside the major cities. The event has been launched through the support of Australia Post, which has partnered with Regional Pitchfest to give communities around Australia a platform to showcase their business ideas.

“Think Shark Tank on stage. Our aim is to find the country’s most exciting entrepreneurs, artisans and small business owners, and unearth the next big business idea to come out of regional and rural Australia,” said Regional Pitchfest founder, Dianna Somerville.

The first ever Regional Pitchfest was held in Wagga Wagga on June 29, and due to its success, more are popping up around regional country towns. As a first for NSW and Australia, Wagga Wagga has set the mark for places like Bendigo in supporting rural-based tech entrepreneurs.

Somerville said of the Wagga Wagga event, “From high school kids to retirees, not for profits to existing businesses, the range and diversity [of entrants] was truly amazing.”

Bendigo is the second town to host the Regional Pitchfest, with more expected to take part next year. The Bendigo event will give entrepreneurs the chance to present their ideas to a panel of expert judges including Startup Victoria CEO, Georgia Beattie and Australia Post CIO, Greg Sutherland.

To be held in event space the Engine Room, startups will take the stage and compete for five finalist positions. The overall winner will receive $5,000 in cash and be given the opportunity to pitch their idea to the University of Melbourne’s accelerator program, MAP.

The runner up will receive $3,500 in cash and a $1,500 community choice award will also be up for grabs, voted by the audience on the day. All finalists will also be eligible for eCommerce acceleration support to the value of $10,000 from Australia Post and MAP.

Though Victoria still trails behind NSW in terms of the number of tech startups in the state, according to startup rating system Oddup its level of talent is higher than any other state. Much of this is, of course, concentrated in Melbourne: according to Oddup, the city is home to the best and brightest tech talent in Australia and has experienced economic growth higher than that of New Zealand and even Singapore. Higher education institutions like Melbourne University are responsible for pumping out more IT graduates per year than any other Australian state, while Oddup also revealed that 20,000 new technical professionals have relocated themselves to Melbourne over the past five years.

However, there is ample opportunity for Victoria’s regional towns and cities to benefit from this. Bendigo has had a major business and industry centre since the gold rush era and is now home to a growing population of over 100,000 people. With a strong manufacturing and retail sector, Bendigo has the ideal conditions for ecommerce startups – as such, it is no surprise that Australia Post is a major partner of the Bendigo Pitchfest competition.

Applications for Regional Pitchfest in Bendigo close October 27, with five finalists to compete on November 23. Click here to apply.