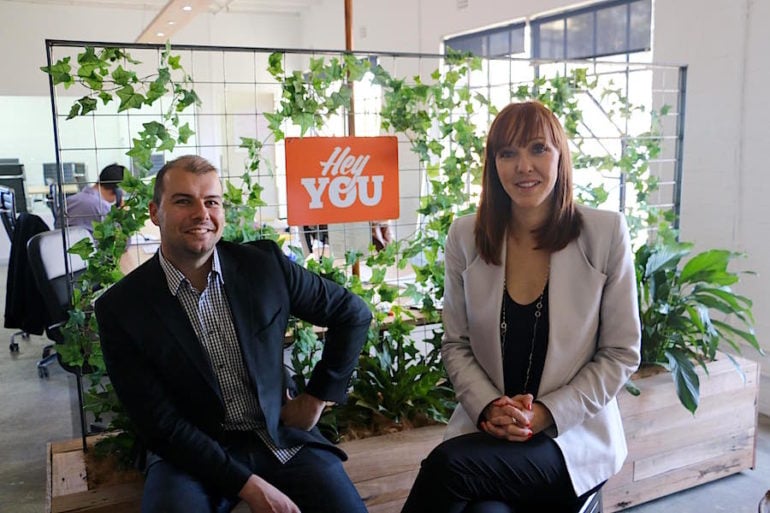 Reinventure and Exto Partners are the first institutional firms to back the Beat the Q Posse Group. Prior to the merger, Beat the Q and Posse had collectively raised $5 million from prominent investors and tech luminaries including Silicon Valley-based venture capitalist Bill Tai; Lars Rasmussen, lead Facebook engineer and Co-Founder of Google Maps; Simon Rothman, partner at Greylock Partners and former eBay executive; Greg Wilkinson, Founder of Reckon Software; Alex Harvey, global head of principal investments at Macquarie Group; and James Spencely, Founder of Vocus Communications. During the merger, the startups had 500,000 users, 56,000 shop relationships and processed over 400,000 transactions per month combined.

The Group tripled its customer base within six months since the merger last year and has transacted $10 million on behalf of partnered cafes.

Adam Theobald and Scott Player launched Beat the Q in 2011 after experiencing injustice at a Jack Johnson concert. Perhaps, injustice is a strong word, but the co-founders were certainly distraught when they lined up for food at the concert and waited 45 minutes to reach the front, only to find a group of girls sneakily pushing their way forward and positioning themselves at the front of the line. Theobald decided to confront the girls, and asked them to move back a few spots. They agreed.

When the co-founders got to the front of the line again, Theobald ordered 25 chicken burgers and sold them at a premium to those who were waiting behind the girls. “It was a comical moment. But what I learned was that people hate waiting and are prepared to pay for convenience,” he told Startup Daily in a previous interview.

Named literally, Beat the Q has since become a fast growing mobile ordering platform for time-poor and chronically impatient café-goers, who can make orders and payments within 10 seconds through the app and pick up their coffees and croissants when ready.

In February this year, the startup acquired eCoffeeCard which consolidates coffee loyalty cards in one location; and at the time of acquisition, had a reach of 1,600 cafes and 320,000 users in Australia.

Posse, on the other hand was launched by Rebekah Campbell in 2010. The company has raised $4.5 million prior to the merger, and had undergone a major pivot. Initially, it started off as a platform for musicians to reward dedicated fans who promoted their shows via social media. In 2012, the startup relaunched with a focus on the retail market. At the time of the merger, Posse was an online shopping network allowing users to create virtual streets of their favourite places to eat, drink, and shop, and share these collections with their friends and other people with similar tastes. Shop owners can see who’s recommending them, build relationships with customers and find new customers using the platform.

On the 10th of August, Beat the Q Posse Group will rebrand its flagship application Beat the Q to Hey You. Users will gain access to an upgraded app, which combines the core features of Beat the Q, Posse and eCoffeeCard and enables users to order, pay, gain loyalty benefits, discover new stores and connect with small business owners. Features such as group ordering and beacon enabled table service will also be added to the app, the result being an all-encompassing dining app that eliminates the need to use multiple apps for different functionalities.

Simon Cant, Reinventure’s Co-Founder and Managing Director, said, “We’ve been following this Group for some time and have been very impressed by Beat the Q’s high user engagement and Posse’s track record of growth. Based on the product vision and scaling plan, we believe that the integrated product will become an indispensable tool for Australian cafes and other merchants. We very much look forward to supporting them to achieve that goal.”