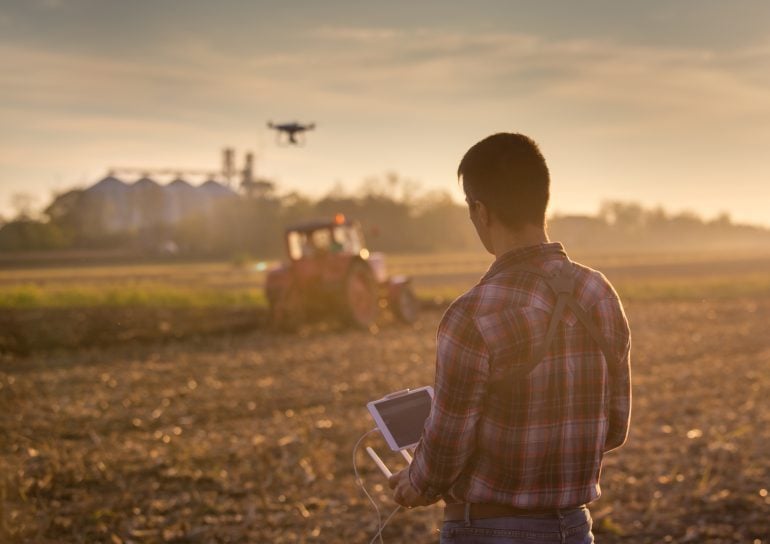 Australia’s agricultural technology (agtech) sector is falling behind New Zealand and the US when it comes to connecting on social networks, a key metric in innovation and ongoing success.

An investigation into the US, NZ and Australian agtech sectors by the United States Studies Centre (USSC) in conjunction with LinkedIn found that Australia’s networks are less dense and less connected to the United States than New Zealand’s.

The study looked at LinkedIn connections between startups, startup founders, and venture capital firms in Australia, New Zealand and the United States in the agtech sector. Australian AgTech networks were behind the United States in cohesion and inter-connectedness and also trails New Zealand in cohesiveness as well as comparative connections to the US.

At just a fifth of Australia’s population, Kiwi agtech is outperforming its trans-Tasman rival when it comes to building ties to the world’s largest agtech market.

Australia’s near neighbour has a fifth of Australia’s population yet is somehow performing better in building ties to the world’s largest AgTech market, worth an estimated US$10.2 billion.

The USSC report, “Isolated agtech in Australia? A social network analysis of an innovative sector”, observes that social networks are an integral component of entrepreneurial ecosystems.

“There is strong evidence to suggest that the best innovation occurs within dense networks which contain actors that are open and receptive to external and novel knowledge flows. The inverse appears not to be the case. It has long been held that networks which are geographically removed from industry-relevant clusters have significantly less innovative output, even when they are located in manufacturing hubs,” the analysis says.

The research team concludes that Australia is also failing to leverage its relationship with the United States, arguing that Australian agtech is not taking advantage of the strong cultural and economic ties between the two countries as other sectors have.

Their key findings are that:

The report offers a number of ways that Australia can work to address these shortfalls including implementing mutually-beneficial initiatives with New Zealand to increase foreign venture capital investment in the region generally.

Claire McFarland, director of Innovation and Entrepreneur Program at USSC said: “Lack of access to funding, customer, supplier or partner networks is one of the often cited barriers facing Australian startups. This research makes an important contribution to understanding the linkages between Australia and the United States in the emerging agtech ecosystem.”

Here are the four key policy recommendations from the report:

Australia and New Zealand can both expand efforts to collaborate across the Tasman as well as leverage their unique strengths in agtech in concert. Already a long distance away from most other markets, the two countries are more likely to draw attention when considered together rather than distinct from each other

2. Stronger engagement of venture capital as a key component of building networks and growth
Beyond agtech, Australian venture capital per capita across all sectors of the economy is a third of New Zealand’s and an eighteenth the size of the United States’. Foreign venture capital firms can help address this challenge. But they also supply more than money, providing global networks and expertise in how to scale. Ranging from financial incentives to government-sponsored trips, the Australian government can learn from the efforts of other nations like Israel and New Zealand in attracting and welcoming such firms.

3. Greater support for agtech from the Australian government
The Australian government has accomplished a lot on agtech but it can do more. Austrade can follow New Zealand Trade and Enterprise’s lead and consider subsidising the full costs of trips by qualified agtech funders from overseas. Such funders could provide both the capital and know-how of global best practices.

4. A wider understanding of the role of agtech
Agtech is part of the knowledge economy and is, therefore, not limited by crop or land sizes — just like any other technology, the whole world is the market. The government should approach agtech with that mentality and widen its understanding of agtech, making particular note of its significant economic potential.