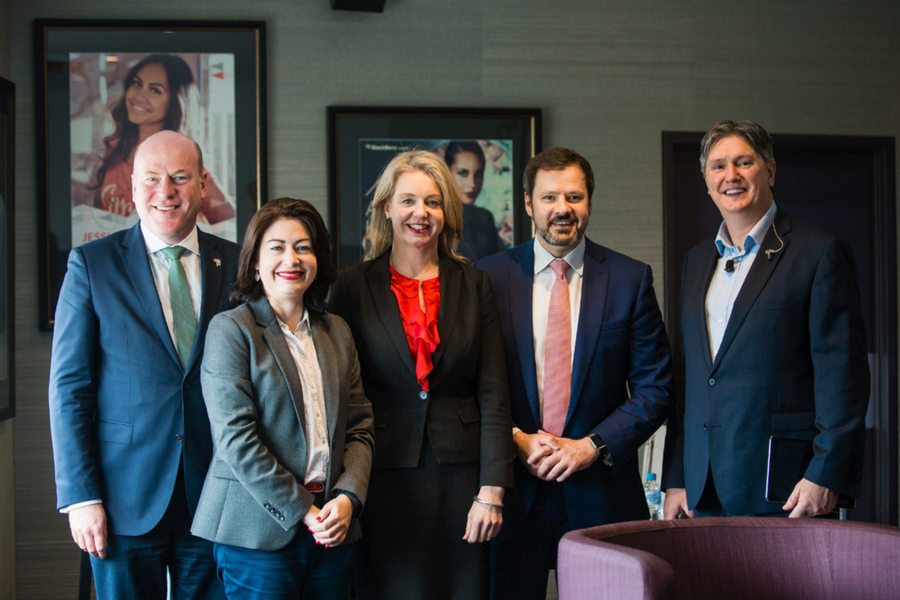 The panels may have covered everything from innovation policy to the use of data and how to change the thinking of company boards to embrace moonshots, but there were a few recurring questions throughout the morning at the Australian Computer Society’s (ACS) Reimagination conference.

Among them were, how can Australians be equipped with the right skills to help them engage with and take part in the digital economy, and how can Australia’s culture change to embrace entrepreneurship and all the benefits and challenges that come with it?

As Robert Hillard, managing partner of consulting at Deloitte, put it on a panel looking at moonshots, the problem is that Australians are largely afraid of failure. Often, if a project fails in a large organisation, the definition of success will be redefined and the goalposts moved to shift the outcome and deem the project a success instead.

This thought was later echoed by Ed Husic, shadow minister for the digital economy, who said the biggest moonshot for Australia “is to actually have moonshots”.

He said, “We often hold ourselves back and wait for someone else to do it; the number of times I hear people say, we should look at this country and see what they’re doing, I think to myself, did they think about us when they were doing what they did? They just went out and did it.”

A key part of the solution, agreed the panel, is education.

The challenge here however, as shadow assistant minister for universities, Terri Butler explained, is that it’s hard to predict what the jobs and skills of the future will be, and ensure everyone has access to the education required to develop these skills.

“The education that we’re talking about can have a transformative effect on the lives of the individuals who obtain the education…but much more importantly, our education system has a system-wide impact on our economy and our society, because education is really the best force that we have to mitigate the rising inequality that we have, and to improve our nation’s productivity,” she said.

While the national curriculum has made efforts to build digital literacy and skills, the capability of teachers – or lack thereof – to actually teach these skills must be addressed.

A June 2017 report from the House of Representatives Standing Committee on Employment, Education and Training as part of its Inquiry into innovation and creativity: workforce for the new economy found “quantity and quality” of Australia’s university STEM graduates is dependent on the quality of STEM education in schools – which is currently not so great.

Committee chair Andrew Laming stated in the report that the main problem is educators undertaking the teaching of STEM subjects are not themselves adequately qualified; a Position Paper on STEM from the Office of the Chief Scientist found only 16 percent of year 4 students in 2011 were taught science by a teacher who specialised or majored in science, and only 20 percent had a teacher who specialised in mathematics.

“Unfortunately, in some schools, STEM subjects, particularly maths, are not taught by teachers who have a specific proficiency in those subjects,” Laming said.

Butler argued at Reimagination that more must be done to properly train teachers themselves up with these skills and give them the confidence to teach them.

“The syllabus can be great, but if teachers don’t have the confidence then that can be a problem. It’s not because they’re not able, it’s because they’re not sure…we have to make sure teacher training is up to date so they can turn young minds onto science, tech, and maths,” she said.

Of course, though, it’s not all just about the STEM skills.

Speaking on an earlier panel, David Thodey of Jobs for NSW and the CSIRO said it’s not necessary for everybody to learn how to code – what is important, though, is for everyone to understand the role coding and innovation generally must play in solving future problems and pushing Australia forward, and how their skills plug in.

This thought was later echoed by ANZ’s chief data officer Emma Gray in a subsequent panel looking at the role of data.

Explaining how ANZ works to make use of its data, Gray said a data scientist is just one piece of the “machine” that takes something from an idea to incubation and into the customer’s hands; also part of this machine are marketers, human centered design specialists, and a raft of people with varying skills.

Beyond the challenges around education, also explored was the role and possibilities of the digital economy, and mainstream Australia’s understanding of it all.

For Husic, the role of the digital economy must extend beyond profit.

“It’s not all just about generating dollars, it’s about making communities work better as well and being able to solve social problems, and be able to really breathe life into the promise of technology in terms of contracting distance between people, ensuring things are done better and more efficiently, these things that can be captured in that definition of the digital economy are really important,” he said.