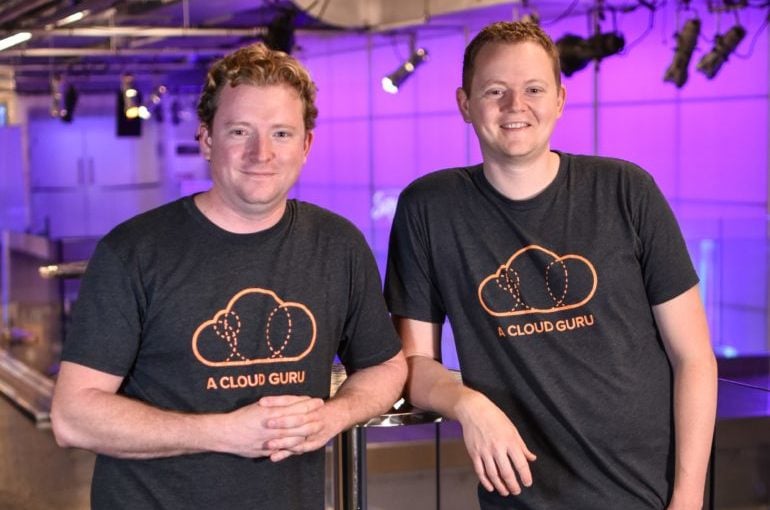 The $2 billion deal for the London-based startup, which began life in 2015 in a Melbourne bedroom as the vision of brothers Sam and Ryan Kroonenburg, is one of Australia’s biggest M&A tech deals.

Sam, the company’s CEO, has remained in Australia, while his brother is based in Europe, and will now lead Pluralsight’s cloud division.

A Cloud Guru is used by more than 2.5 million people across 4,500 organisations globally to learn how to use cloud platforms. It generates more than A$116 million in revenue.

In 2019 A Cloud Guru raised US$33 million (A$47m) from US and local investors, including Summit Partners and Airtree Ventures, having previously raised a US$7 million (A$9m) in a series A two years earlier.

Utah-based Pluralsight was acquired by US private equity company Vista Equity Partners for US$3.5 billion in late 2020.

Sam Kroonenburg said the merged companies will be in a better position to meet the market demand for cloud skill development.

“Technology alone won’t transform businesses, a continuous flow of new skills, creativity and innovation will. Since its inception, A Cloud Guru has empowered enterprises to unleash the cloud’s full potential by aligning talent, technology and vision,” he said.

“Together Pluralsight and ACG will chart an accelerated path to success at every stage of cloud maturity while driving cloud adoption and innovation within corporations.”

“For businesses around the world and across all industries, cloud transformation is one of their most important technology initiatives and closing the growing cloud skills gap is their single biggest challenge in meeting it,” he said.

“As the leader in technology skill development for large enterprises around the world, we are determined to be their trusted partner to solve it.

“With our acquisition of A Cloud Guru, we are now positioned to deliver the most comprehensive solution for driving cloud maturity at scale through an all-in-one solution for cloud skill development.”

Airtree Ventures partner James Cameron said they were excited for the Kroonenburgs to double down on building cloud-based education.

“It has been inspiring to watch A Cloud Guru go from scratch to a global leader in developer education in only five years,” he said.

“This is a huge milestone for Sam and Ryan and speaks to the world-class product and team they’ve built. Their success paves the way for more Aussie startup founders to make a global impact, as they can undoubtedly learn from their journey.”