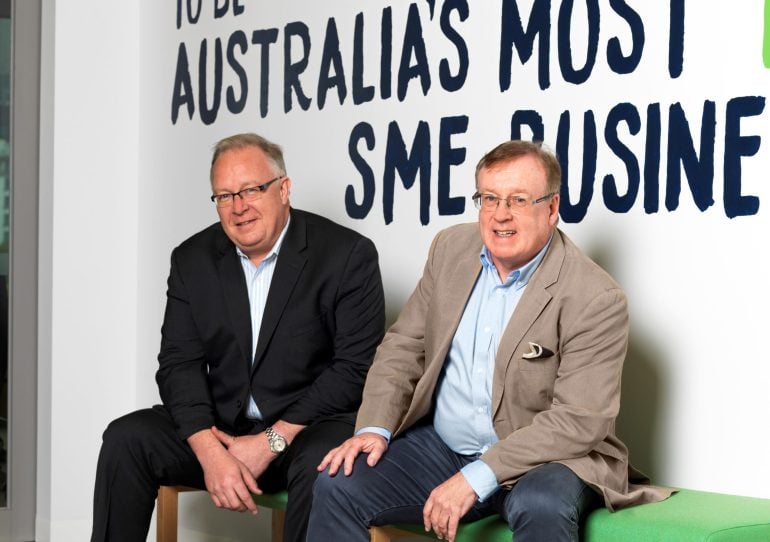 Judo Bank made its ASX debut today, delivering comparatively modest gains for investors in the fintech’s IPO compared to some recent tech listings.

The float raised $657 million for implied equity valuation of $2.3 billion.

That’s an extra $400 million on the $1.9 billion valuation at Judo’s previous $174 million capital raise in June.

Adding the fund from the IPO today, the small and medium-sized business (SME) has now raised $1.857 billion in total, and seen its valuation more than double since May 2020.

Judo’s ASX debut is the first IPO by a first fully licensed Australian bank in 25 years – and comes just 2.5 years after APRA granted the fintech its full ADI licence in April 2019.

It was a good day for co-founder and CEO Joseph Healy, one of Judo’s top 10 shareholders, with a little over 3% of the business worth around $73 million. He sold down a small portion of his holding, along with co-founder David Hornery who still has a 2.1% holding that started the day worth around $43 million.

Also doing well out of the float is CFO and deputy CEO Chris Bayliss who retains just under 1% of the bank, worth $20 million.

But the bank’s staff were also keen to get in on the action, with 1.3 million shares worth $2.49 million allocated under the Employee Discount Offer.

While Judo posted a loss of $4.9 million in FY21, the bank is forecasting a $5.2 million profit in FY22 in its prospectus.

CEO Joseph Healy said Judo Bank’s IPO means more SMEs will have access to a relationship bank that “listens, understands and boldly backs their business”, as the Melbourne-based company looks to ramp up its national expansion

“Since day one, Judo Bank’s purpose has been clear, to be Australia’s most trusted SME business bank by bringing back the craft of SME relationship banking,” he said.

“Australian SMEs have been unable to secure the lending they need and the service they deserve to support and grow their businesses.”