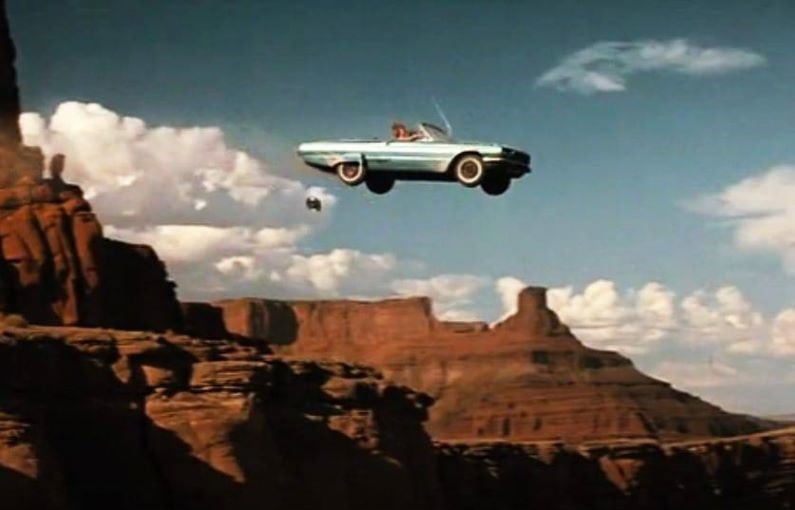 Afterpay’s $39 billion takeover deal with Square dragged down the Australian fintech’s share price yet again amid delays and the US payments company announcing a rebrand.

So around a quarter of that value has now disappeared over the last four months.

One problem over the past month is that Square’s share price has fallen from US$255 on November 1, to US$194.50 overnight, and like Thelma and Louise in the movie of the same name, Afterpay’s gone over the cliff with Square amid a general fall in BNPL stocks.

Meanwhile, there are a lot of balls in the air for both companies.

Afterpay also told the market this morning that while a range of regulators, FIRB, OIO, Spanish FDI and ATO have signed off on the deal, they still awaiting approval from the Bank of Spain on conditions . As a consequence, the company has decided to postpone a scheme meeting planned for this Monday, December 6.

“Afterpay and Square are confident that the Bank of Spain condition will ultimately be satisfied,” the company said it its statement to the ASX, adding that it expects that to happen in mid-January 2022.

“Afterpay and Square are in the process of considering options to proceed with a Scheme Meeting before the end of CY21, notwithstanding the fact that the Bank of Spain condition will not likely be satisfied prior to that time,” the statement said.

“If Afterpay and Square determine that this is not possible, it is likely the Scheme Meeting will be delayed until the new year. Implementation of the Scheme is still anticipated to occur in Q1 CY22.”

Meanwhile, this happened today too: Square is changing its name to Block.

We’re changing our company name so we can give the full @Square brand to our Seller business. So now we need a name to tie @Square, @CashApp, @TIDAL, and @TBD54566975 together into one. That name is “Block.” Why? https://t.co/vVSKNnMUU3

“Not to get all meta on you… but we’re going to! Block references the neighborhood blocks where we find our sellers, a blockchain, block parties full of music, obstacles to overcome, a section of code, building blocks, and of course, tungsten cubes,” the Block tweets go on to say.

And that means a few things need to be shuffled around, with Square Crypto also changing it name to Spiral BTC.

Oh! Obviously Square Crypto no longer makes sense, so the team is changing its name to Spiral (@spiralbtc). This rebrand reflects their focus on #bitcoin as it continues to grow like a spiral from a single point, encompassing more and more space until it touches everything.

Add to that the fact that Squar… sorry, Block head, Jack Dorsey, stepped down as Twitter boss.

Previous article The best way to make sure AI doesn’t steal your job is to work with it, not against it
Next article Touchless tech startup Elenium Automation bags $10 million raise
Via ASX
Tags Afterpaymerger and acquisitionsnewssquare