Antler opens its playbook to budding entrepreneurs, with a new online course 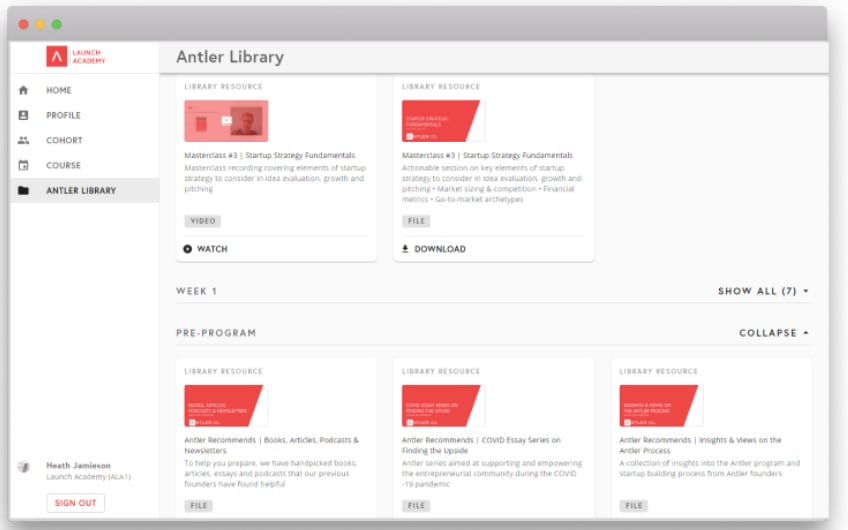 Antler, a global early-stage VC which enables and invests in exceptional entrepreneurs, has launched a 5-week free online course, opening up the company’s playbook on how to build and scale global tech companies to aspiring future founders.

Antler, a global early-stage VC which enables and invests in exceptional entrepreneurs, has launched a 5-week free online course, the Antler Launch Academy. The course opens the company’s playbook on how to build and scale global tech companies to aspiring future founders.

Antler Launch Academy, designed to share the educational components of the Antler program, will not only equip budding entrepreneurs with a founder’s toolkit, but it will also create an investment pipeline for the VC.

“After developing a startup generation playbook over the last two years, we felt we had a great opportunity to activate, energise and support the broader community,” says Antler Education co-founder and COO Heath Jamieson.

“We have thousands of applicants apply to the Antler program every six months, but unfortunately we do not get the chance to work with everyone. This new platform allows us to extend our impact and hopefully some course participants will go on to be successful within Antler in the future.”

Antler Launch Academy, which sits within the broader Antler Education, is designed to be 100% online and is flexible for different work schedules. Bi-weekly masterclasses are hosted by Antler’s venture builders, investors, portfolio founders and guests.

Content covers the fundamentals of launching a startup such as idea generation, design thinking, building MVP’s, assembling a team, and fundraising.

“Joining us we have both ambitious individuals who are pre-idea as well as startups who seek to validate what they are building,” says Antler Education Venture Manager Rebecca Holdt.

“Masterclasses provide insights on characteristics of a venture backable business as well as how to strengthen pitches for VC funding.”

The Antler Launch Academy team poses weekly challenges, offers feedback through office hours, facilitates the connection with others in the cohort and shares an array of resources via their online platform.

“We considered our beta cohort successful so we are excited to continue the program in the future. We have had more than 1000 sign-ups, an organic community has started around the course and have been overwhelmed with requests for input and feedback,” Holdt says.

Antler Launch Academy is currently available for those in Australia and New Zealand. Whilst currently based in Sydney, the team have their sights set on global expansion in August.

If you wish to join Antler’s next Launch Academy course kicking off in July, learn more at antler.co/antler-launch-academy