One of Australia’s most influential female entrepreneurs, who’s presented in her swimsuit, has joined Antler’s new Sydney startup program 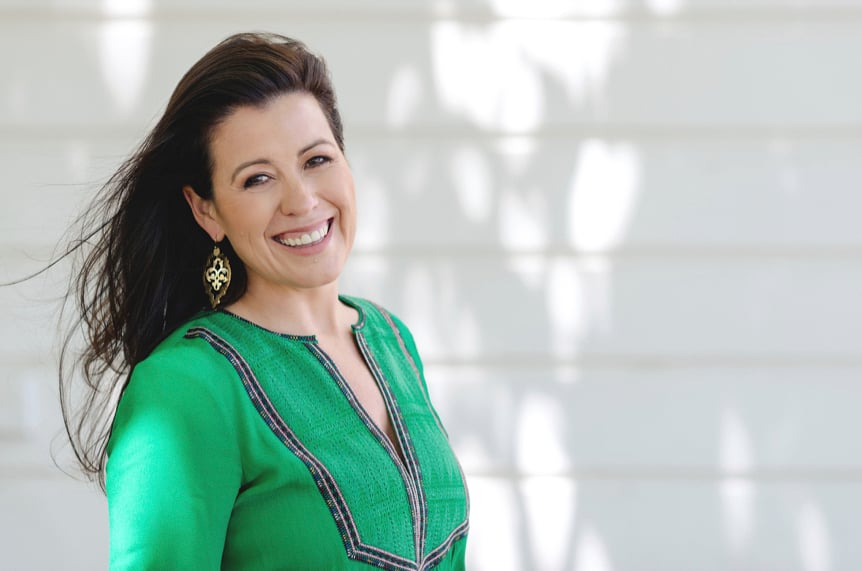 Global startup generator and VC company, Antler, which launched in Australia in March, gets down to business next month when its first Sydney program begins on June 3.

More than 900 people across Australia applied to be part of the program and 60 would-be startup founders have been offered places in the six-month program to develop their nascent ideas. Antler’s aim is to generate 50 local businesses annually from its efforts.

The good news is that if you have an idea it’s not too late to join that inaugural class. Antler is still taking applications for the June 3 program. You’ll find details here.

Antler provides founders with funding from the beginning, pathways to additional capital, access to a global network of advisors, investors and other entrepreneurs, and can even help you find a co-founder with complementary skills and ambitions.

It’s also tried to find a balanced mix between commercial and technology entrepreneurs and gave Startup Daily a sneak peek at some of the talent taking part in Antler’s startup generator. 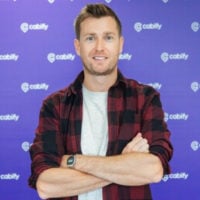 Three of them David Smyth, Lars Oleson and Towe Ahrnhom – dubbed “a unicorn builder, a serial entrepreneur and angel investor, and a corporate hustler” by Antler.

Smyth was one of the first hires and head of product at Cabify, who helped build the Uber-rival’s value from $80 million to $1.5 billion in just five years. He previously helped build Cudo.com.au, before it sold for $60 million. Now he’s transitioning from unicorn builder to startup founder.

Oleson has exited three highly successful businesses, including one acquired by Alipay. His first venture 20 years ago as he left uni was electronic medical records product, which netted him $US80,000 at age 23. Since then he’s been consulting, leading software engineering teams and investing in tech businesses.

Ahrnbom is a former EY management consultant who moved from Stockholm to Sydney, who ditched corporate life to join a startup to launching a European retailer in Australia. She has now signed up for Antler to go solo.

“Antler is a brilliant concept, and there’s really nothing to lose. You’re getting to be together with brilliant people in a very inspiring, fun environment where you’re bouncing things off each other and creating a state of flow where everyone is solving problems,” she said.

For Smyth the program is a chance to reestablish his roots after years as a tech expat.

“After having been outside of the country for almost seven years, I really lost a lot of contacts in Australia,” he said.

“So Antler was also a way for me to get back in touch with the other really smart people in a similar situation, working on other good ideas. If it was just myself in a room it wouldn’t nearly be as appealing.”

Another of the cohort is a Penny Locaso, who two years ago, aged 41, gave an address before 100 professional women in her swimsuit to demonstrate how to get comfortable with discomfort in order to generate change. That moment inspired her next push to empower women, #NakedForChange.

An entrepreneur and motivator Locaso founded B.Kindred in 2015, becoming the world’s first “Happiness Hacker”. She’s set herself the goal of teaching 10 million people how to future-proof their happiness by 2025, enlisting technology and artificial intelligence to assist

She did it all at a time of enormous upheaval in her life, changing states, and leaving both her long-term corporate job and relationship.

Locaso is one of a handful of women to take part in the executive leadership program at Singularity University at the NASA Research Centre, and she now returns as a guest lecturer, appearing alongside some of the world’s best technology and Artificial Intelligence innovators.

Last year she was named one of the nine most influential female entrepreneurs in Australia.

Now, after more than 20 years in business, with the last four focused on making others happier in life and at work, Locaso’s joined the Antler program to pursue her latest dream.

How to launch a startup

Startup Daily had the chance to ask Penny Locaso what inspired her to take this leap and talk to her about what she’s learned about business and life in the last few years. Here’s what she said.

Startup Daily: Hi Penny, you’ve already had an amazing business career. Tell us why are you joining Antler with a startup idea at this point in your life?

Penny Locaso: Because I am at a critical juncture in my business evolution. We are moving from a services based business to a product based business that requires significant technology to create the impact we seek globally on humanity.

Antler provides a unique opportunity to work with unbelievable people in business and tech to accelerate and scale our evolution and help people intentionally adapt to an exponential future.

I love their focus on taking people with great tech and business experience across diverse industries and helping them use tech to create businesses that make the world better.

SD: What is the most appealing part of the program?

PL: Experience has taught me that opportunity lies at the other end of human connection. Antler provides me with the peer community, mentoring and coaching to realise possibility and positively impact the future in a way that is meaningful. I’m blown away with the other participants in the program and honoured to grow business ideas alongside them.

SD: Are you coming in with an idea, or are you looking for a co-founder who has an idea that you can contribute you skills to?

PL: I’m coming with an idea that has gained a lot of interest with global companies who are seeking the “how to” skill a workforce for a complex and uncertain future.

SD: What are the biggest challenges for founders in Australia?

PL: The biggest challenge for me after managing and working in large teams in my corporate life has been the isolation of not having someone to share the journey with and bounce ideas off.

SD: Have you raised capital for your previous ventures? Was it hard?

PL: No, I have self-funded the last four years and invested nearly everything I’ve earned to build a global brand, experiment and create a hypothesis that now enables me to step into the tech space with insight, clients and grit.

SD: How important are the right connections when launching a business?

PL: Opportunity lies at the other end of human connection. You just never know who is in a room or who you might pass in the street or get in Uber Pool with. The right connection can be the difference between having a business in your backyard to one that takes you to Singularity University at NASA or Google.

SD: What was the biggest lesson you learned from transitioning from the corporate world to a startup?

PL: How unbelievably resourceful you can be, it’s amazing what you can do when you don’t have multimillion dollar budgets to develop your idea. I often believe those who bootstrap have a greater chance of success because there is no option but to get creative with your resources…that’s where the innovation is born.

Secondly, it’s that you have absolutely know idea what you are capable of. If you had told me I would be here having had the opportunities I’ve had as a happiness hacker four years ago, I would of said you were crazy.

Fear has become my best friend, learning to lean into it has created tremendous growth and opportunity beyond my wildest dreams. I often ask my audiences how much untapped potential are you leaving on the table by avoiding discomfort?

SD: How did you get involved with Singularity University?

PL: Through curiosity. I learned about them a little over 18 months ago and was fascinated. When they ran a summit in Australia I invested in myself and went…it blew my mind how far advanced tech was and how few people in our society realised how it was going to change every aspect of our lives very quickly.

After the summit I decided to apply for their executive leadership program out of a moment of leaning into fear. I was gobsmacked when they made me the offer to attend. I had no choice but to say yes and I knew it would change my life… it did.

That opportunity opened the door to the Singularity Ecosystem and a series of conversations with leaders about my world first pedagogy and measurement approach to amplifying the Intentional Adaptability Of Humanity in order to enable us to thrive in change.

Fast forward 10 months and I’m standing on the stage at Singularity University at the NASA Research Centre delivering a keynote and being assessed to join their faculty as an expert in humanising the future. Two hours later I had an email in my inbox inviting me to join their faculty as a guest lecturer. I’m so excited about working with them to solve global challenges in a world of exponential technology.

SD: What do you look for in an investor?

PL: I’m in this to make the world a better place, to address the angst and overwhelm so many are dealing with in the context of the pace and scale of change.

An investor has to want and care about the same thing otherwise it would be like living in a loveless relationship. Change takes time especially culture change I want someone who is invested in the journey with their heart as much as their money.

SD: You’ve positioned yourself as an advocate for women in business. In your opinion, what more needs to be done to help women, in particular, become founders of their own businesses?

PL: Where do I start? The first thing we need to do is support women to help them to build the courage and confidence to value their skills and take much bigger risks.

So many women I meet that have achieved amazing things still don’t value the skills they have to the extent they should. Women equally are more conservative in my experience in stepping into fear and risk. We need to dream big and then have the courage to act bigger.

I’ve also noticed that we are trying to encourage more women into STEM careers and I find this interesting.

What I notice is that most women go into start-ups to solve human problems not so much STEM problems. They want to make the world better and tech is merely an enabler to do that.

I wonder if we shared examples of female role models of women in human businesses who never saw themselves as techie but used it to solve the problem, whether that would connect more women into building STEM related startups.

Maybe they would see themselves through a different lens.